I am a relatively safety conscious kayaker. I carry this and that, and practice that and this. One thing I do is to carry a spare paddle on my fore deck, easily within reach. For example, if I capsize and lose my primary paddle, I can hopefully reach the spare and roll up. The extra paddle has at least two virtues. Firstly, it is a spare in case I lose or break my primary paddle. Secondly, I can switch to my GP from my Euro blade or vice versa.

However, my spare paddle has never been actually needed because of losing or breaking my primary paddle. Nevertheless, I feel safer with it. How about you? Do you carry a spare and have you ever needed it?

Same here. I try to always load up like it’s a long adventure. Safe habits and all that. I have never needed my second paddle, but feel safer with it. Recently I bought an Epic 18x sport and a mid wing paddle. Now I do actually switch back and forth between paddles, while I get to know the new stuff.

So I came to use my tow rope and my spare paddle for the first time on the same day.

I do some things out of habit such as taking an extra paddle even when it is A: unlikely that I will need it and B: if I did break/lose one the penalty would be low. I’ve built that as a habit so I don’t forget stuff. For a kayak, the basics are: PFD, Two paddles (mostly GP), paddle float, pump, sponge, & dry bag for keys. That’s for the small inland lake that I’m mostly on. There is more for Lake Michigan, etc. but I have to think about that. For the canoe, it’s PFD, two paddles, thwart bag that is usually stocked with seasonal needs, a clipped together collection of carabiners, pulleys, throw rope, bailer, & a small first aid bag.

Back to the original question - have I needed the spare? Not really although I’ve nearly lost my CF canoe paddle on a nasty portage & I grabbed the spare GP this summer when I was messing with paddle float re-entries & found the wind pushing me toward the reeds. Easier to grab the spare than to try to paddle with the float on the primary GP. Oh, the spare GP on the deck is often used to loan to a euro paddler. Several have found that they prefer the GP.

Yeah, needed it for myself one time when a piece of my ferrule mechanism went missing just before a paddle. Found it under the car when we got in but I was on my spare for the day.

Shortly afterwards I picked up a better quality spare. Learned my lesson about crappy spare paddles.

I had a crappy spare (free with a boat), but now I take one GP and one quality Euro every time. Never needed the spare per se, but when the wind kicks up it’s nice to be able to switch to the GP. It’s good to have the Euro as a loaner to a non-GP paddler in need.

For coastal paddling, I always have a spare plus I like to use a leash on my primary paddle. For smaller inland lakes I generally don’t carry a spare, but I have practiced paddling with just half of a paddle, doing a J-stroke like a canoeist. It’s inefficient but would eventually get me back to shore. I figure I’m much less likely to lose my paddle entirely on a calm lake, and more likely to damage a paddle blade or have a ferrule fail.

If we’re counting, I’ve never had to use my spare.

I always carry a spare for many reasons, the main being that someone in my group will, eventually break their paddle. Or, I may break it.
Like a First Aid kit, better to haul the extra thing than suffer if my main paddle is lost.

I always carry a spare.{carry a Greenland paddle as a spare and also use one} I end up letting other paddlers try one of my Greenland paddles and that still leaves me with one to paddle with, so I don’t have to switch with them and use theirs. {I don’t care to use a Euro Paddle anymore}

A spare is always on deck (unless I forget to have a spare in the car trunk). Though I have never had to personally use my spare, others have. Once a friend’s paddle floated off when the tide came in. Plus, I have trained rolling up with the spare in rough water conditions - try that two or three times and you will never ever want to lose your primary paddle again & you will learn a near bomb proof combat roll.

Also, friends who harass me about being too safety, Boy Scout minded have thanked me later when they were out paddling, broke their paddle, and just happened to have a spare because I make an emphasis of a spare during pre-underway safety chats.

On the Santa Fe river between the Hwy 27 and Hwy 441 I have used the spare paddle in shallow rocky water. It is cheap European blade and gets better thrust in minimum rocky water than my GP.

At some of the mangrove tunnels in the Everglades I used half of a spare paddle since the overhead was so small the long one piece GP was supposed to be in the way. A few trail and error and I just used a sculling GP stroke in short ceilings.

A true GP touring paddler carries the regular paddle plus a “storm paddle” . The storm paddle is shorter and used when the wind picks up.

When paddling at home I don’t bother with a spare paddle. On Lake Michigan I do carry my GP as a spare. While I’ve never needed it because of a problem with my Euro, I have switched paddles since the GP is easier in headwinds. That’s when a paddle leash comes in handy.

I have never needed to use my spare, but it has been a blessing to beginners who show up with long, Heavy, paddles.

On saltwater it is a different thing for me. The need for a spare is more apt to rear its ugly head. The other thing is that distances covered are often greater and having another gear to change to is a bonus.

My main paddle is a 205 Ikelos and my spare is a 210 Cypress. Both are bent shaft. Having the ability to change gears and bracing power can come in handy when some of the resources you are managing on a long trip is your strength, muscles and joints. The ability to change to the Cypress when resources are lagging and conditions are mild can extend a day. On the other hand if I am using the Cypress and conditions become moderate or moderate-+ the power of the Ikelos is a wonderful thing.

For me, a spare paddle on the back deck may as well be on the Moon because I cannot easily reach it if the need arises and it also means that I cannot possibly consider simply changing gears to maximize resources. On the front deck I can easily change paddles if I desire less resistance or more power.

If leading a group trip my wife and I usually bring at least one spare PFD, paddle, spray skirt. hat, and water. It’s amazing how often someone will forget one of these essentials.

I did carry a spare a couple of times, but quit. I do tether the paddle to the boat though. I have found a few paddles and where I mostly paddle, there are lots of boards and other debris on the beaches that could serve as a spare if needed.

I also ascribe to the better safe than sorry mentality and take a pump on every trip. On low stakes paddles (easy conditions, close to home, close to shore), I have a telescoping single blade paddle that I can tuck under/next to my kayak seat. I think they’re more often sold in the powerboating sections of stores. Very inefficient, but would work in a pinch to at least get to shore in sheltered waters. I’ve never had to use it as a replacement for my primary paddle, but have used it in tight quarters (swamps/creeks/culverts) when my one piece kayak paddle was too long. It’s also small and light enough to use one handed, which is nice when you’re doing a task with the other hand and need to scull to stay in place.

This reminds me of seeing a couple teenagers on Split Rock in NJ paddling a beat up old canoe with tree branches, leaves still attached. The canoe could have been abandoned or possibly “liberated” - in any case it was painful/hilarious to watch.

Not proud of my mistakes, but yes, I did use my extra paddle one time. I got hung up on a rock in the Shenandoah and while using my hands to free myself, my primary paddle slipped into the river.
For river paddling, I just keep one half of a kayak paddle on the bow, as it’s enough to get me where I need to go, and it did just fine.

Once in the surf I broke my paddle (bad roll in shallows where I ended up pushing ff the bottom, which snapped the shaft).

Second time was caught on film. Was running a pour over in waves that weren’t quite large enough. 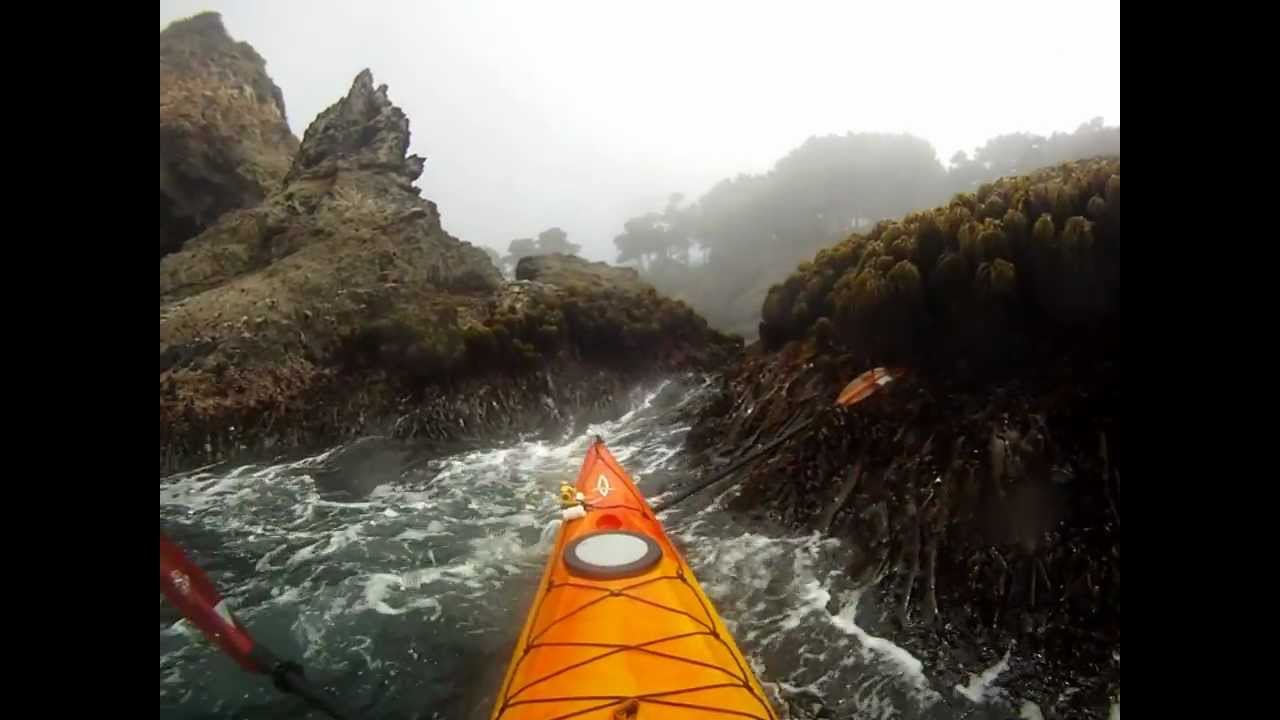