Had a relaxing 4 days car camping at a beach site. Probably half the camp sites were taken, mostly by RVs. OF course, it was pouring rain for a day and a half. Wind was non-stop. But always a silver lining: 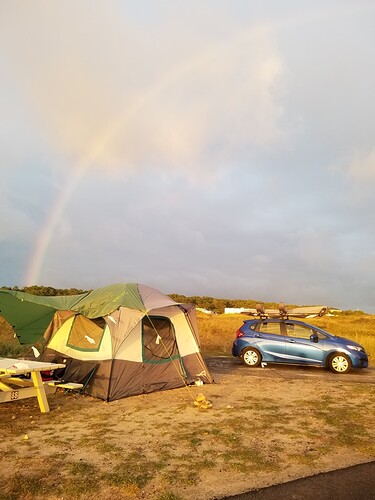 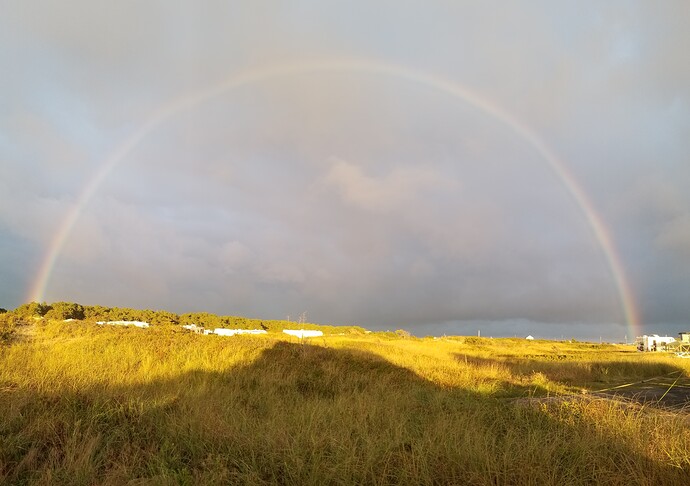 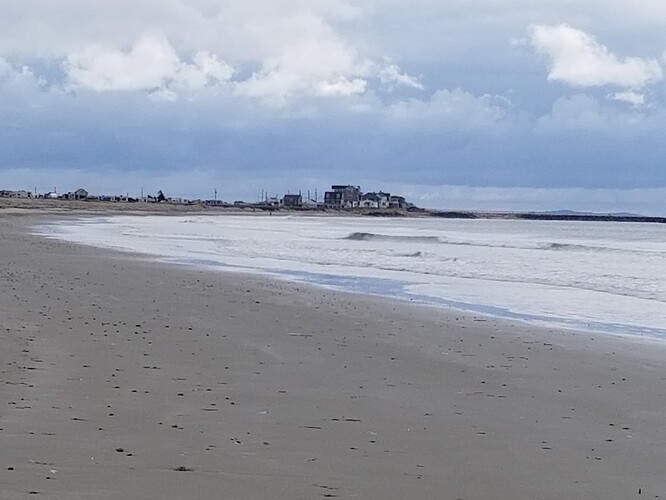 Nicely formed waves, but too small to generate any great impetus to get out the waveski. 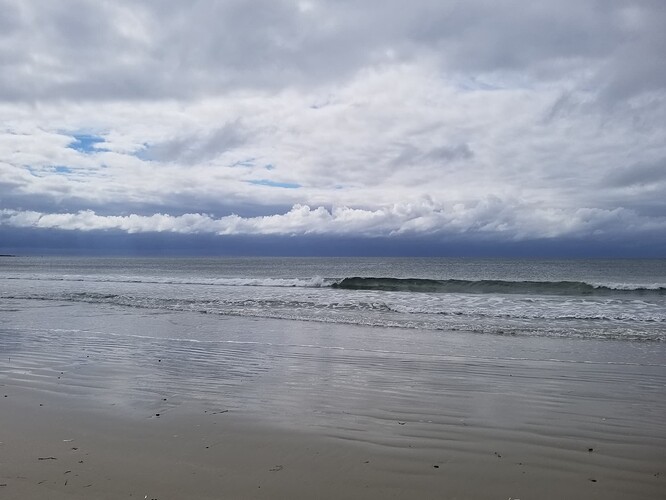 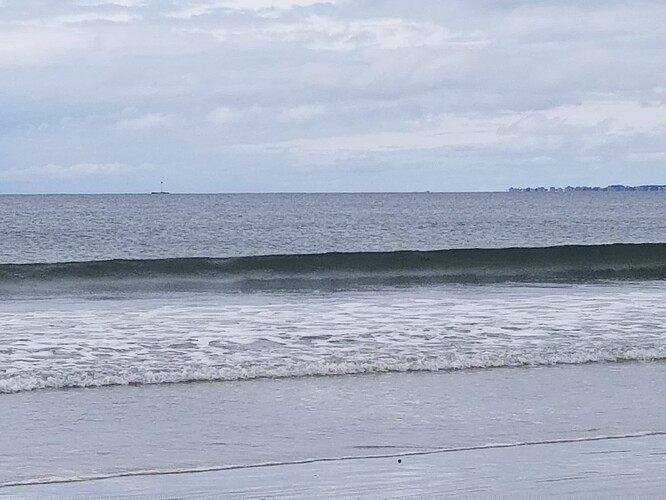 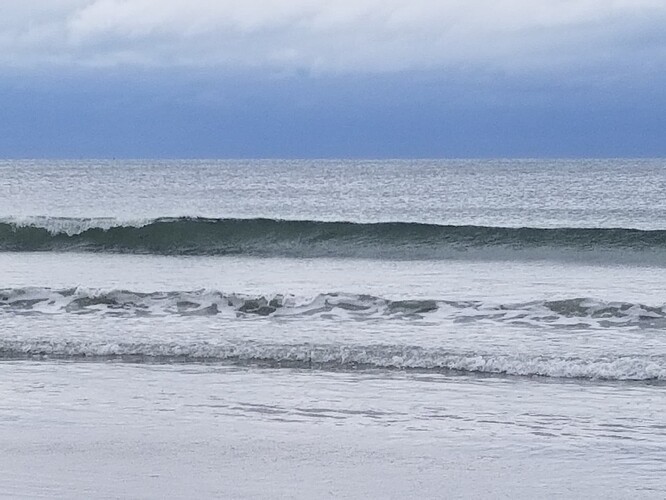 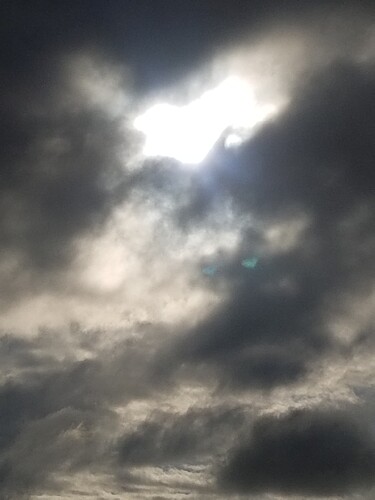 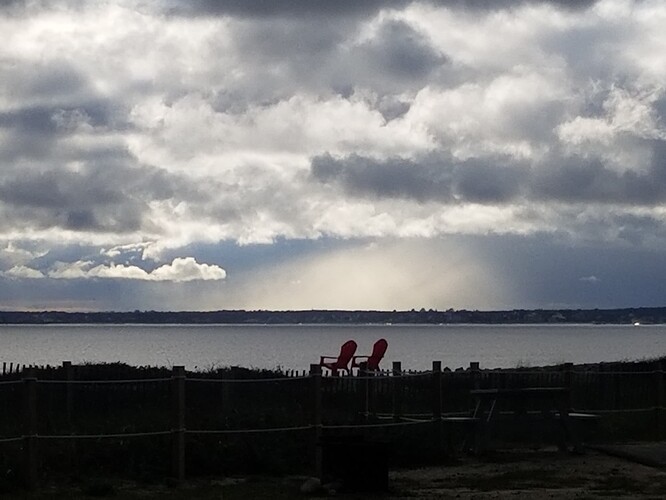 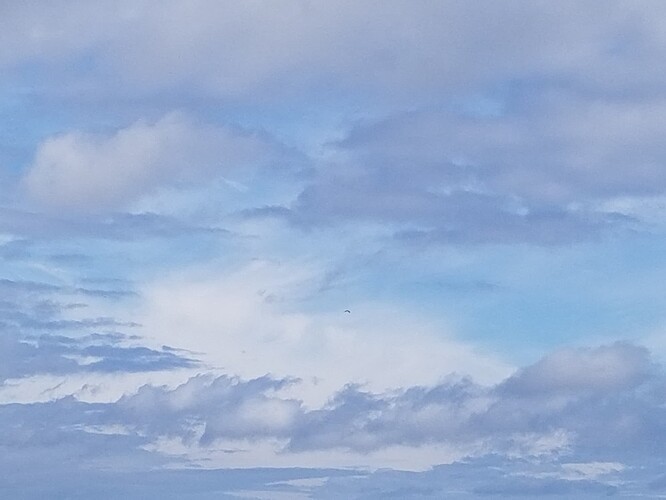 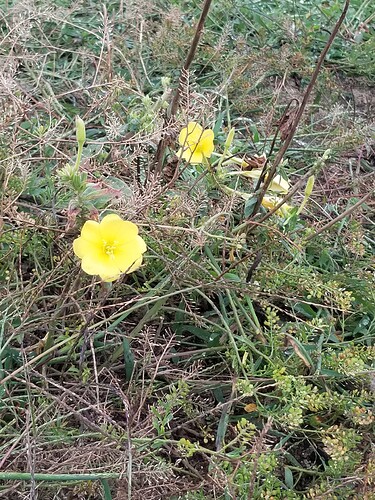 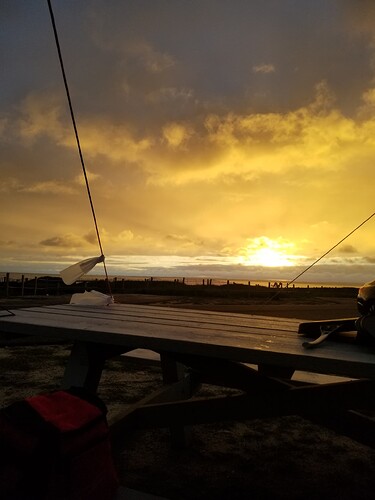 Camping isn’t complete without rain. Before I got old enough to think that a cabin was camping, my parents had us camping for days in the rain. In canvas tents with a tarp over the picnic table.
I guess my Dad thought it was no big deal after the years he spent camping in the South Pacific during WW2.

That looks very familiar. If it’s the barrier beach I am thinking of, I camped there many times in ‘85-‘87. The off season was my favorite time, though. Walking the beach from November through late March was so peaceful, and winters were milder there than in metro Boston.

…unless there was a storm! One day I actually feared the roaring, hissing waves that visibly grew bigger as I walked might break rights on me and wash me out in the cold gray-green-white cauldron.

But the calm days could be placid, indeed.

That 4th photo looks like the approach to Town Beach.

Yup. Horseneck Beach reservation. You’ve been there. This was my first time. I had hopes for bigger waves. Wasn’t to be but I had a relaxing time. I did leave a day earlier than my reservation because the Boston Buoy was showing Hurricane Earl swells propagating the east facing beaches near home. So I am getting my wave riding fix at the homebreaks.

Didn’t mind the rain. The set up was tough though. I had to set up the tarp first - in strong winds - so I can then set up the tent from underneath. I didn’t want the tent and my sleeping gear to get wet. Took twice as long but it worked. It was all good listening to the rain pelting the tarp and tent for the next day or so.