I’ve been searching around a bit for a canoe for me, my wife, and our two girls to paddle some of the rivers and lakes in Michigan.

I’m in grad school so on a really tight budget and everything in my price range was aluminum or poly, which I was hesitant to get. Then I happened upon what I think is an awesome deal on an old town tripper and have arranged to inspect and buy it Monday, but I just wanted to make sure it really is as good a deal as I think.

It looks like it’s in good condition and according to the seller the yoke and gunwales are still in good shape. The serial number is faded and he couldn’t find the hin, but I think I’ll be able to find it when I get there and confirm the year. (From a little research I’m thinking it’s from the late 70’s)

He’s asking 225. Is there anything to look for that would cause that to not be a great deal? Or am I wrong in my thinking that it’s a cheap price?

As far as longevity, will this keep holding up? I’ve read that royalex is super durable, but do the 40 year old ones out there still have life left in them? I’d like to eventually try out longer trips and hang on to this a while.

Thanks for the help, like I said, money’s tight so I want to make sure I get the most out of it that I can 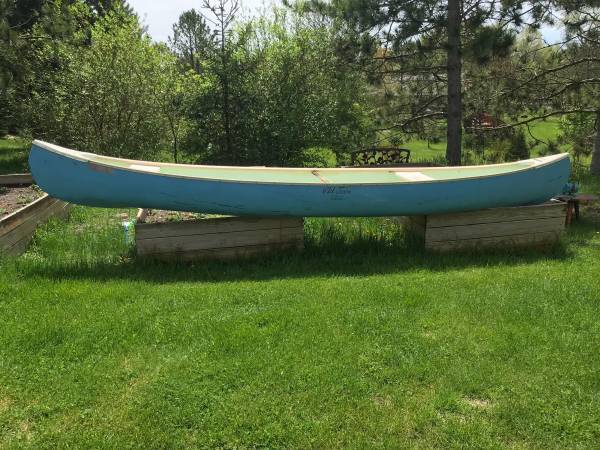 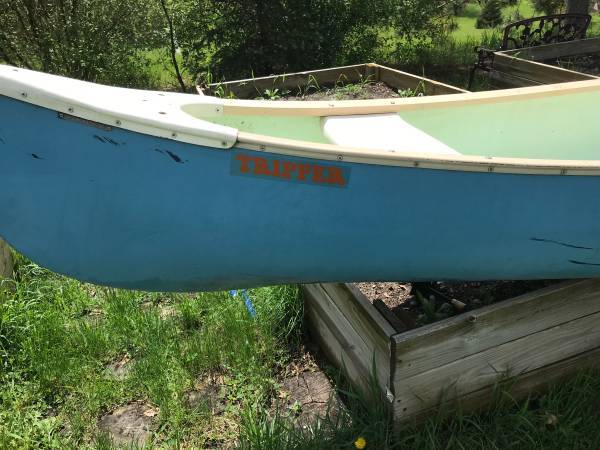 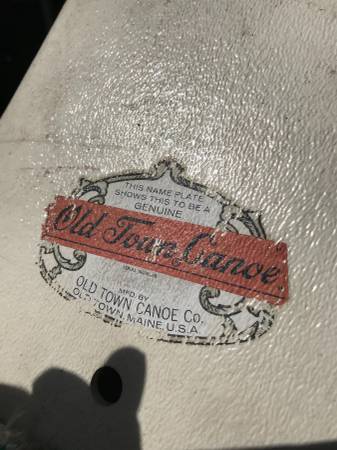 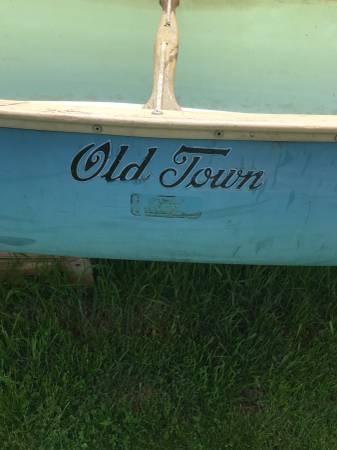 Royalex will last a long time - especially if it is stored inside. I have two boats form the mid 80’s and one from the early 90’s and they are as good as the day they were made. The problems I have had with Royalex are when the outer vinyl layer gets worn off or you poke a hole in it. I don’t see any evidence of damage on this boat - many more years of use left. $250 is not a bad price for an old Royalex boat.

I also have Royalex canoes dating back to the early and mid 1980s that appear to be in fine shape. I have never owned an Old Town with those blonde synthetic gunwales, but I have read comments that they seem to be more prone to becoming brittle than black ones.

a tripper is a good all around design, at 250 I would think you could get your money back sellling it used again if it turns out you don’t like it

Thanks everyone for the advice.
I made a deal with the owner and was all set to come pick it up Monday, but he got another offer for the canoe plus a trolling motor he was trying to sell with it. That might fall through, but in case it doesn’t I’ve been looking and found this Mohawk canoe. 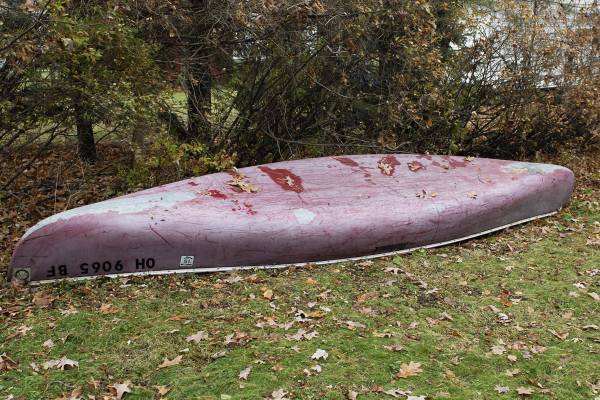 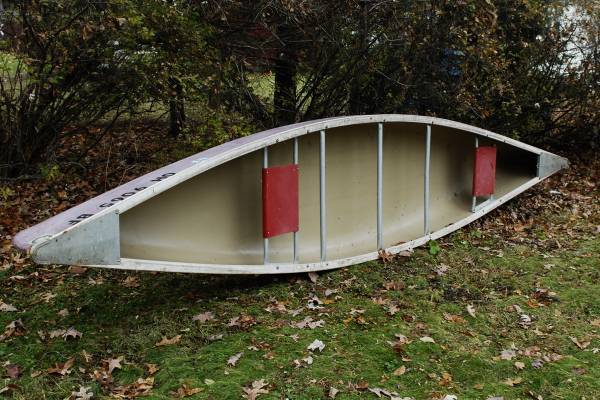 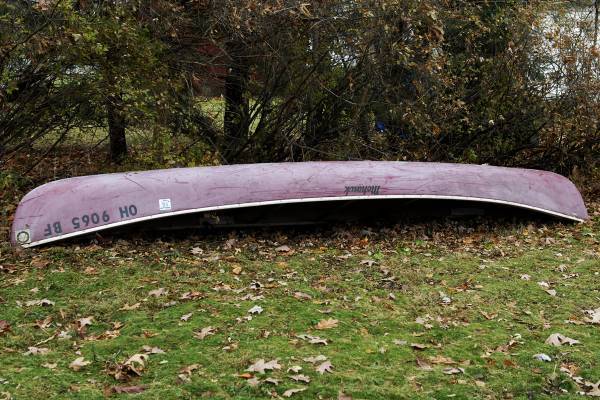 The guy bought it new in 1985 and says it’s all stock except a bit of Bondo to the hull (seen in the photos). It looks like a royalex boat, which I prefer to the aluminum or poly boats that are in my price range.

Anyone know what model it is or what it might be worth? Seller says it’s 16’.

I have a Mohawk Whitewater 16 - looks like the same boat. Mine is 1987, and is built like a tank with vinyl gunwales and wood thwarts (mine is outfitted with bags and straps). Mohawk did make some fiberglass boats, but that does look like Royalex. Great boat - I love mine, but I’d be a little leery of a boat with that much bondo. Might be fine, but I found that my repairs like that needed constant maintenance - look for cracks in and around the repairs. If the repairs are OK I’d pay a couple of hundred bucks. It doesn’t look great, so it might not be as easy to resell once it is yours, but that won’t effect how it paddles.

I think it highly unlikely you will ever get much of your money back if you buy the Mohawk, and try to sell it “down the road”. If you put money into repair work, and and cosmetic issues, you’ll probably lose all you spend. 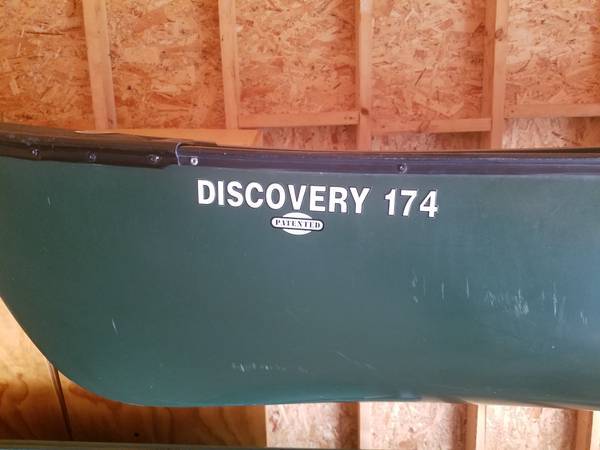 Frankly, the Mohawk appears to be used, abused, and left outside in the weather for a couple of decades. No telling whats hidden by globs of bondo. You can do better if you are prepared to pony up 4 to 5 hundred dollars for something in decent condition. I have enclosed a couple of photos of an example of what I mean. An Old Town Discovery 174 in lightly used condition for 4 hundred bucks. Seller might turn it loose for 350.

Thanks for the input eckilson. Bob- bumping up the budget is something I’ve thought about, but I think the only viable way for me to do that is to wait till next year and I’m itching to get out this summer.

The seller got back with some more pics (which aren’t saving to my phone so I can’t post right now). The serial number says it’s an 83 model. I’ll check tomorrow to confirm it’s a whitewater 16, but I’m pretty sure it is.

He chipped off a bit of Bondo to show it’s just covering where the vinyl wore off, exposing the abs underneath. Aside from being faded and the thin coats of Bondo, everything else looks sound.

So for a first, cheap boat, at $225 will this be better than the aluminum or poly boats out there? I feel like it would be.

Thanks again for the help.

I spent $200 on a solo whitewater canoe with similar damage. The vinyl was worn off and there were cracks in the ABS that would allow water to leak into the foam. I melted down lego blocks in MEK and painted the slurry over the cracks - red boat, red logo blocks. (If I ever have grandkids, they will probably wonder why there are no red logos at my house.) It worked fine, but the slurry would crack and wear off eventually, so the process had to be repeated. This went on for a couple of years until the problem was solved when someone stole the boat from the take out while I was shuttling - guess it looked OK.

If you don’t mind the weight (mine weighs a ton, and the older boats are even heavier), the whitewater 16 is a good general-purpose boat. It is wide, flat bottom, has a bit of rocker, so it is a good river boat. Definitely not a lake cruiser, but I’ve had mine out on some windy lakes. Two adults and two kids would probably do better in a 17-foot boat, but you definitely wouldn’t have to worry about the first scratch and I don’t think anyone would steal it.

Lol I think you’re right about it not getting stolen. I like the melted Lego idea, too.

I was talking to my wife today and she needs a haircut and a day at the spa, so I’m going to give her my canoe fund and wait until next year. The kids will be older and I’ll be out of school, so it will simplify everything anyway.

Thanks for all the advice, it’s gotten me more excited about when I will buy our first canoe and I know where to come if I need any advice!

All of those were newer and likely have or had (I didn’t keep all of them) more life left in them than both of those you showed here.

Those good deals do come along, and if you aren’t dedicating a fund for it, they seem to appear without warning when money is tight.