Hey guys! Wanted some advice. Have zero experience with a canoe, but I have been kayaking for a little while. I’ve decided to make the switch and get myself a canoe, mostly to fish out of. I’ll be taking it on large ponds and calm lakes. My budget is very low, but I do have a relatively inexpensive kayak to sell/trade. I’ve decided to go the trade route, as I’ll get a better value. I should add that I’ll be solo most of the time, but it would be great to take my wife or my kids along sometimes.
I’ve gotten a few potential trade offers and I was hoping to get some advice. Here are the canoes that I’ve been offered in trades…
Rogue River 14
Old Town Guide 147
Old Town Saranac 146

I’m thinking the Saranac is my best bet. It has a middle seat that I assume I can use when I’m solo. The Guide is a great canoe (says the reviews) but may not be good for solo paddling??

Any advice would be much appreciated. I am a total newbie here! Thanks in advance!!

The Saranac will probably work. It is very far from a high performance canoe and it is heavy, but if you can handle the weight and don’t plan to paddle long distances, it might suit your needs. It won’t be terribly easy to paddle solo because of its width, but if you are not to small and don’t plan to go far or fast, it would be manageable.

The Guide is probably the better canoe overall, being three layer, roto-molded polyethylene as opposed to single layer thermo-formed polyethlene making it more rigid. But it is just as heavy or heavier, and even wider. However, you could add a kneeling thwart to the Guide positioned just behind the bow seat and facing toward the stern, and paddle the canoe solo from it.

Great info, thanks!! I’m not sure how comfortable it will be to kneel, especially to kneel and fish but I’m open to try. What about installing or moving a seat? Is that feasible? Maybe move the rear seat in the Guide up a bit for solo paddling?

In addition to the seat you would need some seat hangers and some stainless steel hardware to mount it. The ends of the seat frames are trimmed to the width appropriate for the hull width at the position you want to mount the seat.

Unfortunately, with the molded poly seats that those Old Town canoes have, you can’t sit backwards on the seats. Many people paddle tandem canoes solo by sitting on the bow seat (which is always closer to the center of the canoe) facing the stern of the boat. You would need to replace at least the bow seat of the Guide to make that an option.

Forget about removing, replacing, or moving seats in the Saranac. That boat is single-layer polyethylene. The problem with single-layer poly when used for canoes (which lack the decks that give kayaks structural rigidity) is that single-layer poly is excessively “floppy” when used for all but very short canoes. In order to make a single-layer poly canoe hull stiff enough, the material would have to be so thick the weight would be absolutely prohibitive. Manufacturers get around that by using some type of “endo-skeleton” that adds some rigidity. The Saranac also has longitudinal ridges and grooves in the hull bottom which add some stiffening.

The endo-skeleton of the Saranac is composed of the seats and the center console/seat. These all have thick “footers” that extend down to the hull bottom to help stiffen it. But you can’t move these seats and replacing the seats with some that do not have the footers, or removing the center console would make the hull very floppy indeed.

More great info, thanks so much!

Things have changed a bit, these are now the canoes I have to choose from… 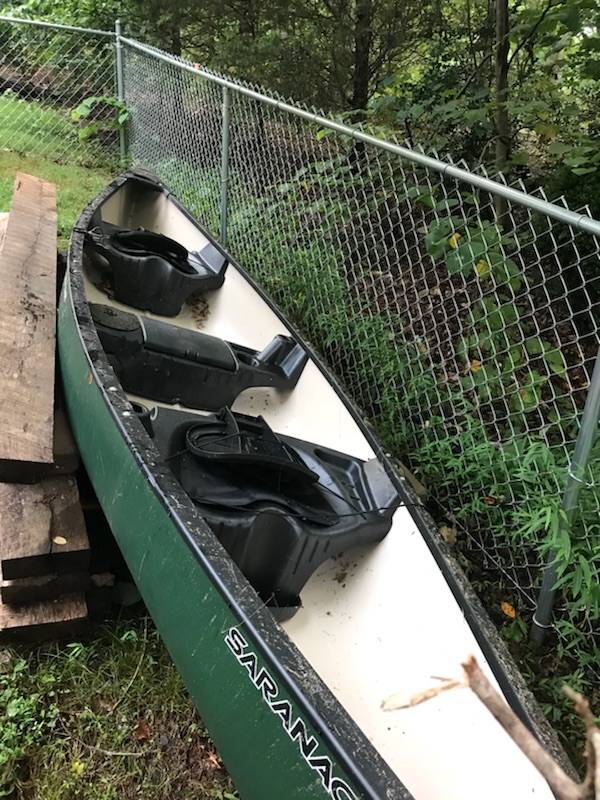 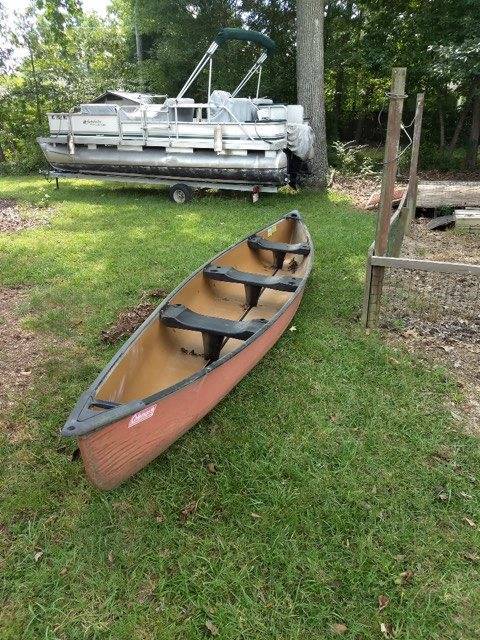 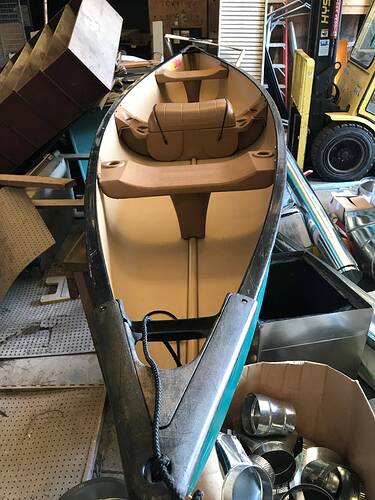 Any thoughts on which one I should choose? I was leaning towards the Saranac but the Coleman and Pelican would allow me to sit in the bow seat and paddle backwards when I’m solo.