Given the lack of surfable waves today, decided to paddle out to a tidal outflow in the Boston Harbor area to do some play in the white water. Unfortunately, I was about 60-90 minutes late in the ebb tide. The boulders that create a couple of good standing waves in this spot (the second outflow) were completely exposed. I also forgot to bring my helmet. So, had to play “cautiously” as the white water was pretty “boney.” Didn’t want to start my New Year paddling by cracking my head and get knocked out in the shallow rocks underneath. 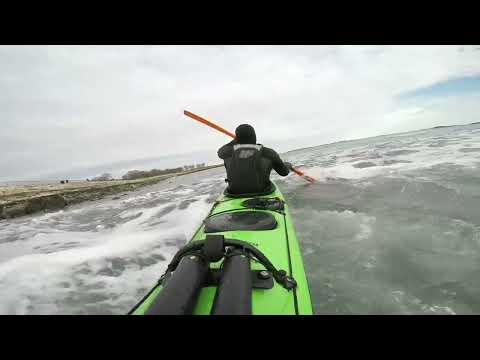 It was a nice quiet day in the Harbor. Only traffic I saw was a large freighter sitting in the channel way out in the outer Harbor, and a lone sailboat getting in a new year’s sail.

Today was my first time out this year too. 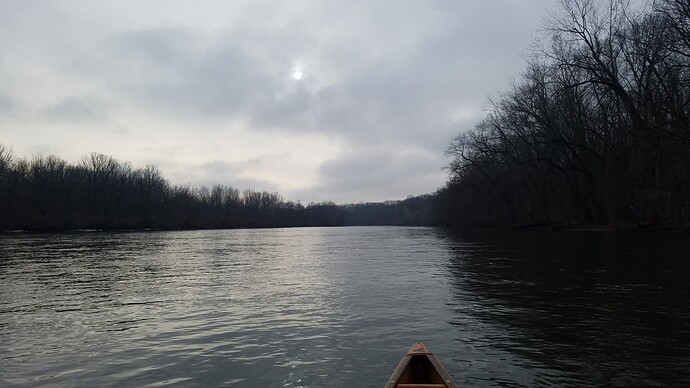 Got an early start on Spring clean-up. 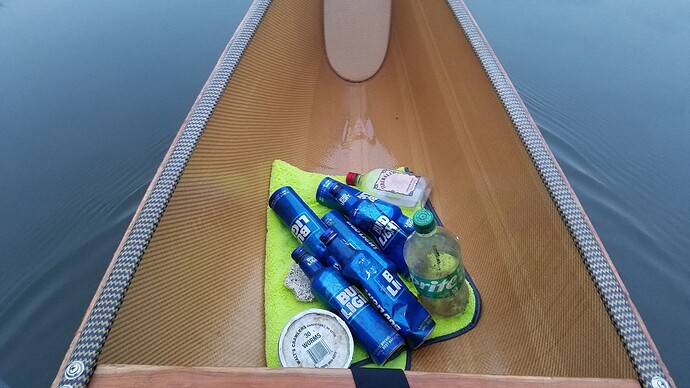 Under the same “silver lined” sky, another tranquil paddle.

Also, thanks for picking up for the “poopers”

who think the outdoors is a large trashcan.

Quiet indeed, looks awfully lonely out there, if you needed help. We have been getting huge storms, with big blown out waves and lots of runoff. More on the way, so I have not been our for almost three weeks now. Just had my son and his wife and my grandsons for 10 days and we made it to the beach once between storms. At least we got to play in the tidepools. I’m about to become an official senior citizen and feeling a bit bummed, where did the years go?

I’m about to become an official senior citizen and feeling a bit bummed, where did the years go?

Yup, time passes quicker than we appreciate. You and I met when your kids and mine were barely in high school! Now, we are grandpas!!! I enjoyed playing with the granddaughters over the vacation (in between surfing sessions, of course!).

The beauty of senior citizen status (at least in MA) – I got a lifetime parking pass for the state reservations and beaches for $10 (in comparison to $15 a day parking fee in season). This year my sporting (fishing/hunting) license will be half price. WooHoo!!!

West coast is getting hammered for sure by those storms. But, you all need the snow and rain. When the storms get across the to the East Coast, I get some of the left over rains. The storm you are getting now will reach us for this coming weekend. Looking forward to at least one surf session out of it. 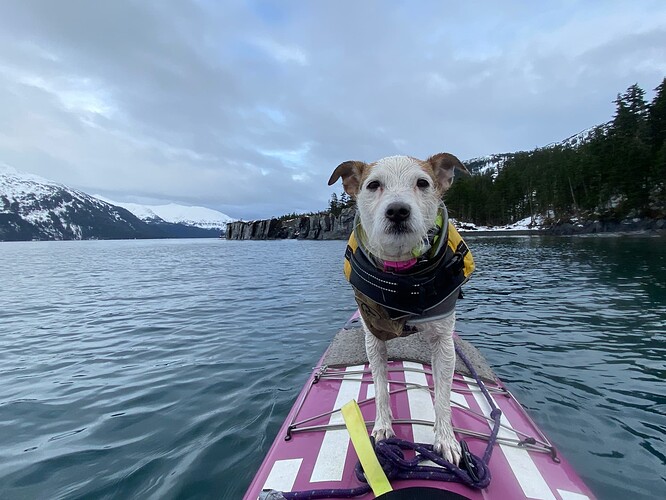 Glad you got out! Happy New Year to you, Paris and J!!! Chinese New Year is coming a tad early – at the end of January. You get to do it again!

Just got this vid feed on Steamer Lane. Guess it’s going off for you all! Love that set peak. Remember being out there at head height the day before the surf kayak heats. Had the (mis)fortune of being in the “line up” for that peak with Mike Johnson. Really wasn’t a line up per se, as MJ dropped in on every wave regardless of who had right of way. Still, that peak was amazing. 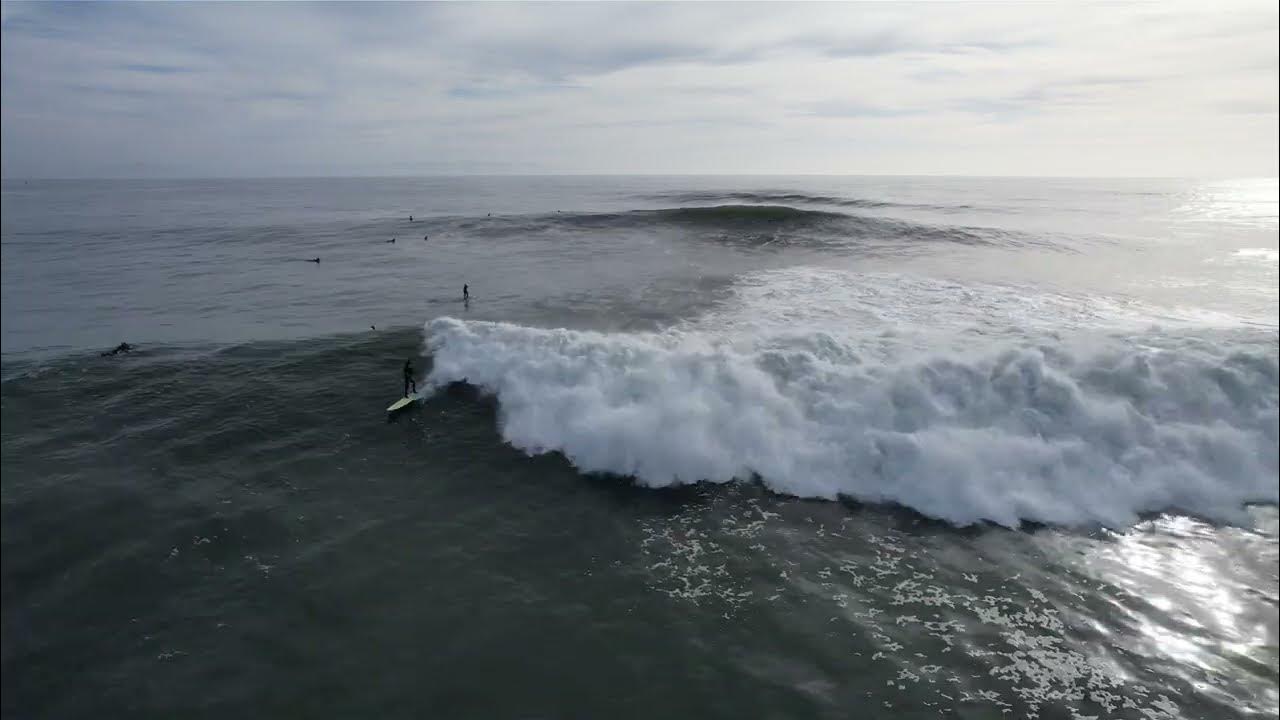 Looking forward to some action this weekend.

I think Mike is what is officially known as a “character.” The first day I met him surfing at San Onofre in the early 2000s he told us he was 62 years old. Man that seemed pretty old at the time, not so much now. He helped me buy a Mako Aquarius from a guy in NorCal and outfit it and then when I wanted to sell it he found a buyer in Boston area. He’s always willing to give advice. I put him on silent mode during the Trump Era though. Last time I surfed with him in the water he had this giant 12 ft waveski with a rudder and was dropping in on SUP surfers left and right and giving them hell.

Last time I surfed with him in the water he had this giant 12 ft waveski with a rudder and was dropping in on SUP surfers left and right and giving them hell.

I was wondering whether MJ was still alive or not. Now I know he is still up to his old tricks! LOL!

That was several years ago, I don’t go up to San Onofre anymore, it just got too crowded for my taste. I am Facebook friends with Mike, and he still seems to be alive but I think has mellowed with age.

Could this be a reason why we can’t get onto Steamer Lane, outside of the SC Paddle Fest event. Or that San O is divided between a boardie side and paddle side? 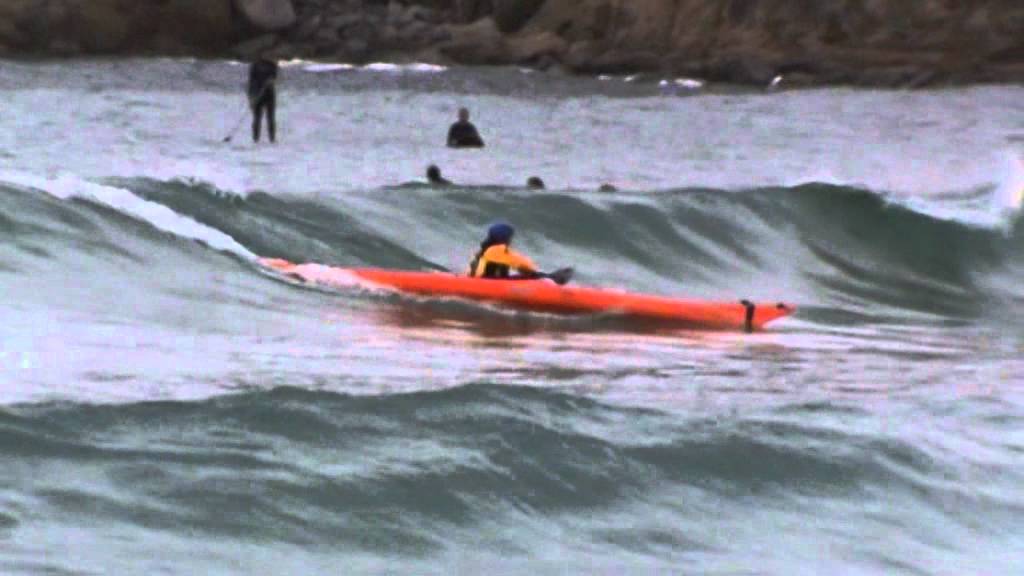