Our apparent options are:

Looking for thoughts on these options and/or other ideas. 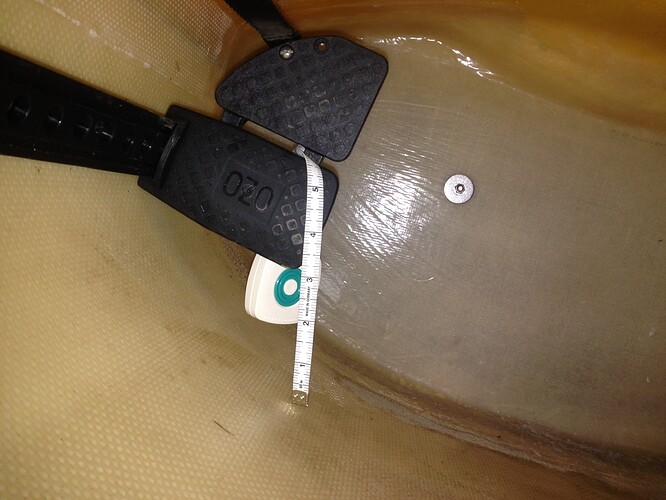 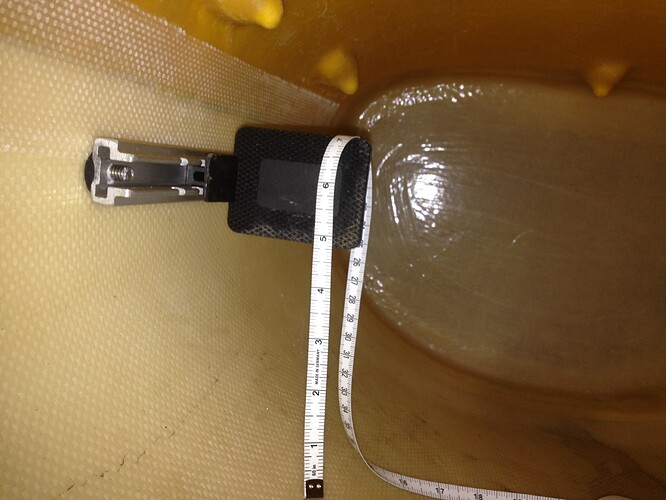 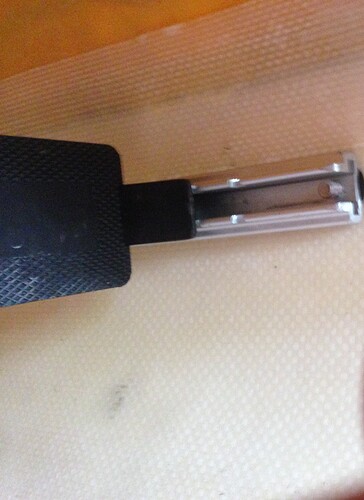 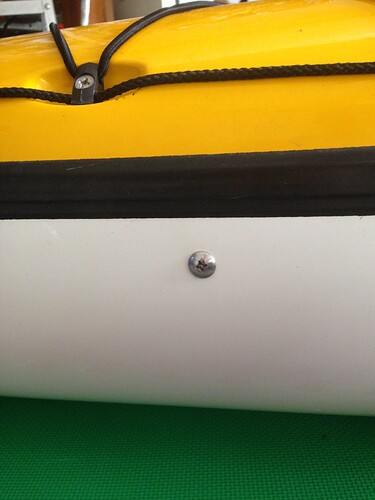 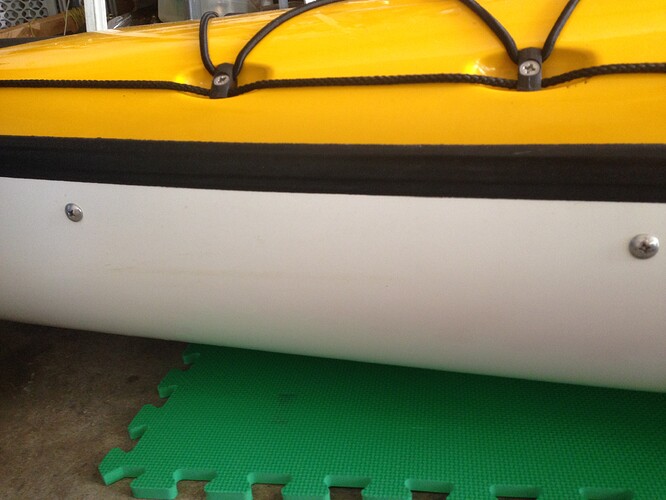 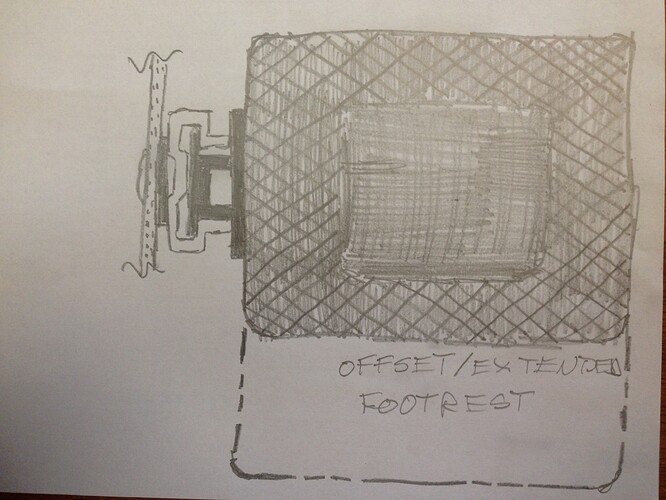 I installed different footpegs than those that came with a Looksha IV. This required that different holes be drilled through the hull. This would be equivalent to your option #1. It was quite easy/straightforward. The result has been satisfactory over a number of years. I can’t really shed light on your other options.

Thanks for that data-point. You said that you drilled new holes for the change. How did you seal the original holes?

The new footpeg track came with its own bolts, so I sealed the older holes with the existing older bolts. I may have capped the bolt ends so they wouldn’t scratch the paddler, but they weren’t an obstruction anyway. They do not leak.

Thanks. Since we’re not adding new tracks we’d just have to get an extra set of bolts to seal the four extra Holes.

Do you two switch cockpits often? If not, you may consider shaping a fixed minicell foam footrest customized to the paddler. Less destructive to the boat and can always be removed, tinkered with, or bumped fore/aft in sections.

My Looksha IV was a single with a rudder controlled by footpegs so a Minicell foam footrest was not appropriate. However, this is a bow cockpit on a tandem and your minicell foam solution is a better and more elegant approach.

Smart Track sells this Vertical Adjustment Kit. It’s just a plate that you bolt your foot tracks to that lets you offset the mounting height. Meant for their for tracks with 14.5 inch bolt spacing, but the instructions say it can be adapted to other spacings by drilling new holes in the plate. It might be another option for your list.

How did you seal the original holes?

You could just put a bolt/screw in the hole with sealant.

Your #5 alternative sounds a lot like a bulkhead foot rest, and, as AlwaysWet says, they do not need to be glued. They are simply pressed into place. That would be my choice for the first try. It gives you a relatively quick solution that can be switched back to what you now have easily, so makes a good “prototype”, if you will. If she finds she likes it, you may be done, if not, she at least gets to verify that lower is better, and then you can move on to one of your other solutions with this experience helping you decide.

But if done well, my guess is she will not want to go back. I would not go back to foot pegs, now that I have used a bulkhead foot rest. If you do, I suggest making it out of several layers, so that you can fine tune the exact thickness. I made a 1/2 inch thick layer, then several inch thick layers, and the final, sloped layer that was about 3 inches thick at the bottom, and less that 1 inch thick at the top. That also gives some adjustment in case other people to want to try it out.

My second choice would be extending the footpegs down, either by adding plates, of finding replacement foot rests. That would also be easy to prototype, and you could jury rig a temporary solution, then go for the final solution. And, that avoids the possibility that moving the rails down adds a change in angle of the foot rests that is suboptimal.

That general concept (if not that specific hardware) seems like a workable solution - and is not something that I had thought of. It seems like either this or a mini-cell foam footrest are the most promising.

Thanks for the tip!

Thanks for the detailed info. We’ll find a source for the materials and give this a try.

With the leg muscles being so powerful - is there any chance of compromising the integrity of the bulkhead? Normally won’t be pushing hard on the footrest - but will one good accidental push with both feet loosen the glassed-in panel?

That is a reasonable question. It looked like a glassed in bulkhead. If so, as afar as I know that should have sufficient strength. But I am not familiar with North Shore Kayaks. if you want to confirm, you could try contacting them to see if they see any problems.

If it is not strong enough, I would then go to the option of adding a plate to extend the foot rest, or add the extra rail as Wolf suggested.