Well it hit a balmy 41 today and yesterday’s snow is mostly gone and tonight’s isn’t here yet so hey, paddling weather!

Got on the St Joseph at Riverview Park which is close and easy. The park only recently reopened following the local flooding. Found what looks to be half a catamaran. It’s narrow and deep and has a keel and sounds fiberglassish if you bonk on it. Note the debris in the trees maybe five or six feet above the boat…it gives some idea of how high the water was. 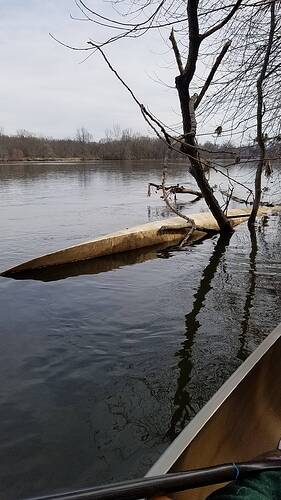 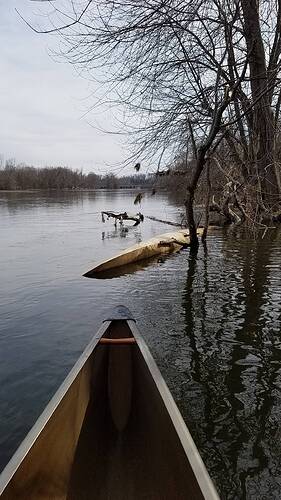 Not the best picture, but we found a lost boat few years ago on one of our local rivers after a freak June flood. It was pinned up against a tree below a dam - still had a dry bag with a phone and 2 PFD’s in it. 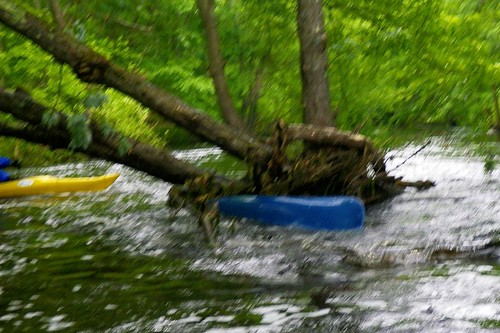 We used the phone to call the owner, and learned that they had tried paddling down during the peak of the flood and flipped above the dam. They got to shore, but realized that it would have been a lot easier with the PFD on, not just in the boat.

For those of you who remember Riverstrider, he had pinned his boat a little further downstream the same day. We were actually there to get his boat out, which we did. 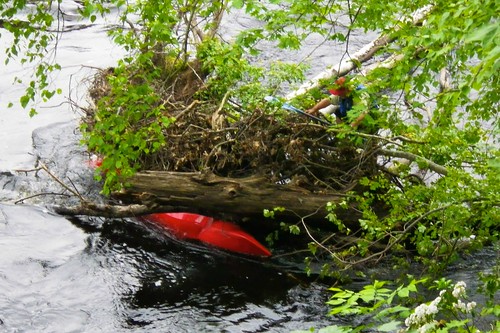 Here’s one that would be a chore to recover.