Gifts from the (inland) sea:

Gale warnings for the past two days on Lakes Michigan, Huron and parts of Superior. Lake Michigan waves near shore were coming in at ten feet. This photo was taken in Traverse City, showing salmon deposited on shore by the waves. Obviously lots of flooding and erosion. Photo originally posted on NWS.

Would that be “road kill”.?

Down in this part of the state the weather people called it “breezy” which apparently means wind speeds below about 40-45 mph. I was afraid to leave a car in the driveway for fear of big tree limbs (lots of little ones down in everyone’s yard). I think I heard on the news that 2018 had more days that qualified as “high wind” than the entire prior decade and 2019 is on track to beat 2018.

I see the big lake’s are making another big ‘Splash’. 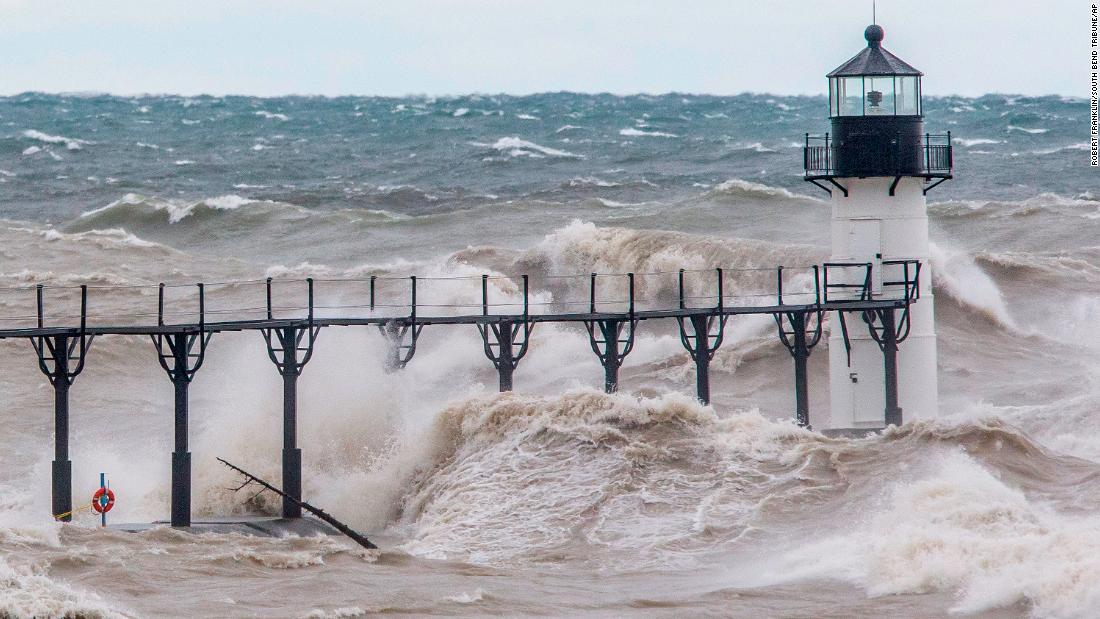 The second intense storm in a week is whipping up gale-force winds and waves as high as 20 feet across an already-high Lake Michigan.

Yep. We had a power outage in our neighborhood and even after the power came back on it just didn’t seem like a good day to go paddling.

Monday was crazy windy. Because of the wind direction, the waves and surf here at home were bigger than on Sturgeon Bay of Lake Michigan. Long power outage and lots of damage along some coastal roadways and shorelines.

Ferry to Mackinac Island was running (glad I wasn’t on it): 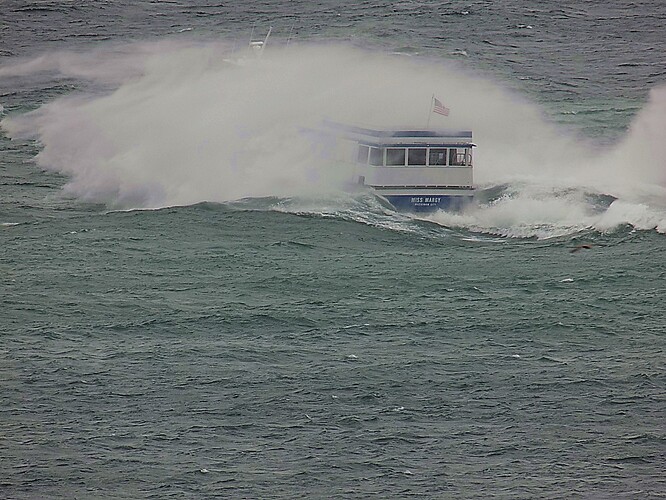 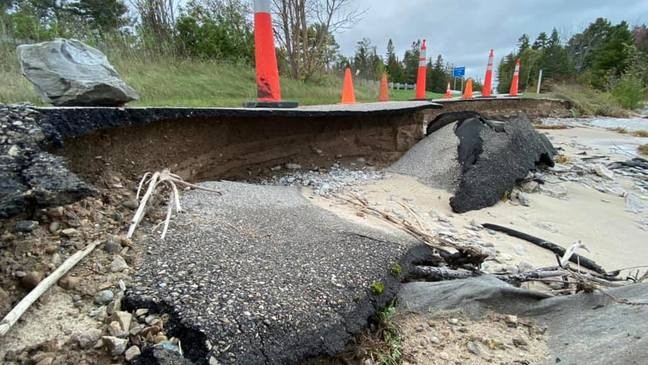 Portion of a road on Mackinac Island: 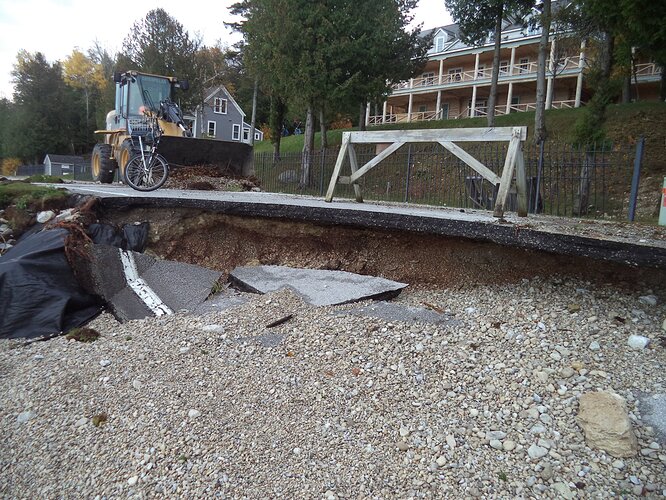