Nice way to start the long Patriots Day weekend. 3’ waves @8/9 seconds (wind swells) rolling in against a light diagonal offshore wind. Would have been good with the longboat… But given that I got kicked off the public break by Ranger Rick the last two times, stating that kayaks are prohibited, I went back with the waveski. 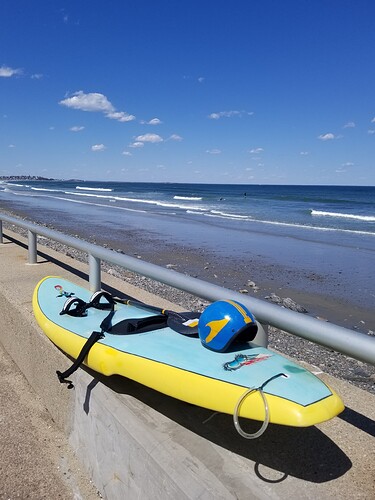 Did a pleasant two hour session with sunny skies and warm air temp at near 70 degree. Still had to wear mitts tho’ because water temp was still around 43 degree. Still, i gladly took it.

No more waves after today. Inland trout streams have just broke 50 degree. Time for the first flyfishing excursion of 2022!

Kayaks prohibited? For surfing or any paddling? Where was Ranger Rick in January?

Ranger Rick kicked me out last month, on a week day, right after a storm, when i was the only person at the break…

I searched Dept of Conservation and Recreation for the regulations. No such explicit prohibition. But I wasnt going to win an argument…

Too bad you cannot catch him sometime (without your kayak would probably be best) to have a better explanation.

I went through that here for a few years, one of the reasons I sold my Aquarius surf kayak, and mostly waveski or SUP now. I think the pandemic crowds might be responsible for Ranger Rick’s attitude if it’s like here, where EVERYBODY went out and bought a kayak and then headed for the beach.

Ranger Rick kicked me out last month, on a week day, right after a storm, when i was the only person at the break…

I searched Dept of Conservation and Recreation for the regulations. No such explicit prohibition. But I wasnt going to win an argument…

Only had one run-in with a DEM Ranger (or Environmental Police as the law enforcement unit is called in RI) in all the years I have been paddling. 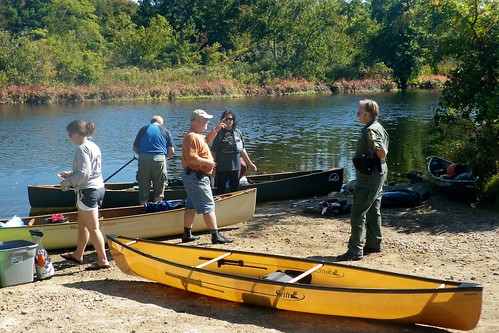 We were doing an overnight trip at a DEM paddle-in campsite. The office made everyone in the group show their PFD. She then gave us a hard time about overnight parking in the lot listed in the DEM website as the site for parking if you are using the campsites - we had to pull it up on a phone to show her.

Sometimes you can win the argument, but not often

Dialogue is better than confrontation. If you believe you are allowed to enjoy your surf session , just like, I like following them: I’d ask that Ranger to show you the regulations he is stating that he his applying , to prohibit your activity. It could be as simple as he is or you are mis-interpeting the regulation. If you believe you still have the right , I would then let him know that you would like to speak to his superior to get it sorted out. Good Luck!