Certainly better for the shoulders. 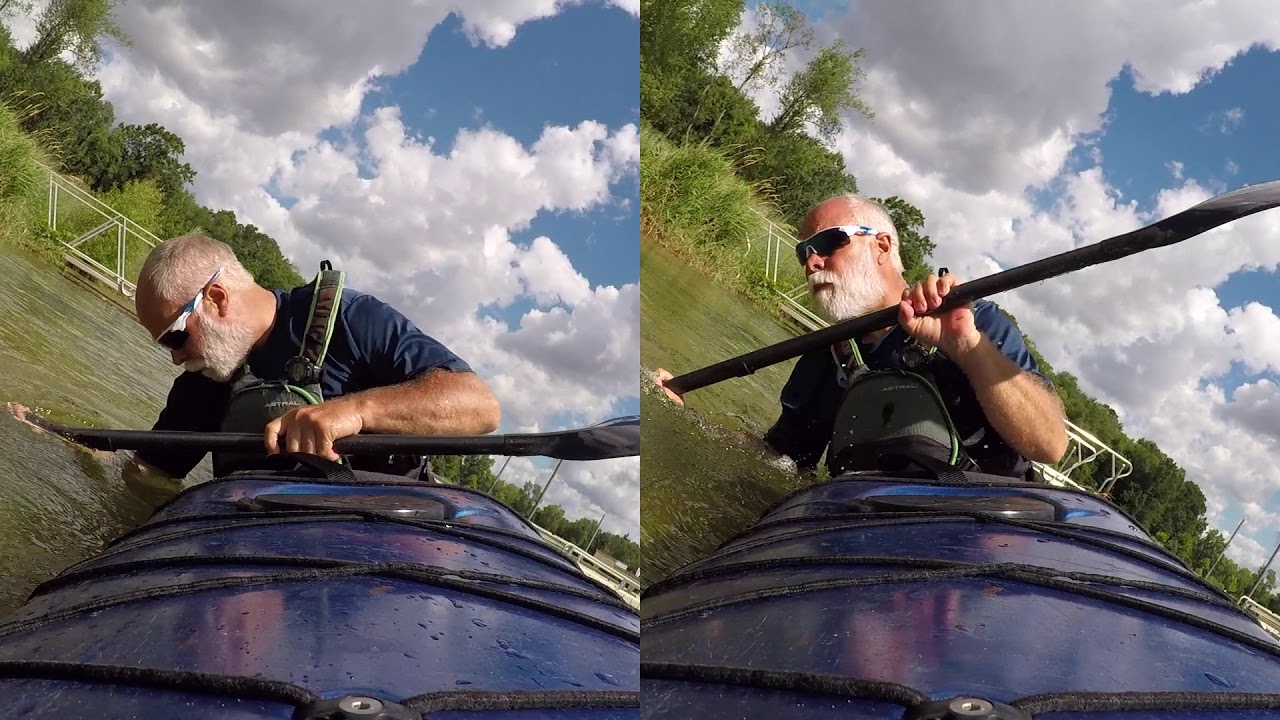 Thanks for sharing that.

I think for flat water and very small waves (as demonstrated in the video) it’s fine to experiment with this trick, but when the forces involved increase, that position is totally unstable as it relies entirely on the wrists and forearms. By unbending the elbows he’s now got to engage a longer lever to resist water pressure. It’s a little telling that his surf demos are all waves in which a low brace would be a better choice—and easier on the joints.

Edited to add: the high brace can still tuck the elbows against your sides in order to prevent the shoulder injury he seems afraid of…

Not disputing his credentials, only this particular technique

Agree AlwaysWet. All the demo waves were perfect low brace waves. The utility of a high brace never made sense to me until my first bongo slide on a shoulder level wave. I still choose to use a high brace from time to time, however much prefer the low brace if it is suitable for the situation.

To me it’s just a low brace.

That’s what I see.

No it is not a low brace, at least not as I was taught. In the high brace the power face of the paddle contacts the water and the hands and wrists are at least somewhat above elbow level.

In the low brace, the non-power face contacts the water and the hands and wrists are either at the level of the elbows or below.

But I don’t think this is anything new. Whitewater kayak instructors have been advised “keep the high brace low” for decades. But keeping the elbows tucked to the sides will do a lot to avoid shoulder injuries with the high brace, as AlwaysWet said.

Most people who have paddled a lot in messy have probably used this position here and there.

My concern is similar to a couple above, I have gotten fairly good about locking my elbows to my side for a high brace so that I am not risking joints. At my size this is not optional. I am less certain about what he is doing unless someone is starting out and in good shape to learn a new pattern.

Alright Rookie… are you rolling yet? The reason I ask is that the high brace and the last part of a roll are virtually the same motion. Check out Eric Jackson’s videos on the YouTube. Yes, it’s whitewater stuff but a roll is pretty much a roll. My point is that a high brace is a great thing to learn and use… but like pblanc says up there… keep your elbows in close to your sides.

Try the Eric Jackson thing where you plop over sideways in the water and high brace back up. That’s a good way to learn to roll… in my humble opinion.

You spoon paddlers have such problems. Power face and all. Use a greenland no worries. LOL. His video shows waves for low brace only. Although its hard to find a video were waves are big enough to require a high brace. You really cant practice for a high brace effectively on flat water. I only use a high brace if the wave is way over my head.

I have no problems with thinking outside the box and experimenting with more efficient paddle strokes. While I was taught the traditional high brace, only time I’ve used it is in practice.

@Rex. No rolls yet, which is a pity as during rescue practice the Prana almost rights itself. Covid put a stop to all instruction this summer.

Here’s a similar video, which had been linked by Scott at another site, this time in a WW boat. 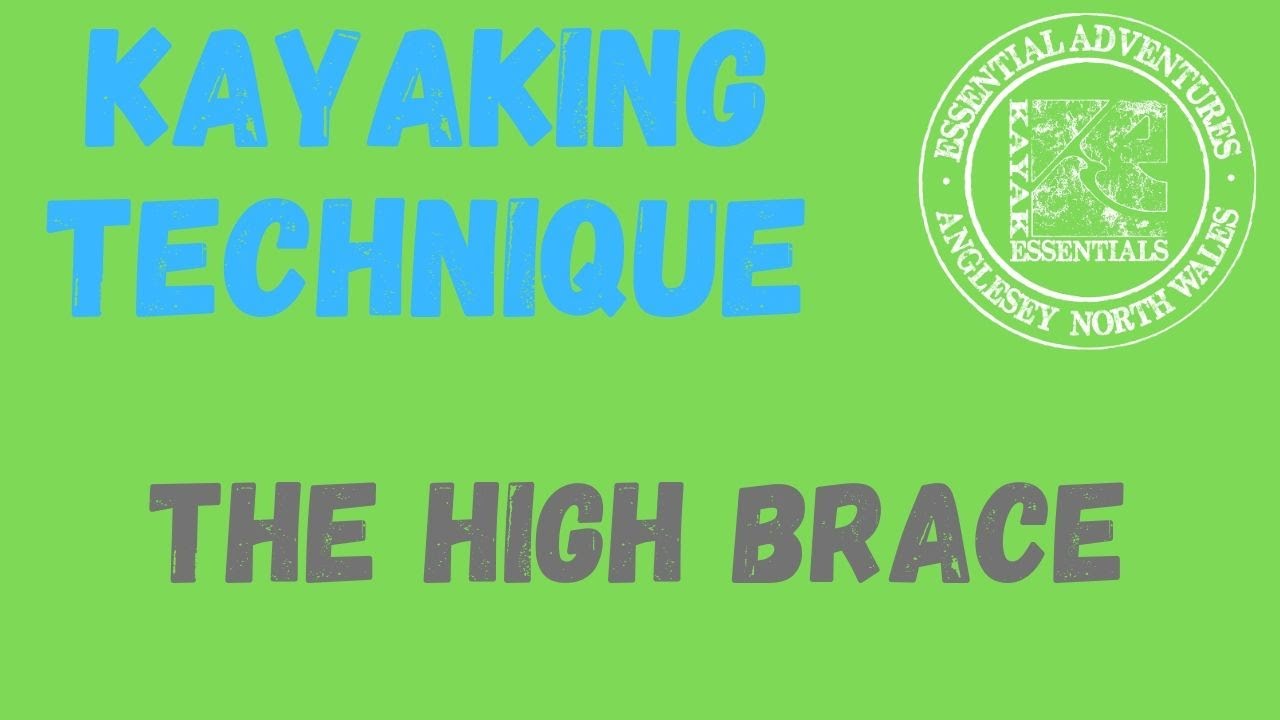 My comment on this video of the “New High Brace”. I wonder when a paddler would need this under your demo conditions. If a brace would be needed , I would use a low brace. I use my high brace when I need to bring my blade up to reach the water surface when I’m seated in my boat. The point that is made about 90 degree feather has merit., You need to make less adjustment on the non control blade to get the blade flat to the water as you decrease from 90 degree offset

The control blade thing is going to be a tad confusing to many newer people. My instructors pretty much trashed the idea of a one sided control blade over a decade ago - the control blade is the one that is active in the water at any given moment and switches. Can’t even buy non-adjustable blades with a 90 degree feather any more as far as I know. And more like me have gone to very little feather so the big adjustments are not needed. My WW blade has a 12 degree feather and it felt good from the moment I first used it.

I know that many people are wedded to the older control blade thing. I was in one class where a student spent the entire time arguing with the instructor about it. Since the instructor who was calling for a more flexible view happened to be Ben Lawry, who could have beat the student in a sprint across the pond any time he wanted, I found it amusing at first. Three hours more into it I wanted to bash said student upside the head, he was detracting from class time.

Since it’s a demonstration video, makes sense that it would be made in conditions that would allow clarity to the viewers. Also possible that when the video was being made, the conditions at Tybee were quiet.

I plan to try it while sitting on the floor just to see how the wrist position feels.

If you’ve got idle hours over the holidays I highly recommend Simon Osborne and James Stevenson’s videos at Online Sea Kayaking. The course on staying upright covers high and low brace (high brace also is covered in the backwards surfing sections). The particular reason I cite them here is that their core principle of “elbow behind the force” for safety and stability is so incredibly helpful when evaluating your own braces.

(Maybe when practicing this high brace variation off the water, have someone push your blade to simulate a real dynamic water force!)

Thanks for that @AlwaysWet I may suggest the annual membership to my lovely bride for a Christmas gift .

Generally I consider a rushing foam stack to be a different thing than an unbroken wave… The foam stack is attacking with more kinetic hydraulic force than a wave that is still formed. The brace one uses if any brace is required might depend on several factors. It might even depend on which boat I’m paddling. So it seems to me.