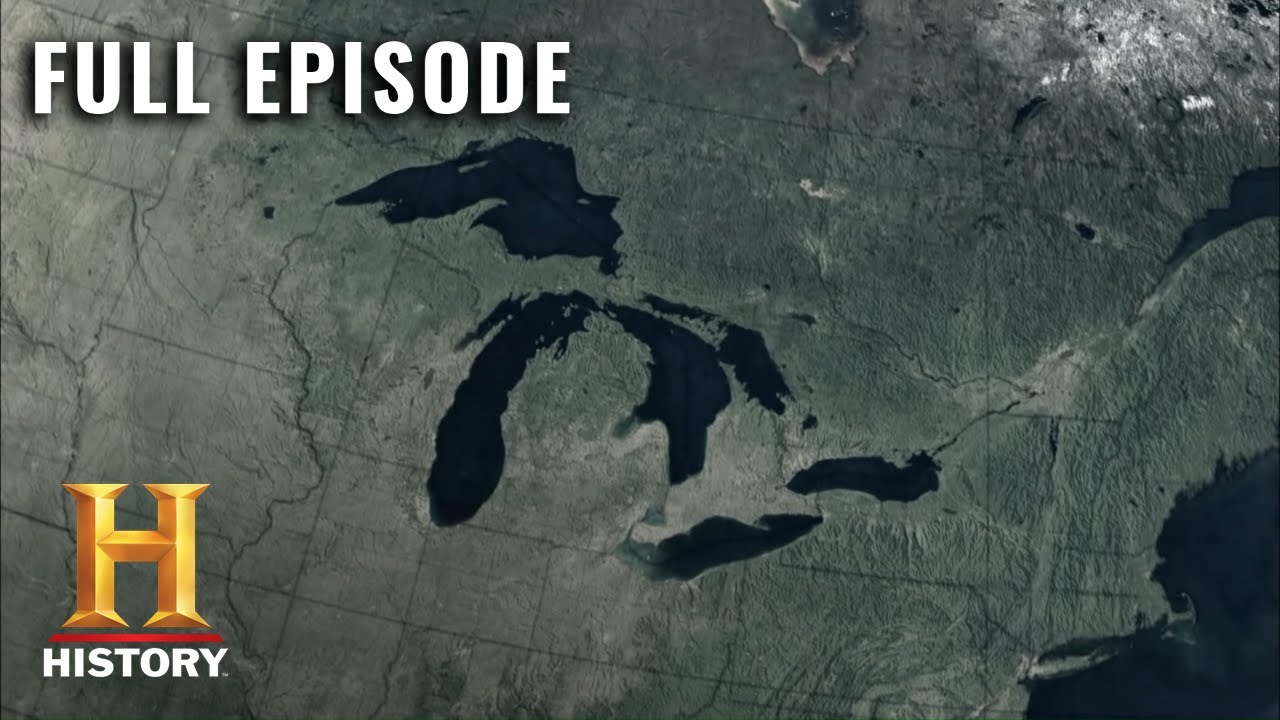 Thanks for posting this.
I just came in from shoveling snow and its great to be reminded that 12,000 years ago it would have been a much bigger job. Funny though, how the history channel is dealing with prehistory here. I’m reminded of a Garrison Keiler line, paraphrased from the opening lines of his history of Lake Wobegon, “The Great Lakes were, for many many years, prehistoric.” For those who are snowbound and socially isolated, there’s a book about some of the more historic changes in the Great Lakes - “The Fall and Rise of the Great Lakes” by Dan Eagan. Good read (from 2017) for those who are interested.
Thanks again.

Thanks for the video. Fun to watch although I could have done without the melodramatic music. I had little knowledge about Lake Iroquois. That was quite interesting.

One of my favorite articles is titled Northern Michigan Rising as it discusses isostatic rebound as a result of the weight of the Wisconsinan ice sheet, which was a mile thick covering Northern Michigan a mere 15,000 years ago. As the ice sheet passed, a serac detached and formed the kettle lake I live on. We’re still rising from that pressure.

Also fascinating is that before the lakes were seas; beach combing for prehistoric fossilized rugose coral, Hexagonaria percarinata (commonly called Petoskey stones) is a popular pastime here. I’ve found them while gardening although I live 20 miles from Lake Michigan. Those prehistoric seas covered a lot of the landscape we now know.

I don’t share the alarm the video did about the Great Lakes drying up, even with istostacy in play. The geologists didn’t consider the effects of snow, rain, and ice cover on the Great Lakes and last year, the lakes were at record breaking high water levels, causing millions in shoreline and road damage. Link supplied below.

The last paragraph of that article seems appropriate in today’s world:

“I believe that isostacy (the maintenance of equilibrium in the earth’s crust) applies to the human spirit as well. After all, Shakespeare wrote there are 'sermons in the stones." Geology teaches us that anything pushed down hard will rebound and uplift with time. A long cold suppression ends, and the spirit is uplifted. Isostacy prevails.”

Record-high Michigan water levels are a nightmare for homeowners, state

Seasonal declines in lake levels look like they are beginning. But lakes Michigan and Huron are still breaking records.

Thanks for the video. Fun to watch although I could have done without the melodramatic music. I had little knowledge about Lake Iroquois. That was quite interesting.

Like you, I a) could have done without the melodramatic music - an unfortunate style lately, I fear, - and b) I, too, had little knowledge of Lake Iroquois.
I was, in fact, a bit surprised that there was no mention made of L. Agassiz. Lake Agassiz - Wikipedia

That one I had heard of through a James Burke James Burke (science historian) - Wikipedia film where he suggested that L. Agassiz might have persisted into the middle ages (finally something historic!) and possibly catastrophically drained through what is now the Great Lakes and modern St. Lawrence seaway.
He suggested that this might possibly have triggered the “Little Ice Age” Little Ice Age - Wikipedia by disrupting the North Atlantic current by suddenly dumping truly vast amounts of fresh water into the North Atlantic. This flew in the face of Lyell’s theory of uniformitarianism, mentioned in the film, and by introducing the possibility that instances of catastrophism had occurred was of interest to historian of science like Burke.

I don’t know about this…I’m just a guy who lives near a terminal moraine and likes to paddle canoes… there’s plenty of reason for skepticism. Its interesting nevertheless, something to think about while we’re pulling on a paddle, and this Burke fellow is a guy whose ideas are worth consideration, I think.

Its a strange, mysterious, wondrous world we live in and paddle through, eh?

PS: And wasn’t that the mother of all potholes in that film?