I have been using a GP with my QCC 700 (18’ by 22") for many years, and hardly ever use my wing paddle. Am considering a relatively stable surf ski, Think ACE (18’ by 22"). I often paddle alone on the relatively calm (winds less than 15) San Diego ocean. Not interested in racing and mainly just curious about using a ski. Any comments on ski/GP?

Why not, if you are not looking to compete and win a race that requires optimal fitness and equipment? Before my recent purchase of a Hobie kayak, I fished for years out in Mass Bay with my OK Scupper Pro SOT, powered by a GP. According to my fish finder/GPS, I easily maintain a 3-3.5 MPH pace, depending on the strength of the headwind and opposing tide (I don’t bother to kayak fish if sustained winds are over 20 MPH). I have done 15-20 mile fishing excursions out in the Boston Harbor Islands with this configuration.

I was wondering about a similar thing. I’ve never been to the whitewater place in Charlotte. I thought I’d like to try it… but I sure would feel better about doing it with my GP. When I find myself upside down I want to get upright and that’s the tool that serves me best.

With a surf ski, you would remount, not roll.

If you are wondering about using GP with a WW SINK, I saw it done successfully, and well, by jaraa, who used to post on this board. This was in easy conditions at a whitewater park.

There are some posts at surfski.info from someone who paddled his ski while using a GP. He had injured his shoulder. The GP allowed him to continue paddling while not 100%.

Thanks, I read that thread on surfski.com but that is the only comment I have found on using a GP on a ski in the ocean. Apparently it is not at all common. Maybe there is some fundamental problem with the ski/GP combo.

As an avid ski paddler for a few years now, I have never seen someone with a GP on a ski, but also don’t know of any reason it wouldn’t work.

My guess is ski paddlers in general are after speed or fitness, and the wing paddle is king in that arena. Also since you do not roll a ski the wing has no rolling disadvantage. Last, on a tippy ski like I have, the wing paddle provides a ton of stability just from the natural stroke, so in rough conditions (where skis are most fun) the stability of the paddle stroke is critical to staying upright. I’m not sure if a GP would have the same lateral stability profile,

if you’re not out in big conditions or trying to achieve maximum speed or distance, a GP should work fine for you. Give it a shot

@Rex River left at Charlotte is pretty easy. According to my daughter it’s runnable in a 16’ 6" wood strip kayak. She lives in Charlotte now but the story is that when she first visited the area she had the stripper on her roof. She asked the staff if she could rent/borrow a WW kayak & then wanted her to take lessons. She made a deal: she could get a WW kayak if she ran it in hers. They were laughing but she had seen that the layout of the course was pretty straight forward & all she had to do is line up the long boat a little.

River right is a different story there. It has a couple Class IV holes.

My daughter and her family are also in Charlotte. I had wondered if the whitewater center had a ‘bunny slope’ of sorts for first timers. Apparently it’s called River Left! I need to do some research and go down there this summer. Maybe I’ll put the old plastic Alchemy on the roof. Let 'em laugh at the old dude paddling with the GP.

I call it “River Left” but yeah, the left channels are pretty much class I - II while the right channel(s?) are III - IV. Some of the man-made features are nastier than what you would see in a natural river. We hauled a load of stuff down after she moved and she took us to the Whitewater center on July 4th. Ruth & I took the raft trip - as I recall 2 trips down each side. There is a conveyor belt that brings you & the rafts back up to the start. 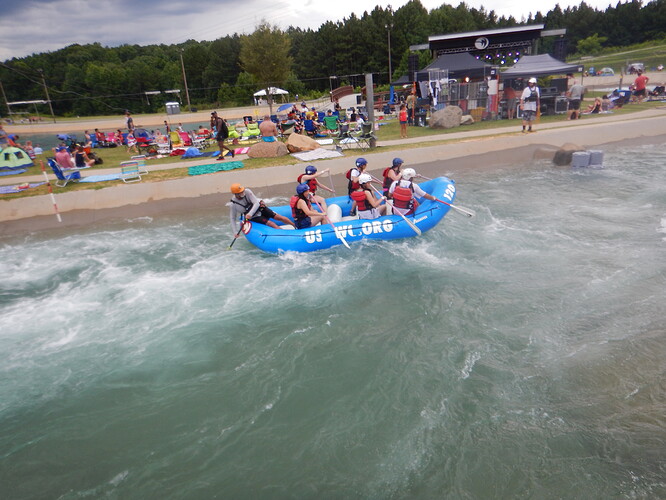 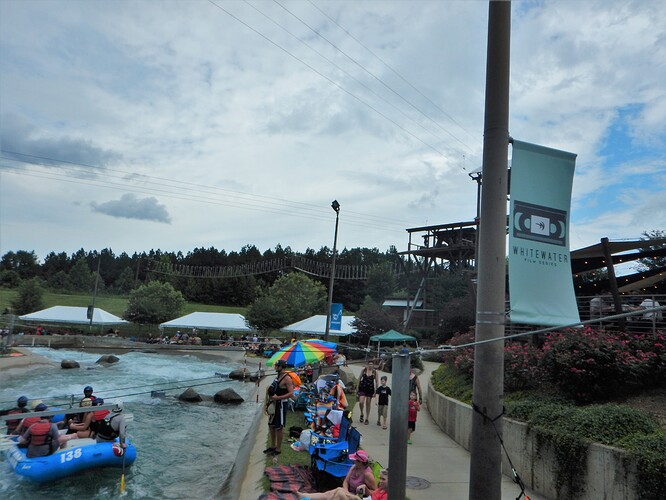 I used my Novorca carbon Aleutian paddle with my first surfski and had no problem maintaining good speed and efficiency with it. I moved on to a wing paddle after that but suffered shoulder issues. I went back to my Aleut!!

OCD, how long is your Novorca? Any comments on stability/bracing in choppy water with the Novorca vs your wing?

My Novorca is 93" long with a 3 3/8 wide blade. The Novorca was miles ahead of a wing in choppy conditions. I use it as my primary paddle so that may have something to do with it. You have to be “mindful” when bracing with the wing IMHO.

Very interesting. My 2 Novorca GP’s are about 87" but when using my wing it is set at about 82". Your 93" seems very long for a narrow surfski and I am glad to hear that it works well in terms of stability, bracing, and I assume, confidence. Since I am not at all interested in racing, but in covering distance efficiently, and alone, I am now tempted to try the GP with a tippy ski.

My friend entered a surfski race using a GP. Had lots of snide remarks… Until he won the race. 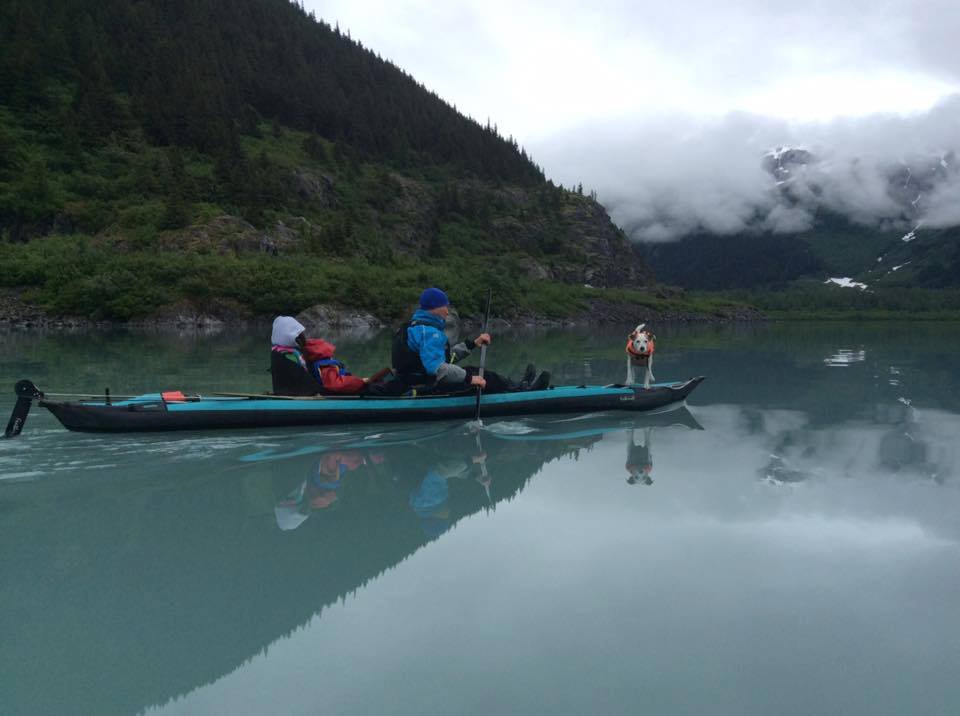 Is it possible that it would work more like gears? For example, whitewater kayakers typically use shorter paddles than sea kayakers. Whitewater kayaks are generally wider. They are also generally slower, and maneuver easily. Shorter paddles make sense.
The faster the hull, the stronger you are, a more powerful gear might make sense.
Is the very low angle Greenland paddle stroke still a thing? Is that how those who take best advantage of it still use it?

I come from a expedition sea kayak back ground and started using a GP about 6 years ago. I just recently bought a Stellar SR surf ski for local fitness paddling and use the GP all the time. I really like it and really for me it is the same paddling efficiency as my Wing paddle for most open water conditions. In totally flat water where I can focus on my stroke the wing is faster but that is only about 10% of the time for me out here in the San Juan Islands of WA.

Glad to hear that the GP works well on a ski in conditions. And that SR is pretty narrow in beam. In my QCC700 I don’t feel as comfortable in conditions when using my wing as I do with the GP. And like you I can go a bit faster with the wing in flat conditions, but don’t enjoy the discipline of concentrating on wing form.

I tried a friend’s Think Zen (18.4’ by 20.5") surfski with my GP on flat water. It worked very nicely and I was clearly faster than in my QCC700. The Zen is less stable than the 700, but not by much. The 700 feels like a heavy tank compared to the Zen. I have a very nice Onno wing but I just prefer the GP, and see no reason now that the GP is not just fine for a surf ski, albeit perhaps a bit slower at race effort.