I’m an old paddler with a new boat. I just got an unused Navarro Loon 16 which was apparently built in 1997. I want to touch up the wood a bit and get her on the water as soon as I’m able. I’ll be posting in the advice section for info regarding properly taking care of the wood. (I’ve only owned / paddled Royalex canoes before.) I’ll post more pics there, as well.

Looking forward to learning a lot. By the way, anyone else here living in Japan?

See ya’ on the boards!

Thank you! Glad to be here. Already learning so much.

Not a lot of canoes / paddlers over here. I was lucky to find her on Yahoo auctions. She used to be a decoration in a restaurant.

Beautiful boat! Keep the sand off your shoes.

Thanks!
Yeah, one of my major concerns is scratching her for the first time. I know it’s gonna happen, but it’ll really hurt.

Welcome Kento. Nice canoe. I think the interior has a fiberglass or gelcoat surface so all you need to do is keep it clean. On the wood some folks like varnish (more durable) and some (like me) prefer oil. Just use a little fine sandpaper on any nicks or dry spots first…and plan to give all the wood a light sanding at some point if it looks like it could use it. I’ve taken to using pure hempseed oil since it works great and it’s non-toxic.

So where in Japan are you living and what kind of paddling venues do you have?

I was thinking of doing basically what you recommended.

I live in Nagoya, which is about halfway between Tokyo and Osaka. It’s a city on a bay, with several feeder rivers. I intend to take it to the beach, rivers and lakes. As I mentioned previously, I’m accustomed to throwing a Royalex canoe into a river with up to Class 4 rapids and not worrying too much about rocks, etc. That’s obviously gonna have to change. 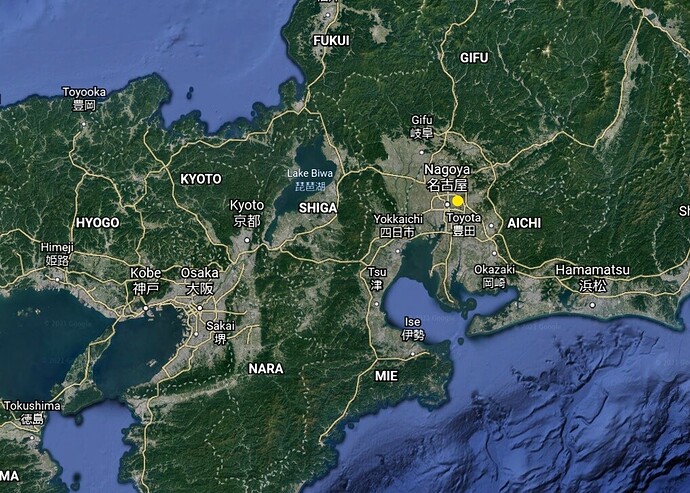 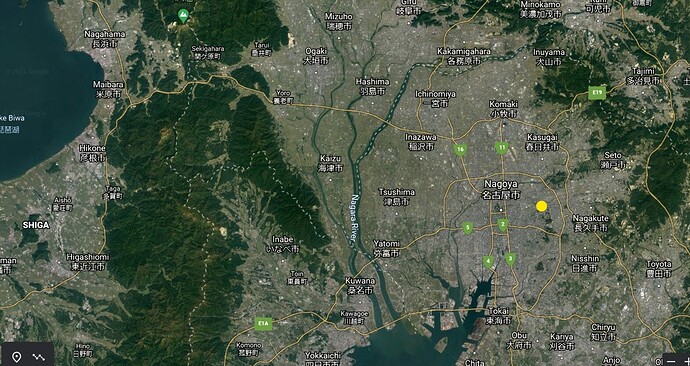 I live near the yellow dot. A good part of the rivers to the northwest are navigable. I just have to do some further research. Plenty of nice beaches nearby, as well.

There’s an outdoor shop nearby that has a paddling group. I intend on spending a bit of time there getting ideas re. where it’s good to go paddling. I know that one of their members paddles a wooden canoe (also very pretty), so he’ll have some good advice. I met him once and he’s a very friendly guy. I just need to improve my Japanese language skills.

Very very cool, thanks for the feedback. What an amazing experience to be living in Japan…and near a paddling group! I’ve only been to Japan 2 or 3 times on business trips but I have fond memories. The Loon 16 has a good reputation. Cheers Kento!

Hi Kento, My son lives in Tokyo and we are frequent visitor with in laws in Gifu - not too far from you. Although we have traveled extensively through Japan, I haven’t spent much time in Nagoya - really just the train station! I’ve done lots of cycling and hiking but I’ve never canoed - in fact, never considered it, but it sounds great!

Good luck with your canoeing. While I understand your desire to keep such a beautiful canoe pristine, if that was its fate it should have stayed in the restaurant! Get it out there and use it! Bang it around and build memories through the bumps and scratches. As a very experienced friend once told me: “ Canoes are consumables”. Have fun with it!

I fully intend to get her out on the water as soon as I can. I’m sure she’ll get ‘battle scars’ soon enough, it’ll just bother me more than with the Royalex boats.

To be honest, I’d rather live in Gifu, or better yet Nagano, but don’t have that option due to my job. If your son wants to come down and get on the water, please have him get in touch. Really.