Hi Everyone,
I have this canoe that is in great shape been in my shop for years, the plate that is riveted on it, shows it was made be “GRUMMAN AIRCRAFT ENG. CORP” out of Bethpage New York, with a number stamped in it 50-C-3-17, I cant find anything like it one the web? All the Grumman canoe’s I am seeing have completely different plates on them and are made in a different place, so I am reaching out to see if anyone can help? the canoe is in great shape and I feel it deserves to be looked into, before I sell it, I attached a photo of the badge to this, Thanks to all that help 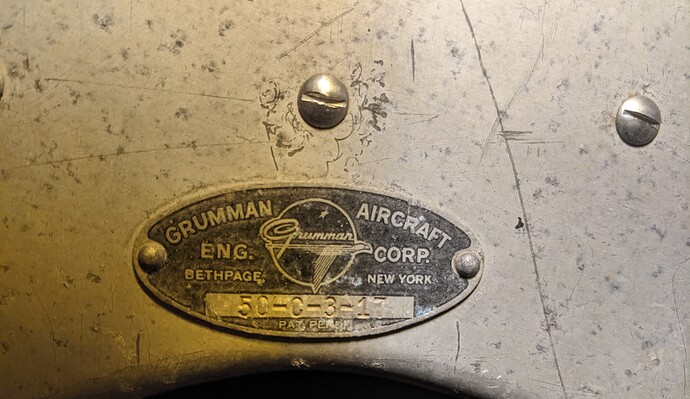 I cant find anything like it one the web?

Hi LimoGreg. Sometime between 1944 and 1952 for Grumman canoes built in Bethpage.

This, below, is from Wikipedia:

Being a Bethpage boat, I’m guessing 1950. I’d like to see some pictures of it if you have any!

The technology to stretch aluminum and form curvy hulls didn’t exist/wasn’t available until the end of WWII.

As mentioned earlier Grumman canoes were born of no more need for WWII bombers and big piles of alu sheets.

Aliens could have left it.

I’m not certain, but I think I recall from reading years ago that Grumman, long before they even dreamed of manufacturing aircraft, started out making truck bodies and later floats for Loening aircraft. Loening started in 1917 and was primarily involved in making flying boats, which were thought to be the future of air travel at one time. I don’t know if that required manufacturing techniques that involved as much “stretching and curving” as a canoe would, but they were doing quite a bit of it well before WWII… so Grumman had quite a bit of experience in making durable floating aluminum things. And they started making float planes and military aircraft under their own name for the Navy prior to WWII.
F2f 1936-1940 and The F3f was an updated version. Both were standard fighters for the Navy and so they made a lot of them - lots of experience mass producing compound curves in aluminum… 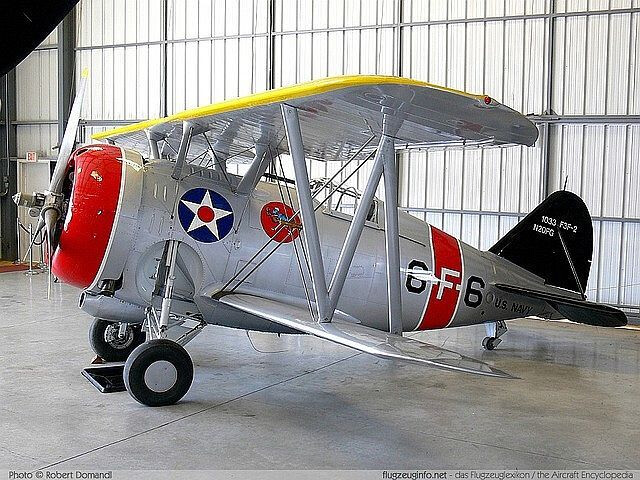 And then there was the “Duck”. 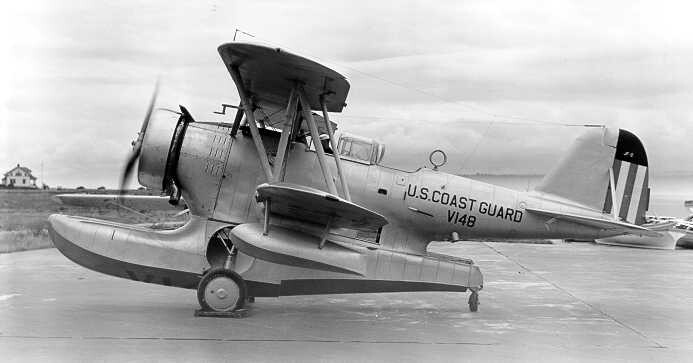 image693×363 29.7 KB
That was mid’30s through the end of WWII. That looks to me like it would be pretty involved aluminum stretching and curving, but maybe a canoe really is trickier… but you sure can see how they would need to build for durability.
2 Likes
Overstreet March 14, 2021, 6:19pm #11

The clue is the strteching of the aluminum. It was developed during or just before the war…used more after for civilian purpose. Aluminum was used before but was all gobbled up by war efforts. Forgot the figures but Grumman. was one of a very few with the machines and molds to do canoes and did it for others. .

The clue is the strteching of the aluminum.

I expect that is exactly right with regard to the stretching. I looks, and this is just from looking at the photos, like the top rear sections of the main float and most of the fuselage on the “duck”, for example, were probably overlapping strips of aluminum riveted to formers. But that front section of the main float where it joins the fuselage, the cowling sections, and underside of the fuselage just behind the engine - those must surely have been formed by stretching around some kind of mold, don’t you think? Do you, perchance, know of any texts or someplace where that could be looked up? Considering the time period that looks like pretty sophisticated fabrication to me - practically a manufacturing breakthrough. It would be interesting to know more about how that was done. Its impressive that they could put in that many rivets on a float that would repeatedly take such a hammering and still apparently not develop leaks.

For all the dissing that’s gone on regarding aluminum canoes over the years its easy to overlook what a technological advancement would have been necessarily employed to make a shape like a canoe. I’m glad they did.

Stretching is a little stretch use of the word. It is a process similar to stamped used in steel. Often canoes are two halves joined in the middle/keel, to a “tee” bar. Two rows of rivits highlife this joint.

Stamping stretches flat sheets into 3D shapes. As I recall the metal is also hardened. Here is a description. https://gearjunkie.com/boats-water/canoe/canoes-a-natural-history-in-north-america
Not sure how ground breaking the stamping process is for aluminum as opposed to steel, but stamping dies are very expensive to make. Using the same die for both halves surely helped on the cost.

I’ve owned one of these for about 50 years now and paddled it a lot for the first 30. As a kid I enjoyed building stick and tissue model airplanes and so was interested in aircraft. Because I paddled, Grummans in particular interested me.
I’d always assumed it was stamped (drawn? stretched? There probably is a correct term, though I don’t know it…) with a large press on a mold of some sort, rather like steel was, though perhaps with some “tweeks” to allow for differences in the materials. Overstreet’s post got me to wondering when that process might have first been developed. It must surely have been before WWII because Grumman was making large compound curved pieces - like those pieces on the “duck” - since at least the 30s. And, of course, though they may have been the largest they weren’t alone. Other aircraft companies, and car companies for that matter, were doing the same with steel, and perhaps aluminum also, for quite a while prior to that.
Post WWII seemed late, though maybe not. I wasn’t sure. The thing that caused me to wonder was the scale and the power of the press (presumably hydraulic) needed to make a piece of the size of those floats and fuselage parts - or a canoe. Gad - think of the expense of the pressing dies that Grumman must have made to manufacture all those parts for all those aircraft they’ve produced. Makes a canoe seem almost laughably simple - but its still a perfectly usable marketable product after all this time.
Thanks, Kevburg, for that link.
PS: Has me now wondering how they made the compound curves and riveted steel hulls of the 19th century four-masted steel hulled windjammers…and steamers. That would require similar compound curves in metal on a much much larger scale. It must have been done without presses.

Years back when I started my trade at Pratt and Whitney machine tool, this was a main customer. The machines we made for them had 20’11" travel on 2 axis, and 7’ on the third, and were used to create the punches and dies used for automobile bodies. Later on I got into fabrication, and in a nutshell, don’t recall “stretching” but we did “roll” turbine engine cases, using a turret lathe with a wheel in place of a cutting tool to press material into a die. Craziest operation imo was forming I beams into semi circles, 3 rolls, beam in between, kept applying more tension and decreasing the radius. Something you didn’t want to be near if things went south.
https://www.autodie-llc.com/ 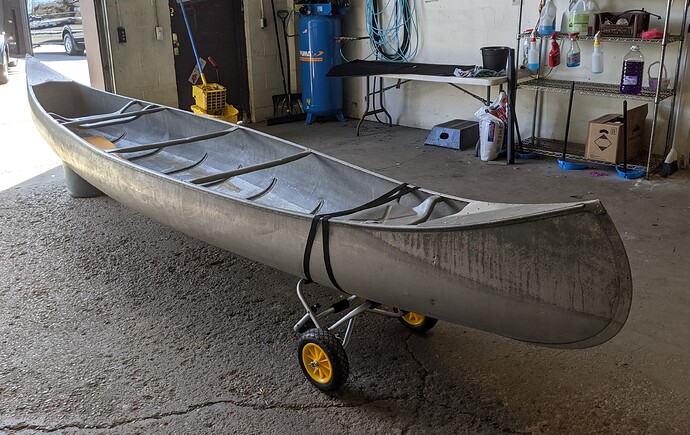 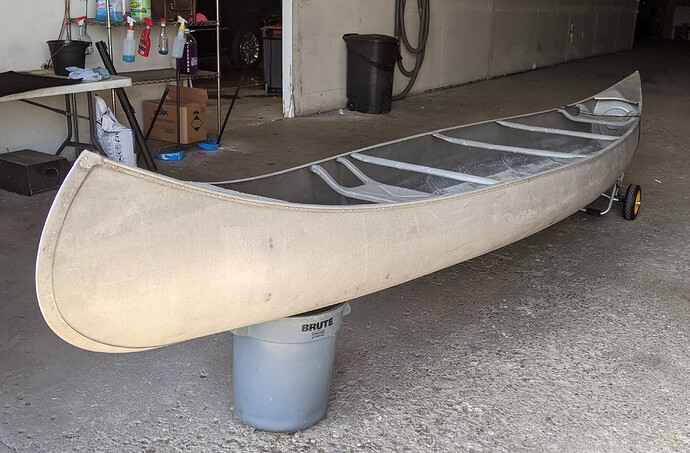 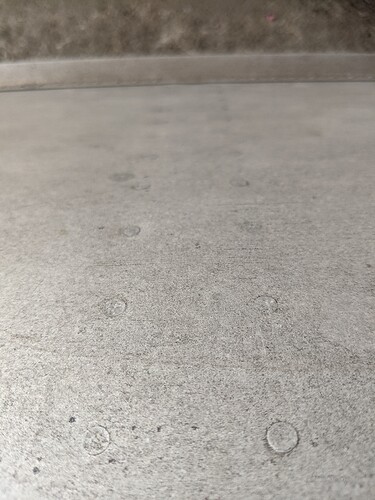 Wow! That looks to be in really nice shape. Thanks for the pictures.