I bought this Grumman canoe recently and was wondering if I can get any information on it. Anyone have an idea how old it could be? I couldn’t find any makings on it. I’d also like to search for a stern seat. 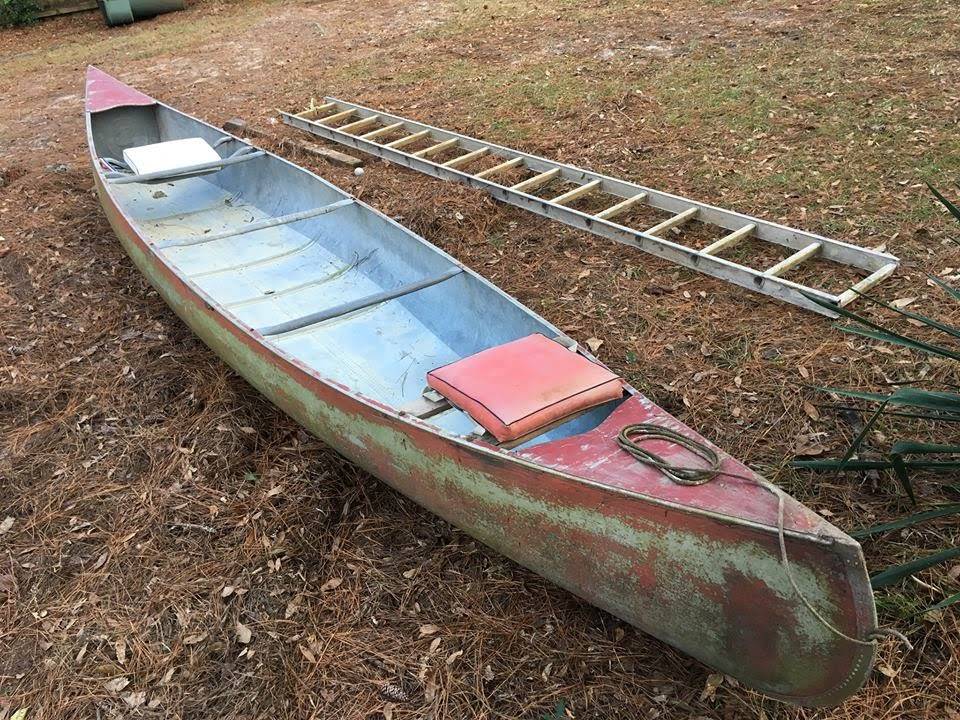 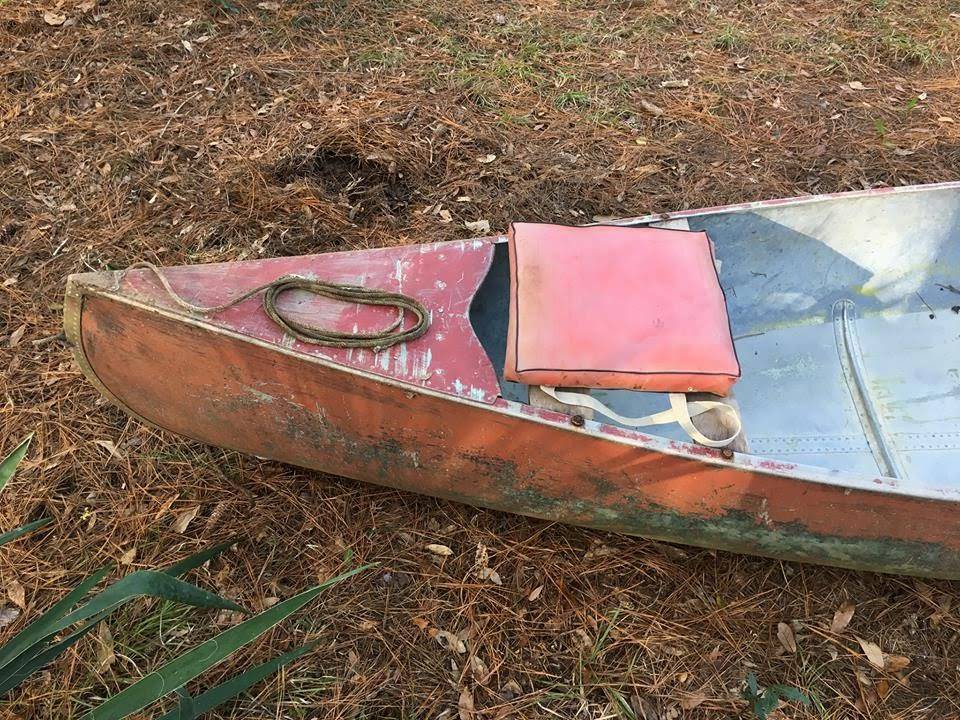 Check again real close on the deck of the bow for a stamped number, and inside for plates that were usually riveted to the metal covering the flotation blocks, or outside just below the bow plate. It may not be a Grumman, there were several other similar brands. Yours look the ones at my boy scout camp that had been painted red in the early 1960s, the boats were from the 1950s. There are people who are very into these canoes and probably tell you within about 5 years of when it was made, if it is indeed a Grumman. I have an old Smoker Craft from the 1970s that looked pristine until a few years ago when it was damaged in a wind storm.

Is that an 18-footer? If it is a Grumman, and the spacing of the riveting on the stems and keel makes me think that it almost certainly is, then I think it should be an 18-footer because of the layout of the ribs, with three ribs in the center and an extra rib at each end that’s farther away from the central three. I’m not sure that Grummans always had that embossed “G” on the vertical surface of the float chamber (which I think I might be seeing in the first photo), and if that’s the case, then it would not be an especially old boat. If it was built recently enough (I think since the early- to mid-70s), the hull identification number will be coded to tell you the year of manufacture and the name of the builder (in case the builder is in doubt). Others here will know more (including how to interpret a modern, coded I.D number, but you can Google that too).

By the way, I would suggest that you contact the present-day builder, known as “Marathon”, and see if they can supply you with the seat that you are looking for.

Hey, I don’t mean to be rude and knock your new canoe purchase… but I think maybe you were scammed…

At the very least make sure you wear your PFD!

Uh, Grumman also built some very tough fighter planes, and as I recall paddling Grummans 50 years ago, their canoes were about as tough!! About as heavy as well, man I remember developing teamwork as an 8 year old racking those beasts.
Ladder, heck, anybody can pick up a ladder

After WWII Grumman had a lot of left over aluminum from their aircraft division, so it went into the manufacture of canoes. They made at least three different weights, lightweight thin skin (I still have one of those), midweight ( what most people have) and camp weight (still found in many BSA camps and presumably in the movie “Deliverance”).

Looks like the 15 ft. Grumman canoe I purchased in 1964, except mine is a bit cleaner. My brothers and I used to surf with it in the Gulf and fish in it in the rivers around Sarasota. My youngest son and I used it last month on the Withlachoochee River. A great boat that will last a lifetime or more. 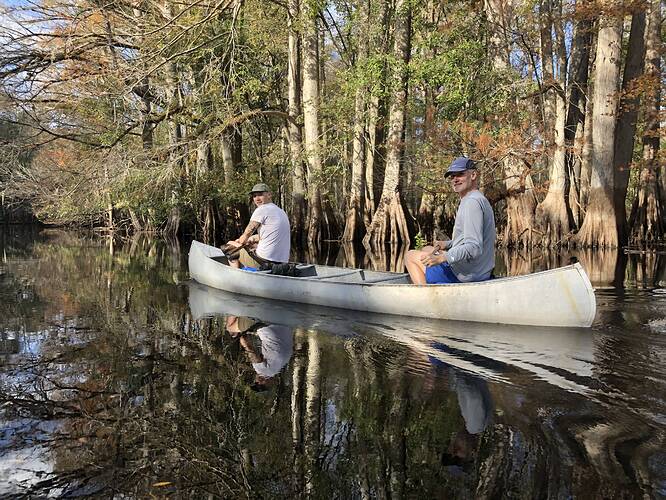 My college roommate had one at his grandmother’s house on Pawly’s Island in SC.
We also tried to surf it. That didn’t work out too well.

The front seat frame looks Grumman, but the ribs and keel rivets do not. On this vintage Grummans there was a small oval brass plate with the serial number and model on the front deck. if its missing the rivet holes should be visible. As for a replacement seat any Grumman dealer can get it. Oak Orchard Canoe has them in stock normally and you can order by phone or internet. www, oakorchardcanoe.com or 585-682-4849.

@plaidpaddler said:
The front seat frame looks Grumman, but the ribs and keel rivets do not. On this vintage Grummans there was a small oval brass plate with the serial number and model on the front deck. if its missing the rivet holes should be visible. As for a replacement seat any Grumman dealer can get it. Oak Orchard Canoe has them in stock normally and you can order by phone or internet. www, oakorchardcanoe.com or 585-682-4849.

Thanks! It does look like the serial number plate is missing, I see the rivets.

The curved/angled from decks instead of straight across would lead me to believe this boat is from before the mid 1960s. I would guess a 1950s boat.