GWS Not The "Only" Animal Danger in the Surf Zone A pregnant sea otter took a liking to a man's board in Santa Cruz. Neither party seemed thrilled to part with their soft.

You probably know the" locals" can be pretty nasty in Santa Cruz. And the peanut gallery is usually stoned as well.

True Dat!!! Not a lot of sympathy in that crowd.

I was thinking the surfer (now swimmer) should have dragged the board by the leash to the break and let it surf in to shore. That likely would have ejected the otter, and made it not something the otter would want to reclaim.

Could you see a leash in the video? I was thinking the same thing but the leash obviously wasn’t attached to the surfer. Probably why the otter got up there in the first place. I’m wondering on a foam board if he even had a leash. I know near " The Lane" sometimes the kelp/ seagrass, muck is so bad you can’t make it through with a leash unless you know to keep it tucked up out of the water.

Ok, as fast as the sea otter is and sharp its teeth, it still ain’t as heart throbbing as a circling GWS. 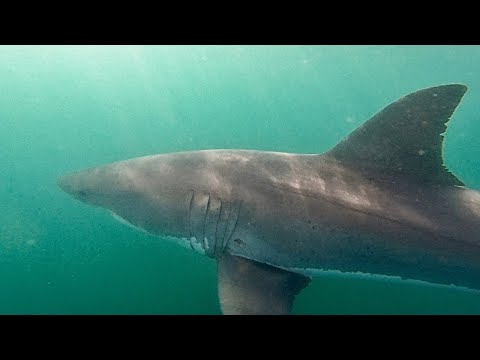 I just saw that video - I think the recommended action is nothing in the water and to be still with sharks though? Something about them getting excited by splashing and going for what they think is a fin (paddles etc)?

Not sure what is the best way to handle a circling GWS. I think I would steadily paddle towards shore. For sure I would drop the bait and or caught fish trailing in the water. Early in the video, I think I saw a blue bait or fish cage being towed behind the yak. I think that attracted the shark.

It’s something to think about. We have a lot of GWS visiting Cape Cod in the warmer seasons to feed off the growing herds of seals. In past few years, GWS have been spotted in the waters of MassBay and up to NH and Maine. I think our warming waters and growing seal population have a bit to do with it.

This guy has lots of videos taken by drones of GWS in Southern California, very good photography and very informative. This summer he joined some conservation groups in MA, and got some good video, also check out his recent dolphin video. There are several videos about sharks in MA, and CA on his channel that are worth watching. 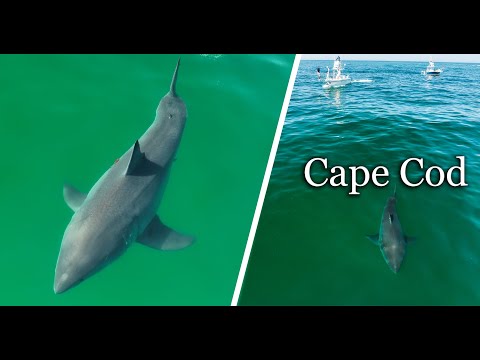 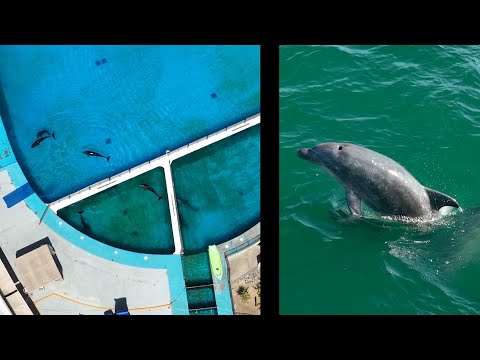 I learned long ago that pregnant females can be very emotional.

Water quality has improved on the coast of the United States. Bait fish have returned which attracts some predators like sharks. They were not around much in the 1960s and 1970s when I did a lot of surfing. Seal lions shared the waves. Sometimes dolphins. I have stepped on a few manta rays.

Seeing sea otters is a good sign of improving habitat conditions for wildlife.

Don’t forget to include other surfers as dangerous animals in the surf zone!