Has anyone paddled the Dagger Katana and the Jackson Traverse?

I was wondering if anyone could provide any comparisons between the Katana and Traverse aside from the physical specs. I know the Traverse is a little bigger in all measurements, but how was the outfitting in each? How did each handle in flatwater and lower class rapids? Which did you like better and why?

Any and all thoughts would be much appreciated!

As I’ve said before in a reply to a previous thread, I have paddled both. I could not get comfortable in the Traverse, although I have been comfortable in every other Jackson boat I fit in (and currently own 5). The Katana was very comfortable. On the river, to me, the Traverse was zippier at popping into eddies

Thank you for the reply @Ben ,

How was the initial stability and secondary stability when compared to each other?

The Jackson Traverse seems to have a harder chine which probably made it zippier. Was there a discernable difference between the two? Katana more forgiving maybe?

Each seem to have a comparable rocker. Did you notice any real difference between them on flat and WW?

I tried the boats on moving water, so I have no opinion about flat water. Stability - with the Traverse I think you have to mind your edges a bit. Some people like that; some don’t. Another thing - Jackson is bringing back the Traverse as a limited run boat. That may mean difficulty in getting replacement parts in a few years.

I’m going into my third season now w/ my Katana 10.4 & I absolutely LOVE it. Although I can’t speak to as a comparisson w/ the Jackson, I recall when I was researching prior to my purchase, it was amongst the Katana, Traverse, & the Liquid Logic XP10.

In the end Dagger’s reputation for for top flight bomber quality rotomold hulls, & best in class outfitting & ergonomic adjustments won me over.

The Katana— like I’m sure is the case with all of these crossover hulls—seems to more or less plow water @ the bow when paddled hard, w/ pace in flat water. But such is to be expected from an essentially overgrown whitewater hull.

Last May was my first time paddling the Katana in WW class lll (St. Francis River, Missouri). Full disclosure, this was also MY first time paddling WW(!!). That said, I had an absolute BLAST.
Although my Katana 10.4 was DEF the “big bus” on the river that day, I was hitting all of the instructed lines, catching eddies, performing attainments, ferrying, & the like … so far as surfing goes well, it’s hull is def more of the displacement type than the planing sort. But let’s be honest, these crossover type yaks, aren’t really the type of boat you’d paddle if that is your sort of thing. 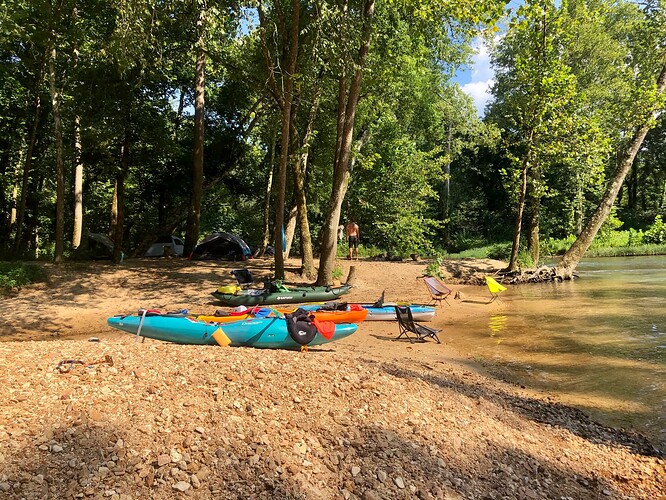 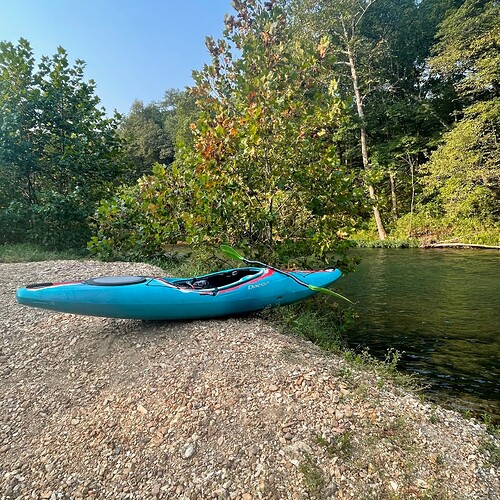