Its been 15 years or so since I have done any real canoeing. It was done mostly in 15’ aluminium canoes while I was in scouts.
I have since gotten married and moved and now luckily live on the water off of the York River in Virginia. I just purchased a 14’ fiberglass canoe from a neighbor for cheap to get my wife and 4 year old daughter out on the water.

Just out of curiosity I am trying to identify the canoe that we purchased. I plan on polishing and waxing the bottom as well as fixing any gel coat issues.
The seats them selves are pained pieces of aluminium with two paddles embossed on them.
Any ideas? 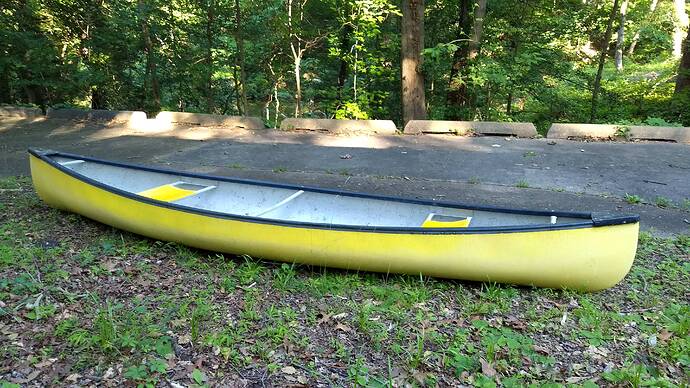 It should have a series of letters and numbers on the stern exterior… What are the first three letters?

I could not find any identifying marks on the boat. I did get a better picture of the seat. 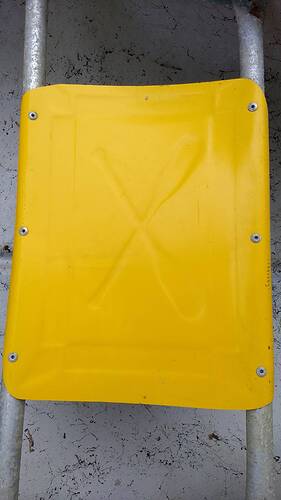 And another of the boat. 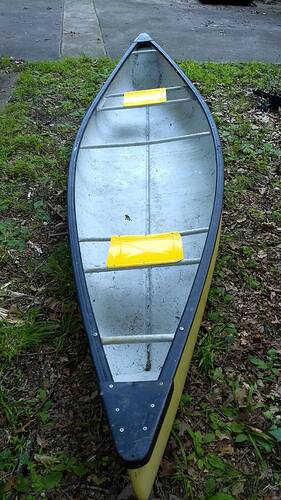 look carefully at the stern on the right side just under the rear deck cap The number should be moulded into the hull and not very visible. Look for three letters followed by a bunch of numbers, the last three being the date of manufacture. The three letters are a code for the manufacturer.

By the trim and drizzle color inside this could be ne of several fiberglass canoes made in Canada and the US. One of them was York River Canoes. This is probably a 35-45 year old hull.
Bill

Here are pictures of the hull below the deck cap on the right side. I don’t see anything. It’s made from chopped fiberglass vs sheet. I know it’s probably a cheaper boat which is fine for our first one. Eventually I want to get a larger and faster boat, bit this will get the family on the water and paddling. Thanks for the help. 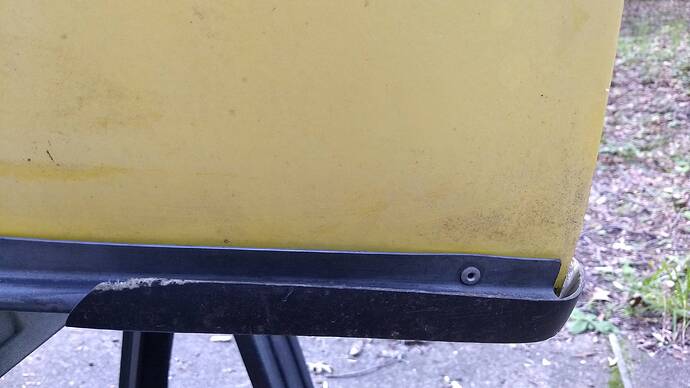