Hello, wife wants to start kayaking and I immediately have a project most would walk away from, others would say not worth the time but I see it as a learning experience (I have worked with fiberglass before). We got the following Kayak for $20. The fiberglass is structurually sound except a few soft spots and a hull that looks like it went through a depth charge strike. However I would like to know what brand and model it may be. It appears to be from the ‘70’s and a competition model as it is very light. It is about 13’ 4" +/- and has a serial number starting with HPP 5_T? 23_ (_ is unknown and not sure if T is correct). On the deck is a small gray piece with T52 stamped in it. Any info would be great. The history we have is one of the owners was a member of the U of M kayak club years and years ago. I told the wife this may not be a good beginner kayak as it may be tipsy but she wanted it as she sees the vision down the road of what it will look like.

I’m thinking HPP might have been Hyperform Kayaks out of Massachusetts, but I don’t know for sure.

Bet the “ocean” cockpit becomes a problem with her. Has she sat in it? …in the water?

The basic form of it most closely resembles very old WW boats that were often shipped as kits and finished in someone’s garage. If it is one of them going straight is not likely to come easily for a new paddler.
I appreciate being bold and taking a chance in general. Not sure l agree with that approach for starting kayaking. Take a look under the Learn section on this site, with her. A little time learning about the boats might help focus.

No, she has not sat in it, let alone the water. I agree it is most likely not a beginners kayak but she is head strong and until she fails it’s full steam ahead lol. Maybe that will get her through it though or maybe she will see we need to start with a cheap sundolphin aruba 10.

I’m thinking HPP might have been Hyperform Kayaks out of Massachusetts, but I don’t know for sure.

Looks unusually wide, lots of deck to the sides of the cockpit. paddler234817 describes his 1975 Hyper Craft in his Epic GPX review: https://paddling.com/gear/epic-kayaks-gpx-kayak/

Have a video ready when she first tries it.

The HIN is definitely interesting. HPP does come up as Hyper Craft, but if you look at the description a little closer Hyper Craft was a boat manufacturer that built inboards and cabin cruisers and wasn’t started until 4/27/1987 (it went out of business on 1/31/2001). This Hyper Craft isn’t the one of old. There is a comment though that makes it look like it was reissued the HPP code:

This is an interesting thread on the Hyper Craft / Hyperform use of HPP.

I have a 1973 sit-in kevlar kayak that I bought a couple of years ago and have patched up. I would really love to trace its history. It looks a lot like the Phoenix Isere, but the deck shape has a lot more detail. http://photos2.meetupstatic.com/photos/member/b/a/6/3/highres_3587715.jpeg The serial number starts with HPP. Does anyone know what company that is/was or can direct me to someone who might? Many thanks, Sophie

need to start with a cheap sundolphin aruba 10.

My outdoor club (Explorers Club of Pittsburgh) had a mold for this old style of whitewater slalom boats back in the 1970’s (before plastic boats were plentiful) and we used to have fiberglass lay-up parties where we would build them for members who liked to run the local Class III to V runs in SW PA. The 13’ length was the Olympic standard for competition slalom boats. Might be an Augsburger mold (these were typically home built, not made by manufacturers). I had one for a little while that was loaned to me by a friend who had outgrown being able to climb into it. It was a snug fit on me too but I did take it out a once on a Class II-III run. Definitely NOT a beginner kayak nor one that is useful for anything but twisty white-water runs. I did NOT have fun in it at all. These do not track well since they are made to turn on a dime, and they are easily capsized due to the round hull cross section. It should NOT be used without full inflatable flotation bags in the stern and bow cavities and a full spray neoprene sprayskirt. Investing in those would be a waste of money. And not being skilled enough to roll such a small cockpit boat or do a comfortable wet exit could be deadly.

You didn’t waste much money on it – good thing. Don’t throw any more money at it. NOT what your wife wants or needs, and it could cost you a messy divorce if you insist she try it.

Not trying to deter you because of the work involved – I love a project myself and have restored all sorts of things others gave up on – but this is just not a general use kayak in any way shape or form, nor could it be made to be. The results of a guaranteed “fail” with this boat could range from you sleeping on the sofa for a month to her winding up in a coma or dead.

Please spare her the indignity of a Sundolphin, by the way. A good husband would buy her a nice Eddyline Rio or Equinox to start her paddling.

IF you want to build her something, check out YostWerks free kayak design instructions:

I have definately not pushed her, this all her lol. I have read these comments to her so maybe she will understand. As for finishing it, still may do it.

Is it something worth fixing for possible later use?

Nope, not unless you are a masochist. “Later use” for what? This is an out of date whitewater slalom boat. Unless there is somebody in your family obsessed with vintage Olympic recreations, this has no utility for modern paddling. Bury it half into the yard and plant geraniums in it.

What Willowleaf said. Don’t suggest making it easier to use this boat. The rest of the picture is people who used these paddled in wool clothes - GoreTex did not exist - and the height of footwear were things like rubber linemen boots.

It is a miracle more of these guys did not drown.

Here is video of more modern versions of that kayak doing what it was designed for. And these are experts. Ask her if this is what her paddling ambitions are: 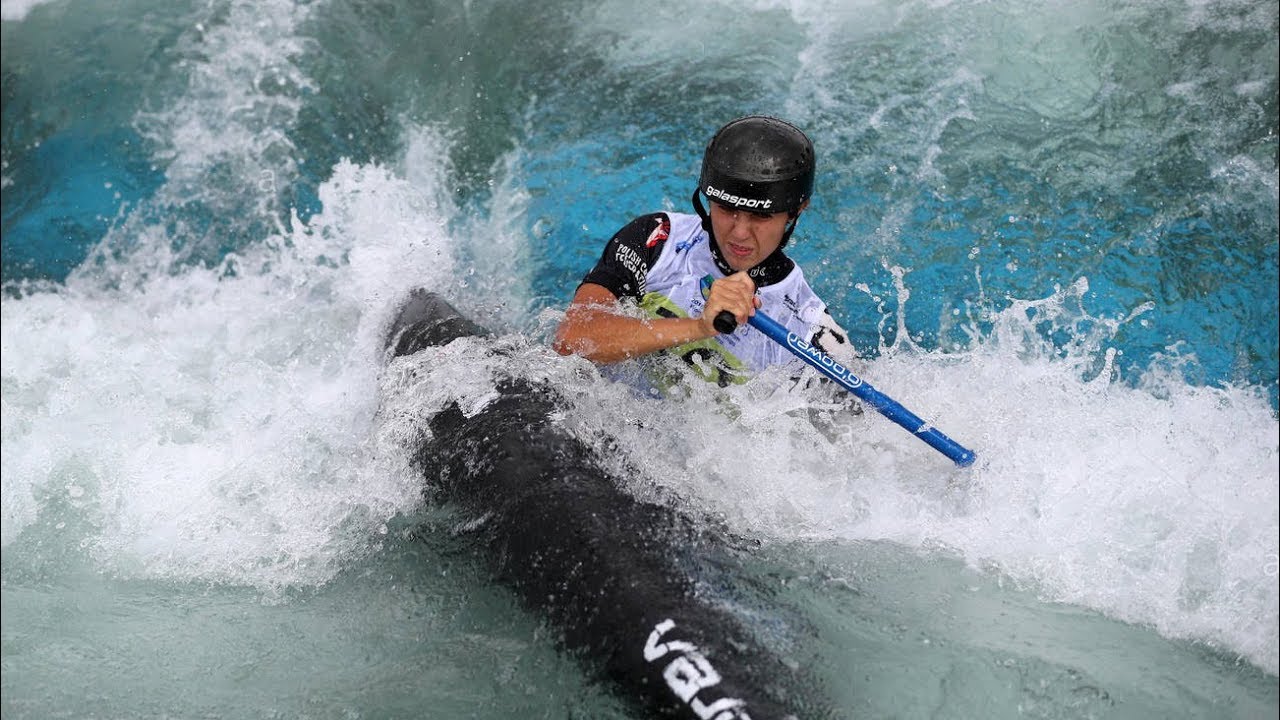 And here is the effort required to do it right: 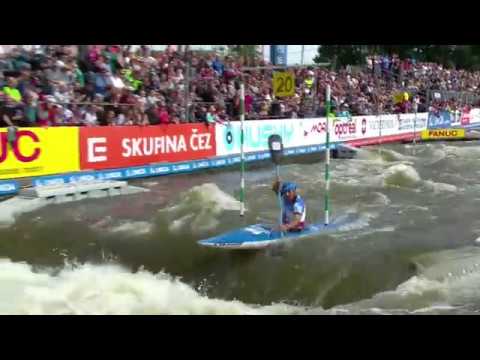 Please spare her the indignity of a Sundolphin, by the way. A good husband would buy her a nice Eddyline Rio or Equinox to start her paddling.

I would add, steer her towards a boat she can lift and load solo. Eddylines are light, as are Stellars.

I was in a store that has kayaks the other day. They are having trouble getting boats but they did just get all their back ordered Eddyline boats. If that is true elsewhere might help.

If she manages to get into that tiny cockpit, I’d really be concerned about her being trapped if she capsizes. A natural reaction when hitting the cold water is to bend the knees, but the only way to get in and out of that cockpit is with completely straight legs. So if she really tries it, convince her to be in shallow water where you can stand next to the kayak and lift her head above the water before she drowns.