I’m looking at a used Vagabond. Guy isn’t sure of the age, weight, or the material. But its green and does say “Kevlar” in big letters on the side!. Doesn’t seem to be any of the current variations on the Wenonah website. I’m curious as to whether any of you have any information on this variation - particularly its weight and whether its dimensions are the same as the current iteration. Here’s a couple of photos.
Thanks 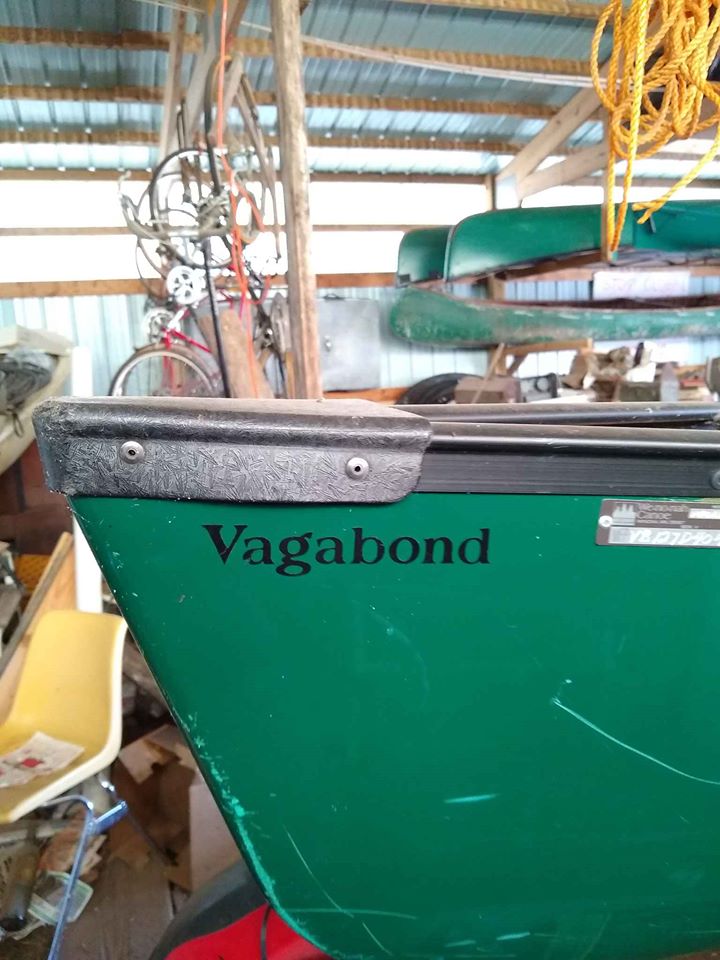 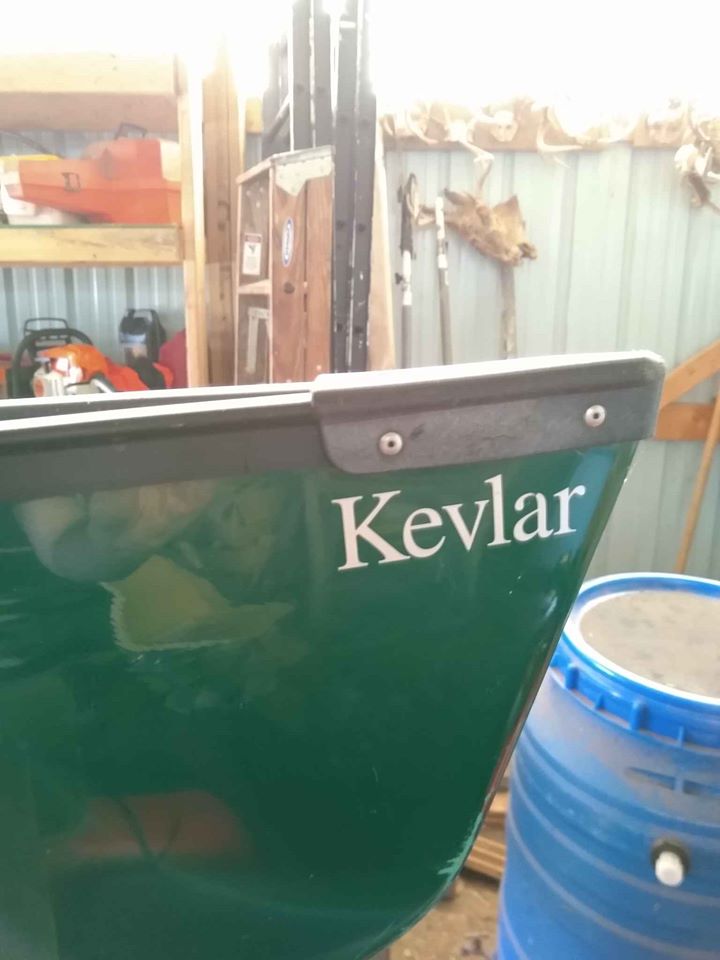 Post the HIN (hull identification number) engraved on the aluminum plate on the stern and we will be able to tell you the date of manufacture and probably a good estimate of the weight.

The Vagabond is a cool little canoe. It’s been a while since I’ve paddled one, but I liked it when I did. Wenonah is still making them, and even their heaviest model (Tuf Weave) is only 40 pounds. My guess is that it is very close to the Flex-Core with Aramid model. Kevlar and Aramid are essentially the same thing (long story…kevlar is a trademarked name of a DuPont aramid fiber).

Normally (pre-coronavirus), Wenonah is very easy to talk to and can be very helpful, but as pblanc mentioned, you’ll want to have the HIN number. I don’t know what they are maintaining for customer service these days.

Thanks - I’m trying to get the HIN but so far no luck - although I am told it ends in 04 which may mean 2004. I’ll post the number if I find out more. And, as for Wenonah CS, they appear to be fully shut down for now.

If the last two characters of the HIN are indeed the numerals “04” then I think you can confidently assume that the boat was constructed for the model year 2004, although it might possibly have been layed up in 2003.

A 2004 Wenonah catalog indicates the following: Wenonah made Kevlar models in both “Ultra-light” and “Flex-core” versions, as well as in “Tuf-weave”, “Graphite”, and Royalex versions.

Listed weights were 29 lbs for the Kevlar Ultra-light and 38 lbs for the Kevlar Flex-core. Both of these had an elongated diamond of structural foam incorporated into the hull bottom. The “Ultra-light” version had structural foam ribs extending from the bottom core laterally up the sides of the hull. The “Flex-core” models did not have these side ribs. If you can get a photo of the hull interior you should be able to tell which version it is.

I would ignore that rocker figure. The Vagabond is really a pretty straight-keeled boat and any rocker is more or less just “end treatment”. But I agree that the Vagabond is a nice, efficient hull for flat water and easy rivers that don’t require tight maneuvering. It is pretty hard tracking and it has been one canoe that a lot of paddlers favor for use with a double-bladed paddle.

I have paddled quite a few river miles on Class I streams and moving flat water in the company of another fellow who paddles a Kevlar Vagabond and he moves right along.

This is fantastic information. I suspect it was the Flex-core version due to the absence of ribs. Unfortunately, it sold almost immediately to somebody who wasn’t as cautious about venturing out at this crazy time as I have been.

What a great resource you guys have been - much appreciated. And feel free to comment on my post about the LL Bean Royal River 13, another contender in the hunt.
Thanks again

I agree. It is a good boat worth owning. Recently I found an Old Town Canadienne in kevlar which is similar. It is the 15’7" model and I plan to use it solo.