I’m trying to get my Eddyline Caribbean 14 pimped out for the upcoming season and I’m struggling to find a seat I like. I love the seat in my Necky Vector (blue kayak below). It has a foam seat attached to the kayak seat pan & a band band. I love that the seat doesn’t scoot around when I get in. The back band is firm, supportive, and low. 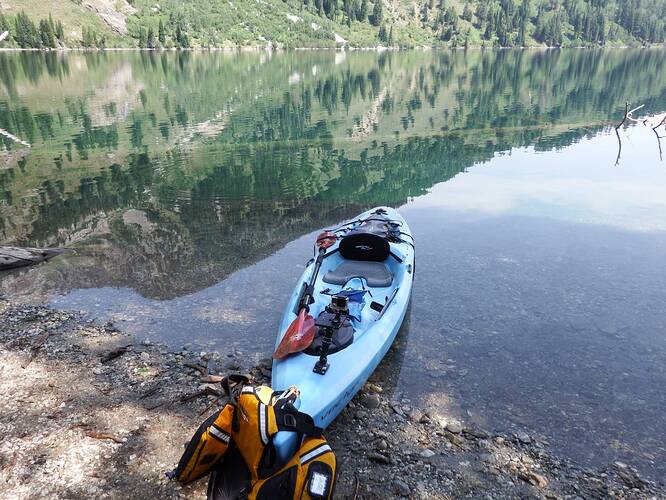 My Eddyline came with this seat…
http://store.eddyline.com/Caribbean-Seat--2017_p_236.html
It’s too high for me, so I looked for one like it with a lower back. I got this…
https://www.surftosummit.com/gts-sport-molded-foam-kayak-seat-p-1620.html?cPath=283_269_308&osCsid=lnapn3sdg1n956kg5oeiode0o2
Lower back, thick padding, and a seat back pocket. I tried it out today and didn’t like it. It scoots all over the place and takes a lot of adjusting once seated to get the back in the right place. Way too much fussing around for me.

I’m wondering if I should get a separate seat pad and a low back band? I have a Swoosh seat pad that stays put pretty well. I see that there are different adhesive stick on seat pads also. I could always just cut the seat pad part off the GTS sport and use the back band part only??? 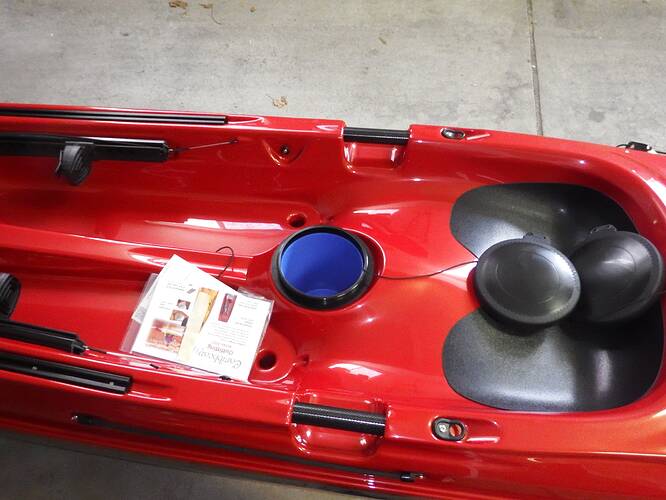 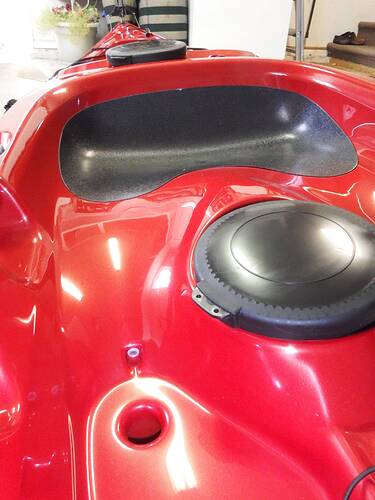 One of my favorite boats in the “fleet” is a Greenland replica skin on frame with no seat at all. It does have a Snapdragon backband bolted to the coaming. What I do for a seat is to use a half inch thick Ensolite sleeping pad (a yoga mat works too) and stick it in the seat area (like you would stick a square of waxed paper into a round muffin tin) extending. I fold over the end towards the bow a couple of times to raise my thighs for comfort and fold or roll down the end sticking up past the backband for extra lumbar cushioning back there.

Might look kind of slap-dash but it’s comfortable as heck and I can change the configuration during the day. Also nice to have the full foam mat at lunch stops for sitting on or even stretching out in the sun. I used to use a squishy seat pad but it tended to slip around, even with velcro fasteners. When you are sitting-leaning on the full sheet of foam it stays in place and cradles your posterior nicely.

Have you considered a Cloud 10 SOT seat? Or seat pad? http://www.cloud10gear.com/products/
I’ve no experience with the brand but have read they are quite comfortable.

The Cloud 10 looks nice but very pricey. If I could take the seat pad from the Eddyline and attach it to the back band of the Surf To Summit then maybe I’d have a better fit??

I like the idea of a separate seat cushion, as long as it doesn’t scoot around and need a lot of adjustment once I’m in the kayak. the Swoosh seat pad doesn’t seem to move too much, but it’s not very thick. The Eddyline seat pan has a drain hole and tube that routes water to the scupper hole in front of the seat, so I don’t know about covering that up with a peel & stick seat pad.

I feel like Goldilocks with the porridge & the beds…trying to find the perfect fit and comfort for all day paddling.

Last night’s kayak MacGyver session had me putting a P&H seat into an old Perception Viszcaya. Deep seat with strapped back support. Made out of rubber coated mini cell foam with recessed stainless threaded sockets. Hefty thing at 11lbs. I was going to put it on the eBay! storefront for cheap with the proceeds going to the SPCA but if you want to try it, it’s yours just pay shipping. Yes, it has a cupholder.

I have other pictures I can send you if you want it. 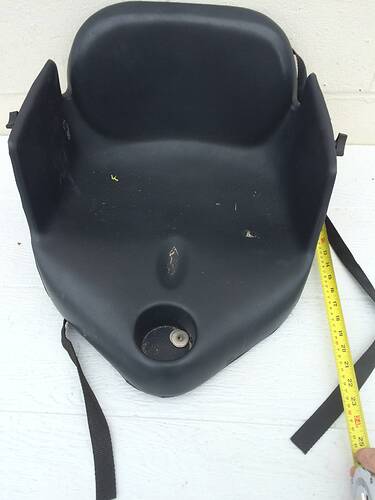 Thanks, but I would have to cut that seat up quite a bit to fit my SOT. I’d rather see that money go to the ASPCA. A worthy cause.

Finally got the seat sorted out. I ordered this one from ACK.
http://www.austinkayak.com/products/145/Comfy-Captain-Kayak-Seat.html

Tried it out today and it’s a winner. Large, well padded seat that stays put. Two pockets & a water bottle holder. I think the key was the rear straps coming off the top of the seat in a triangle down to the seat connections. The other seats I tried had the rear straps coming off the back of the seat much lower and straighter so it allowed the seat pad to slide forward when I leaned back. This seat wasn’t too pricey either. I returned the Sea To Summit seat & I’ll see if I can sell the Eddyline stock seat at our spring gear swap.