Game and Fish wardens tranquilized the mountain lion in the window well and took her out through the house.

In another thread it’s been discussed how various things are causing predator’s to start getting in and among people. Here is one in my home state. It’s a long way from where I am but we have a pretty good number of lions around my home too.

We have lions around in Nevada. Some follow the mule deer herds which is expected. Some specialize in wild horses as prey animals. Recent local research shows that they prey on whatever they can catch. That includes coyotes, beaver, antelope, bighorn sheep, mule deer, jack rabbits, quail, and in tough times each other.

We have had em in the alfalfa fields and in the neighborhood.
Horses, mules and donkeys really hate cats. They do not a lot of snorting and acting up even if there is a little scent around.

Some years ago I ran into one in a remote part of Oregon while riding my new mule. It did not go well.

That’s for sure Ppine.
I used to live in Western Nevada. I have seen more lions in 1 year around Smith Valley and Mt Seigel than I have seen in 30 years combined in Wyoming.

We have them skulking the outskirts of Dallas. They apparently have a huge territorial range they travel and they have been spotted all over North Texas. I have also seen one out my tent window while camping on the Sabine River near Carthage, TX and found a big print in the soft dirt behind my campsite at Palo Duro Canyon. I never rule out encountering one. 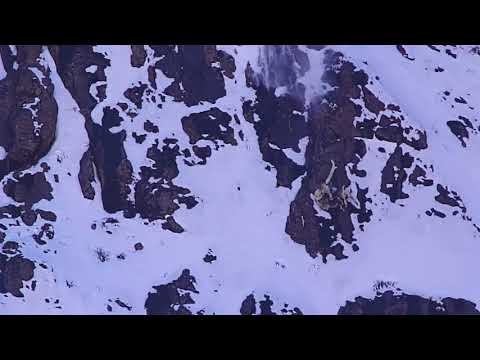 they have this potential. just in case you forget … this is fascinating

Such a beautiful cat. Amazing it was unharmed in that fall. 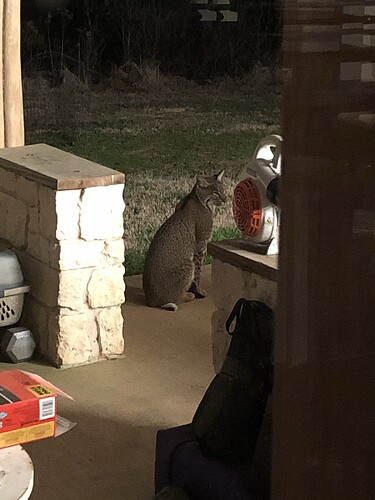 Bobcat1575×2100 464 KB
I live on about 20 acres just west of Houston. When we bought the place 2 years ago it had been vacant for 6 months. Right after we moved in my son snapped this picture after he was woken up in the middle of the night with this guy trying to get into his sister’s rabbit cage.
TXRiverRunner November 8, 2022, 7:51pm #9

I saw one while I was riding around a cattle ranch near La Grange.

Riding? Was it a Mountain Lion or a “Cougar” riding around in her golf cart?

I have edited my response.

14 yo girl was attacked by a mtn lion this week in south Reno.
She escaped, but it is proof yet again that the fires and drought are having serious effects on wildlife.

Ppine, my Sister told me about that. She’s in Washoe Valley. She said it made the TV News in Carson City and Reno.

We had something similar happen only 3 days ago on the Wind River Rez. A Lion faced down and threatened a girl on a street as she was walking home from school. A man saw it and stopped his car and waved a coat at the big cat but the cat didn’t run off. He got the girl to get on the other side of the car and they got in and drove away, so no one was hurt, but it’s caused a bit of a buzz.

I have a few Arapaho friends who live out there and they all tell me they are carrying rifles or shotguns in their cars now and are on guard. They don’t dismiss such things as unimportant warnings.
The Reservation has a few smaller sub-divisions but in the area where the girl was confronted the homes are very spaced out, about 1/2 to 3/4 mile from each other. so the land is of a sort that is very easy for big cats to hide in.
I don’t know if that lion will make another appearance but it might. Time will tell.

Over and over we are told that such confrontations are “extremely rare” and that is a mater of human population in contrast to attacks and threats. If we have 7 billon humans on the earth and we look at the number of incidents with mountain lions “extremely rare” is one way of describing it. However the number is not non-existent.
Here are just a very few that did get coverage. I know that most of the bear encounters we have in North Western Wyoming do not make the news and many are not even reported a tall. I wonder if that is true about loins too. I have tried to find coverage of the one 3 days ago on the Rez, and so far there is not a word spoken or written about it around here.

Just a few that did get some mention in the News in other places: 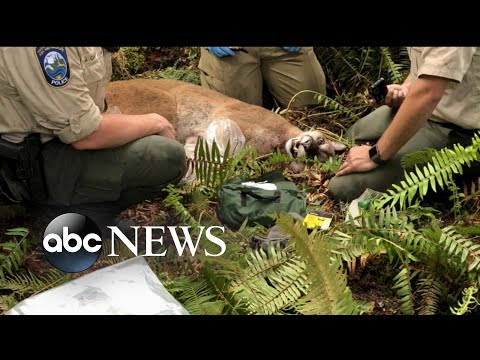 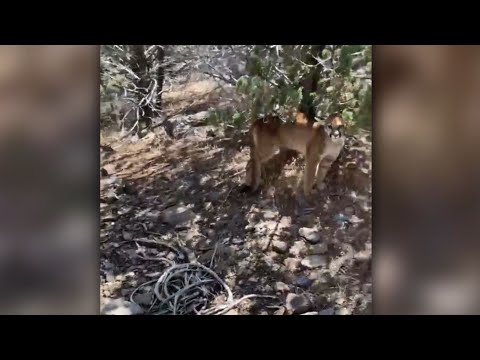 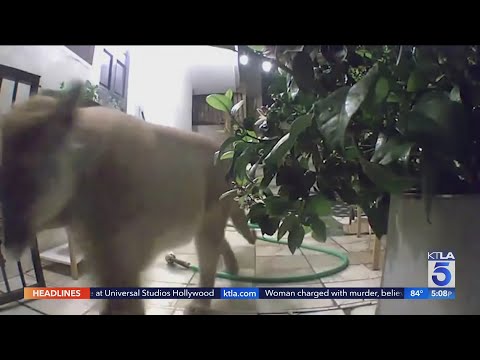 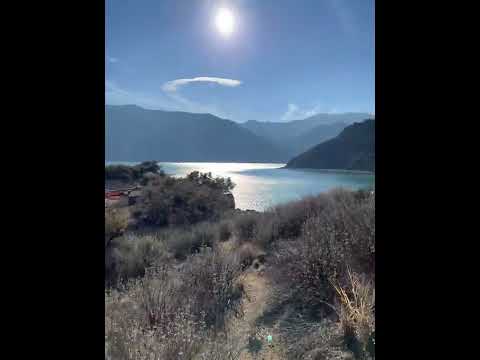 Occurred on January 8, 2022 / Los Angeles, California, USA"I was stalked by a mountain lion so I ran up on and scared it away with a roar at the last minute.... 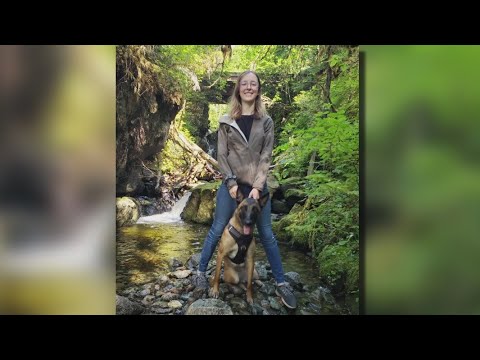 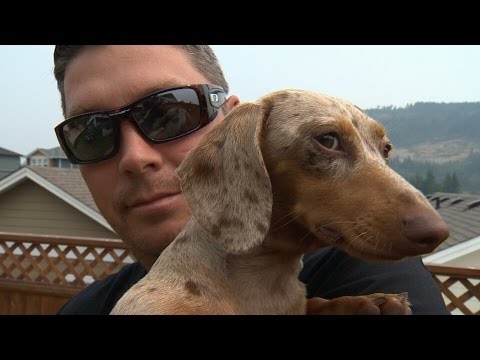 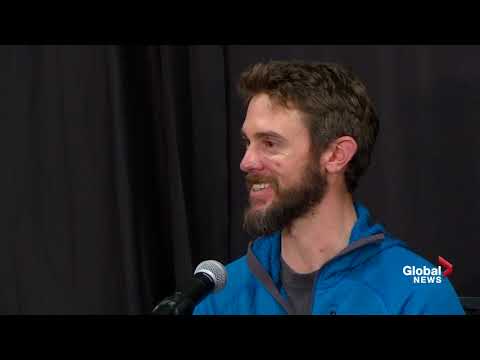 szihn,
Places like California no longer have legal hunts of mountain lions. That state has plenty of different kinds of habitats and easy winters. There are 40 million people in the state that love to recreate in the outdoors. All of the ingredients for encounters.

The public seems to have great fear of mountain lions. They are often around but rarely seen due to their stealth. A big cat is only around 150 -175 pounds. They have equipment which makes them dangerous. Definitely make yourself big and aggressive. I always swear at predators in a loud voice when they get too close. Throwing rocks and branches at them is a good idea. People seem to freeze from fear in the videos I have seen. I have started carrying a heater in the open country behind the house where I go walking with my dog.

All true. Any predator can be excited to give chase even when not hungry if you run from it. Bears and cats both will do that. Turning your back and/or running are the 2 things that you should NEVER do if face to face with either.
The predator will often give chase just for the fun (instinct) and getting knocked down and grabbed by a bear or cat is not ever going to be good, even if it had no intention of killing you. In the case of either one, once you are down and in their control, the mauling will probably continue just because it’s an activity they are used to doing once they catch any kind of pray. That part is going to be instinctual.

In my many years of being an outdoorsman in both professional and recreational activities I have been face to face with bears many times, and with mountain lions 3 time. “Getting big” and loud does back most cats off, and also most times it works with black bears. The one cat I have seen that sometimes gets more aggressive in such times is a bob cat, but lions have always run If I acted like I was willing to fight them.

I don’t know how big you’d have to get to back a grizzly down, but in my many years of being around them standing my ground has worked as well (so far) and backing away slowly and speaking in low tones. Do nothing fast! Bear spray is VERY helpful.
But grizzlies kill horses, cattle, elk and moose quite often all around here, so I am pretty sure a man can’t GET bit enough to scare one of them off. If they leave it’s because they decided to, not because you scare them.

I have been dealing with them for almost 1/2 a century now, and I have not had to kill one yet. But what I have seen in that last 47 years makes me more sure now that I need to be able and willing to fight than when I saw the 1st one all those years ago. I have never been in a bad car crash, but I still wear my seat belt. I have not been charged by a bear yet either, but I still carry a gun. I hope at the end of my life that both the seat belts and the guns were waists of time. I am just not willing to take that chance knowing what I am gambling, if I am that one guy in 100,000 who needs either.

Odds are well in my favor, but the stakes are as high as it gets.

The more I have seen of what they can and have done, the higher the degree of respect I have gotten, not the lower.

Szihn you are welcome at my fire anytime.
The best thing to do with those bears with humps is to avoid them and stay out of their way.
Make noise and let them know you are coming.

Thank you Ppine. That was kind to say. Someday maybe we will meet. I was thinking about coming to see family on Thanksgiving, but my 4WD truck is not ready for the trip, and snow over the mountains would be a problem in my 2Wd because it’s tires are just made for dry roads.
But if I ever get to come back to Carson City or Reno in the summer maybe we could do a day trip on Tahoe or some other lake. Might be fun.
Happy Thanksgiving and Merry Christmas.

Happy Thanksgiving. It is the best holiday.
We will be over at Wally’s Hot Springs with close friends. Founded in 1868, Mark Twain soaked there.
There is a handbill from 1905 on the wall. People could take the train to Reno and the stage to Wally’s.
Tomorrow night I am cooking on a fire at the backyard campsite. Happy Holidays.

I used to ride horses and mules in this country every week. They are very adept and letting us know when predators are around. They don’t like bears much, but they really hate cats. When we crossed mtn lion scent there was always a lot of snorting and dancing around. They always wanted to turn around and head for the horse trailer.

Oh I have been at Wally’s many times going back to about 1970 or so. I know it well. Just a skip over from Genoa. From Minden I’d take Muller Lane or from Carson I’d turn on Jack’s Valley /Foothill road. In the 70s I hunted deer up hill to the west a few times, and rolled them down the hill right to the highway. Quite a steep roll in fact. Where we’d take the truck to pick them up was just about 200-300 yards south of the hot springs back then.