How can I remove these screws?

I have a Redfish Heritage kayak that I bought used last year. One of the foot braces on it broke, so I bought new ones as replacements. I am unable to remove the screws from the foot brace rails nearest to the front of the kayak. The screws are spinning in place and they are both stripped. From what I can tell, the screw goes straight into the plastic with no metal “nut” holding it in place (not sure what the term for it would be). Can anybody make any suggestions on what to do? I attached a picture for reference. 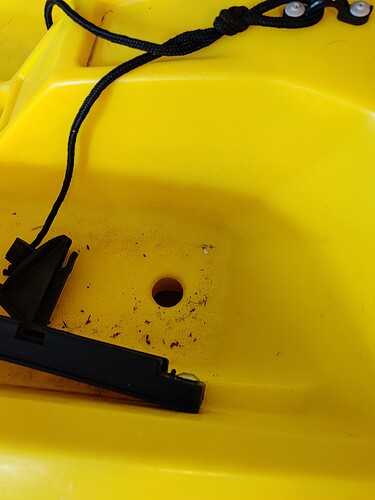 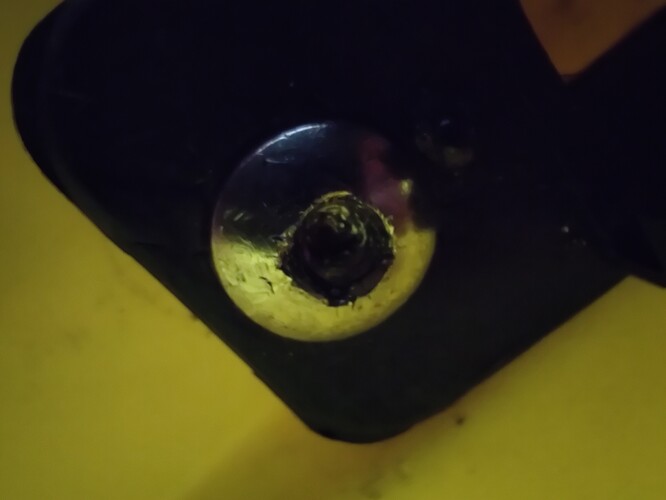 Was there a well nut in the hole?

They make extraction tools for that like a reverse easy out.

It does not look like there was a well nut. I bought the kayak used and I didn’t install the current foot braces.

Many ways to remove it. My method would be a cutoff wheel, but a hacksaw or other method would work so on to the bigger question. What about the hole?
The simplest answers are either put a short stainless bolt through the hole with a washer on either side and some form of sealer (Calking?). Yes you can remove them. You simply need to fill the hole. There may be some sort of plastic weld you can do also, but I would simply use a short stainless bolt with washers and some form of sealant like calking or permatex. Read the labels of a few options and see what has good plastic bonding characteristics.

What do you mean? You think I should cut off the screw head? How would I remove the remainder of the screw that’s stuck in the plastic?

Take a 4" thin wheel on a disk grinder and make a slot in the head for a large screw driver.

They are not screws, they are bolts. They have a nut on the other side. Try to use a nut driver to hold it, but a pair of pliers will work.

The bolt goes into the wall of the kayak. It’s a SOT kayak, so I can’t access the inside of the wall.

Not even through the hatch?

I would drill a hole down the bolt and use an easy-out. When turning it, slide a screwdriver under the head and keep pressure on it. That should wedge whatever was used as a nut and keep it from spinning.

There is only about a fifty percent chance you will be able to put the screws back. Some companies use regular nuts and a washer. Those will fall to the bottom of the bilge when the screw is removed.

Some other companies use something similar to a plastic anchor, those will stay in place.

If the nut does fall you can use something like those plastic anchors to re-attach the screws. I like the kind that open like a toggle bolt, they spread the stress out a little.

Heritage Kayaks, a Chinese company, is no longer in business.

Heritage Kayak models are now being sold under Native Watercraft and LiquidLogic Kayaks. Both companies are located in the US.

Why not call or email one of these companys’ support lines. I doubt if this is an uncommon problem. They might have a solution.