I just purchased a 16ft Mad River Explorer off of craigslist. Initially I thought it was Royalex but now i’m wondering if it’s fiberglass. The seller claimed that it was purchased in the mid to early 1990’s. Looking on Mad River’s website, it seems that they made both materials in that time frame. I tried uploading more than one picture but they only allowed one. Thanks in advance for your advice! 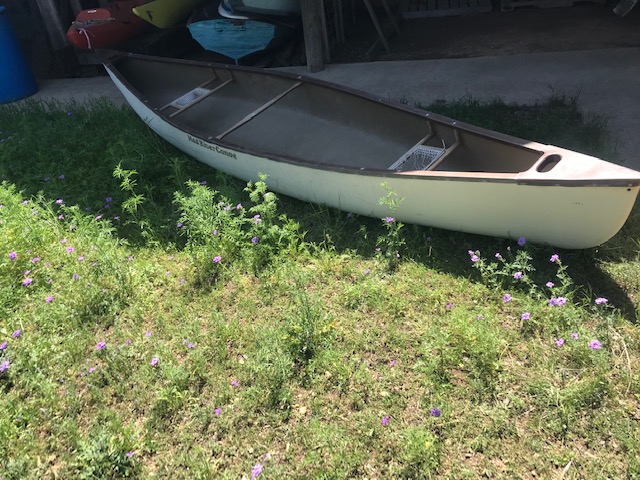 Here is a picture of some scratches on the bottom. 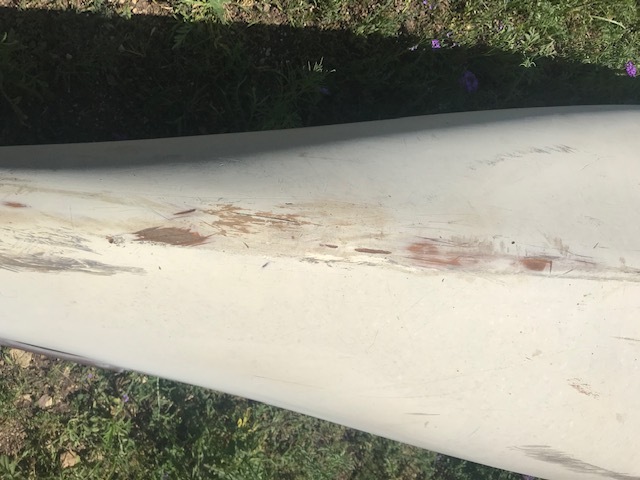 It sure looks like a composite canoe, and it may well be kevlar. If the insides are a faded yellowish color that would be the case. Also, if the weight is under 60ish pounds that would also suggest kevlar. A picture of the inside with better lighting would be helpful.

Fiberglass hulls typically has finer entry lines. The Royalex hulls look kind of fat and chunky in comparison. I am guessing Royalex.

The composite Explorers were around 16 1/2 feet in length. The Royalex models were right at 16’.

All of MRCs composite boats had wood gunwales and deck plates. Some of the Royalex models did too but synthetic gunwales were also common.

Although the picture leaves a bit to be desired, I don’t see any flotation tanks in that canoe. A composite model would have tanks at the stems. Royalex is inherently buoyant so it doesn’t need them.

This is what I use for scratches like that. Of course my white canoe used to be blue.

forwarded this craigslist ad boat to a friend in austin who is in need of a boat. looks like you beat him to it. mind if i ask what you paid?

I have a Kevlar MR here with no tanks. In general you are right, but it’s not an absolute.

I ended up paying 500 for it. I was expecting to get if for less but besides repairing the seats, it was in really good shape.

I would like to see a photo of that boat. I would assume that it would have to be the lightweight version with a foam core bottom that might provide for positive buoyancy. I thought those versions still had end tanks but I could be wrong. 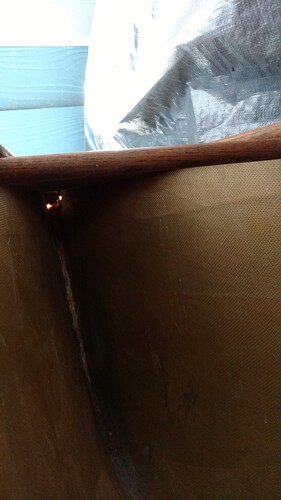 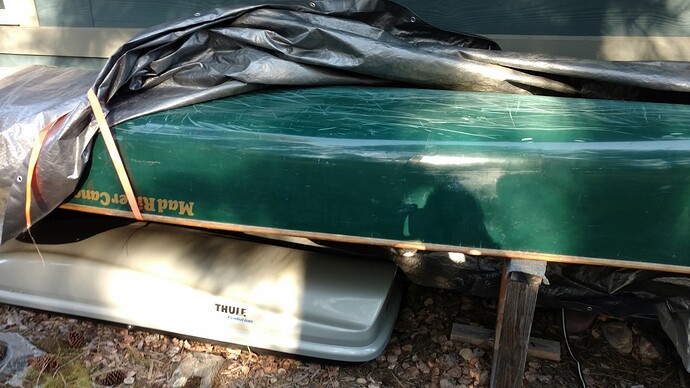 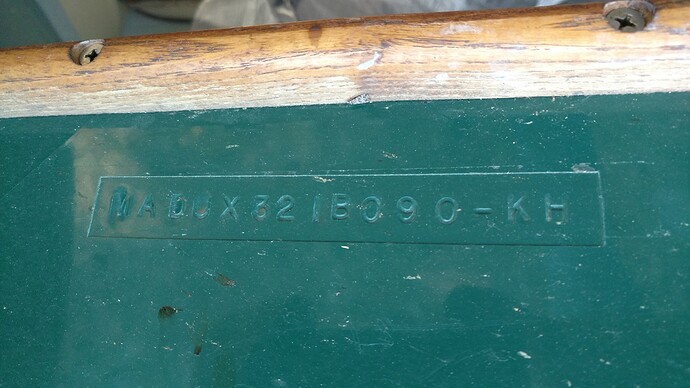 Yes, the KH appended to the end of the HIN stands for Kevlar Hybrid, i.e, Kevlar/Airex hybrid. The Airex foam core gives it enough buoyancy to float without tanks.

Interesting because even the MRC KX ultralight Explorer had float tanks.

This is a Voyageur fwiw…

That might possibly make a difference. The longer foam core would provide more buoyancy relative to overall weight in a Voyageur than it would in a canoe almost 2 feet shorter.

So maybe I still haven’t seen a composite Explorer without tanks.

But now you’ve seen a composite model without them.

99% of the time I think you are right… tanks in composite hulls, but if someone posts up an oddball they want to id it’s worth keeping in the back of the mind.

Actually I have now seen two. A friend sent me an email with a photo of an MRC foam-cored Malecite without tanks.

I spoke to Mad River today and they said my boat was from 1990 because the last numbers of the serial code were 90. @Dick_Summers, your boat also says 90. Is it a coincidence that your boat is also from 1990 or would you say that I received misinformation?

He did send me the 1990 MR catalog. Been fun to look through. Happy to share it here if there is interest.

The last four characters of the hull identification number (HIN) indicate the model year for which the boat was constructed and often also the month and year of certification with the US Coast Guard, which is when the hull was actually molded.

Different formats for the HIN were used over the years. If the last two characters of your HIN are “90” then your boat was built for the 1990 model year. It may have been actually built and certified the preceding year, however.

If it is a 1990 model year boat, then the two characters than precede those last two will likely be a letter and a digit indicating the month and year of certification. For example an “L9” would indicate a boat built in December of 1989 for the 1990 model year.