Is the manufacture date somewhere on the frame? I don’t know much about bikes.

The tires look nearly new and everything appears to work properly. The gears may need a bit of adjustment, I’ll ride it more to see if it settles in a bit - it hadn’t been ridden much recently.

I haven’t owned a mountain bike for a few years and my previous one never felt like it fit right and I gave it to my grandson. 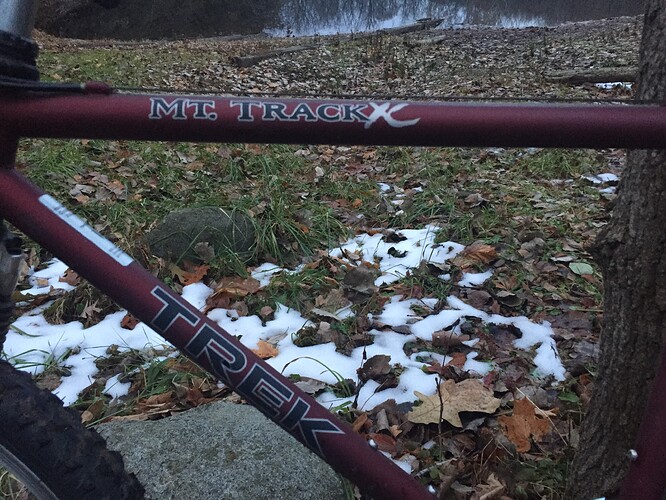 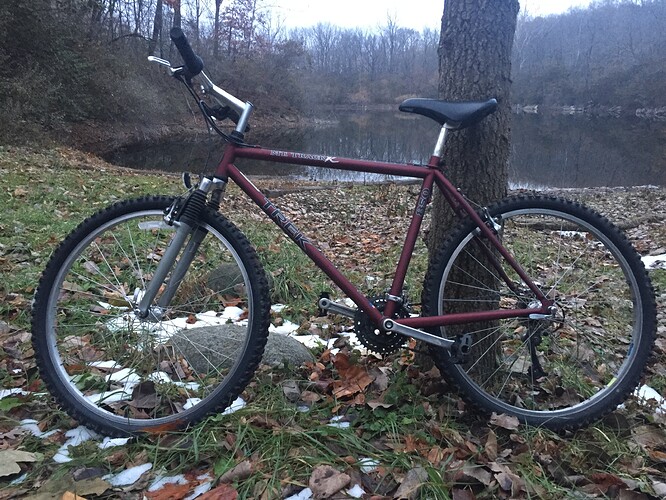 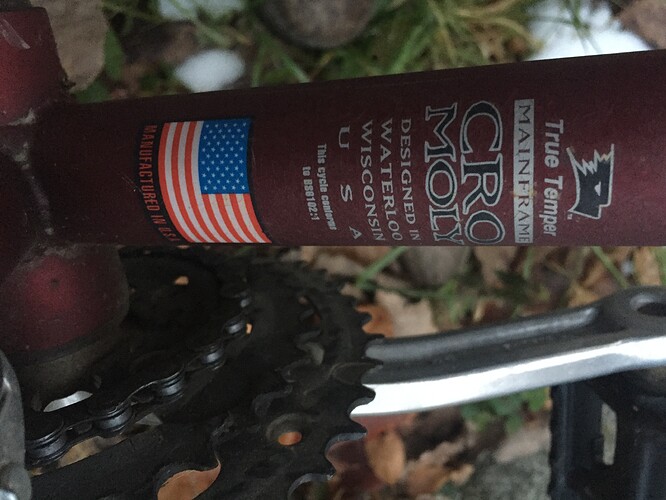 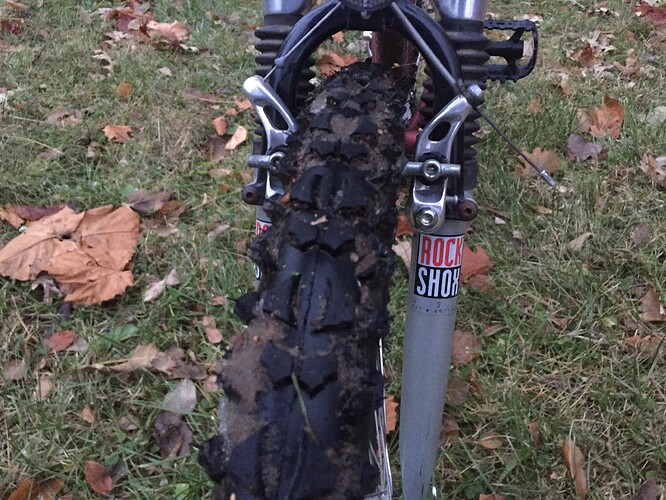 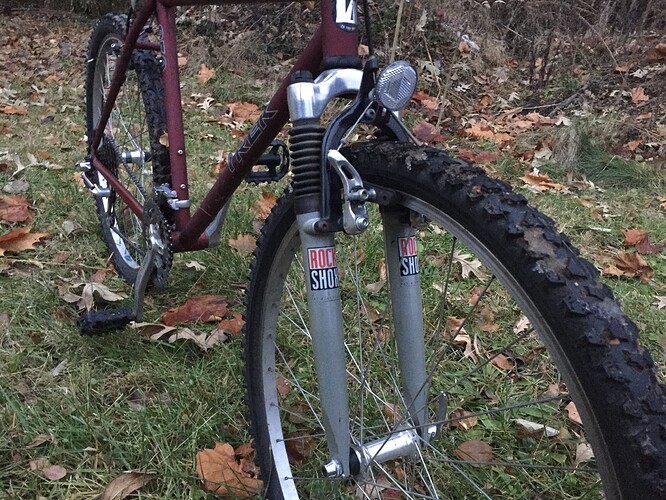 On mine the ser# is on the frame underneath the crank. I forget how to read it but it shouldn’t be hard to find out.

96 looks about right. They went to the Mountain Track name. Start having twist shifters, etc. My similar 1992 was an 820 Antelope, but had real good thumb shifters. These were geared like a hybrid bike would be today without a low enough gear for anything but relatively flat mountain biking. Putting smaller chainrings would improve it for mtn biking. I think the rear cassette had the largest gear possible for the derailleur.

The Rock Shox fork is not original. The original folks was tubular comoly.

Yeah, I know I’d get more replies from a bike forum, but I haven’t joined any any I knew there were some avid cyclists here.

The code under the crank appears to be W001509. The third digit is really difficult to discern, so I’m making my best guess on it. Thanks for that guidance.

I didn’t think the 850 came with a shock. I don’t know if it’s addition is good, bad or indifferent.

I do know that I’m more comfortable riding this mountain bike than the Giant that I gave to my Grandson.

Looks like a great ride. I’ve been thinking of getting into biking because we have a 27 mile paved bike path along the Lake Michigan shoreline. I think I could bike faster than I can walk. 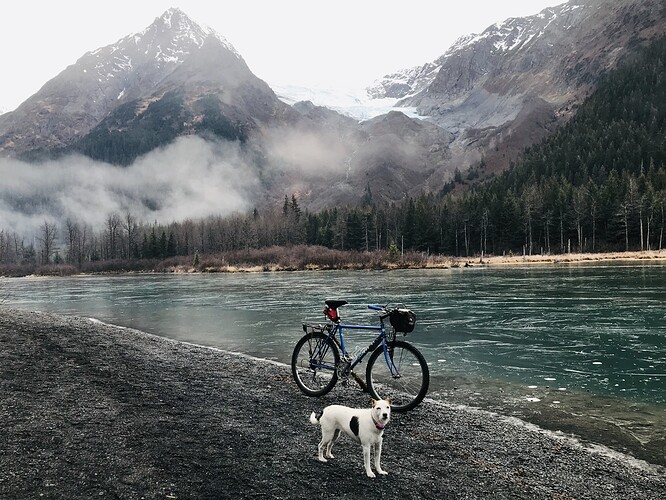 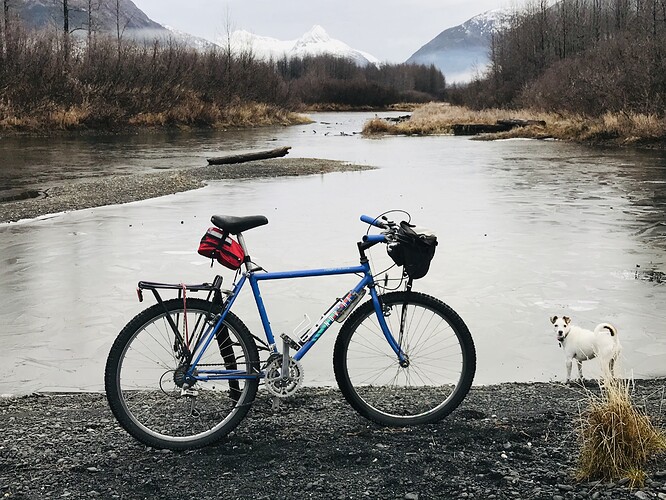 I would ask your question on www.mtbr.com.

Where does your dog ride?

Rookie:
I’d highly recommend Speedmerchants in Rockford if you are considering a bike. They have rentals and they are very good at determining the best fit and function for a cyclist. I got a reconditioned Slingshot road bike from them (a great bike that used to be made in Grand Rapids, though they have stuck with mountain bikes in recent years). I preferred it to the Trek 7000 mountain bike I had when I moved to Bland Vapids in 1996 – I rode that frequently on the West Michigan bike trails (virtually all paved and nearly all completely flat) but when it was stolen in 2000 I used the insurance money for the road bike which was faster and in many ways more comfortable for that type of riding.

I rode the Kent Trails 13 mile trail from Ball Park to Byron Center and back several times a week in good weather, for scenery, fitness and stress relief. Weekends took me to Hart-Montague, Kal-Haven or the Lakeshore Trails, or farther afield with my uncle and his biking club, the Rapid Wheelmen. Lots of great biking in your neck of the woods. But I think the road biking and paved trails are the way to go since the sandy, gravely soil isn’t great for off road, at least in my experience.

I credit both biking and kayaking (which I got into in earnest also while living in Bland Vapids) with saving my sanity during that 8 year exile amidst the sanctimonious Hollanders.

With the cantilever brakes, I would put it as perhaps earlier than 96. That was about the year everyone was switching over to Shimano V-brakes.

Around the same time everyone was switching to the clam on stems, where this has the more common in earlier bikes one that used a cam inside that you tighten using the bolt at the top to lock it on (forgot whats they called that style).

The problem with using components to date a bike is that some owners deliberately sought out older designs if they preferred them. I did this. Who knows how many mods the former owner made?

I call the older style of stem fasteners internal bolts, vs the external clamps.

Thanks. Checked out the Speedmerchant’s site, even though it’s located 200 miles south. Wow.
Don’t think an $11,000 Trek bike is in my future even if I won the lottery (and that bike was on sale).

There’s a few bike shops up here which offer rentals and fitting programs and some are open in the winter. Need to get over sticker shock first.

Used bikes (like used boats) are the way to go when first getting into it. And in Michigan you don’t need a lot of fancy gears. Since I moved back to western PA where we have crazy steep hills, winding cobblestone streets and gravel and packed dirt rail-trails, I picked up an older but reconditioned KHS front shock mountain bike. It was only $175 (they ran about $600 new) and it’s been great.

If you aren’t going to do rough trail off road biking or have a need for speed on the flats, a used front shock mountain bike with decent components can usually be had for under $400.

here is the list of vintage Treks by model and color.

It is a 96, it is the color called Dry Ice Red with black stickers. Found this when I picked up an aqua fade 93 multitrak.

I still have my 1999 Schwinn Moab 3 aluminum frame mountain bike made in the USA. It was an upgrade from my Trek 820 with chromoly frame. Both great bikes last forever if maintained. I went high tech for awhile and had a 29" full suspension mtb ended up selling it, the MOAB was a better fit for me.
.

Today I acquired a free Pacific Timber Trail women’s mountain bike from a university student leaving town and it’s much easier riding on streets than the Trek 850 in my original post.

It’s heavier than the Trek and probably not as well made, but seems to fit me better and rolls a lot easier. Maybe the Trek could use some hub or bearing work after 25 or so years. 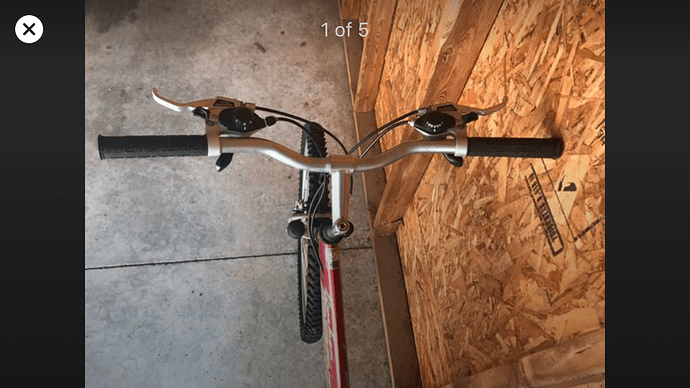 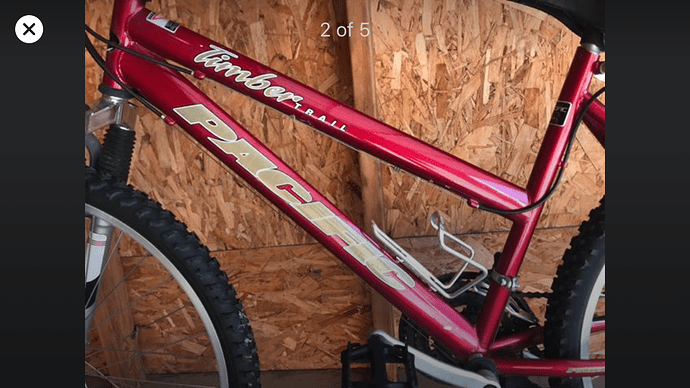 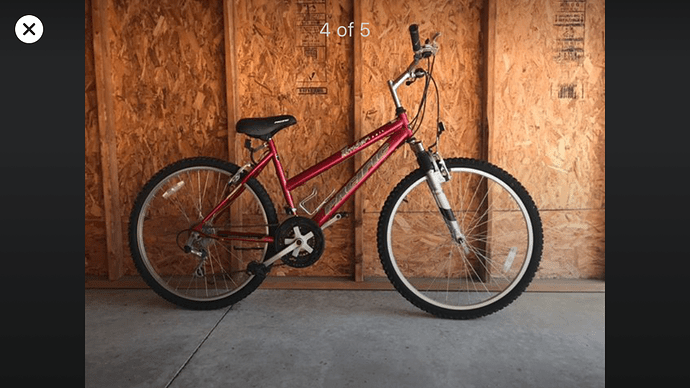 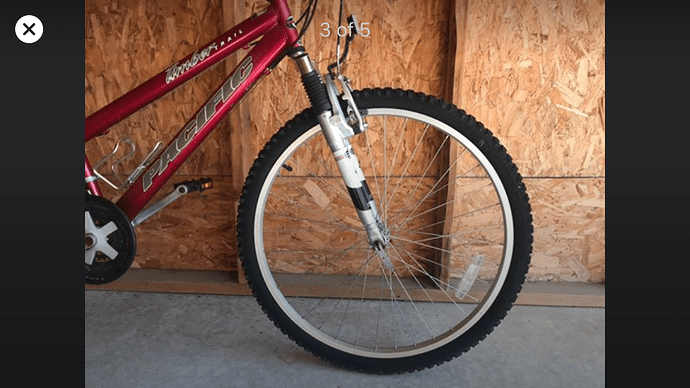 Maybe the Trek could use some hub or bearing work after 25 or so years.

Yes, I would think it does. Not that hard to do or can have it done. Youtube.