I have an attack cat.

Primarily his victims are dogs, regardless of size. He could care less about them until they invade his space, that being our yard. He lets other cats walk past with no reaction.
We are keeping our daughter’s dog, who is 10x the size of the cat. For some reason he decided at first sight that the dog was toast.
The poor dog is terrified.
I think things are calming down. The dog is secure in his crate and we protect him when he needs to go out.
I got tired of reading about unintentional suicide by pool toy.

My neighbors call my cat O.D. for Orange Death.

Years ago when the kids were growing up we had both a cat and a dog.
One day a guy was walking down the street with a large unleashed German shepherd and it came up on our front porch. Our cat went right through the screen of the door and jumped on the dogs back.
The next day, the guy came to the door complaining about the cat and wanted me to pay his vets bill. I laughed in his face and said I would if he would pay for the screen door repair bill.

We had a black cat named Otis with a bit of a mean streak. My friend was visiting with his 125 pound Rhodesian Ridgeback and the dog is sleeping on our couch and snoring so Otis jumps up and stands right in his face. Poor dog wakes up and somehow jumps over the back of the couch to avoid trouble.

I once had a cat that I could point out a dog to and say, get him. The cat would take off like a bullet for the dog. Every time the dog would look up, see the cat coming and turn tail and run for his life. This cat meant business and was capable of making a mess of them. One of the saddest days of my life was when the cat had to be put down. He was my constant buddy and was with me and watched me like a hawk on all of my projects in my shop. 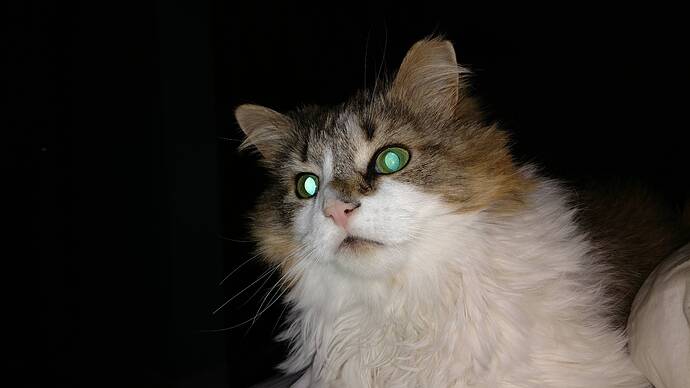 Sandy Boxed my little dog the other day as she screamed. He was a rescue hr. before hurricane Sandy as a kitten. Always ran towards me when I came home in car. I could never see him so I would have to get out all the time. AKA Meowdy 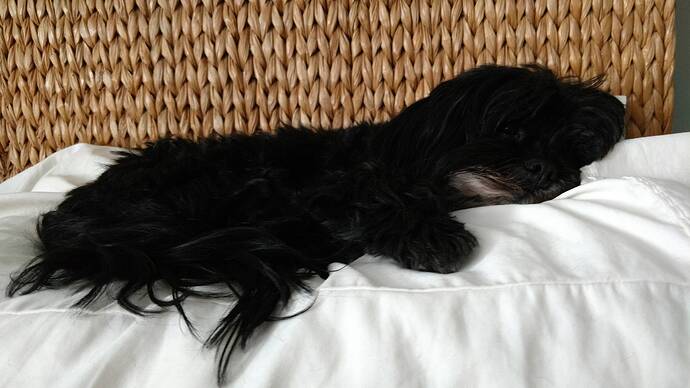 I had a similar cat. Gave him to m.i.l. She gave him to cousin who lived in apartment in Atlanta. Burglar broke in…cat attacked…burglar did more damage getting out than in the apartment. Good cat…

Wow, cool stories. I get really tired of how so many men think that to be macho they have to hate cats (I think construction workers have to check a box that says “I hate cats” on job-interview forms. It’s right next to the question about whether or not they can remain sane for more than 5 minutes without chewing tobacco). Cats come in all sorts of personalities, as dogs do, and they can be really cool to have around.

We had a Siamese cat when I was a kid. It was an indoor cat that loved everybody, but the first time we put it on a leash in the side yard, it took off after a neighbor’s dog that was about 40 pounds and trotting down the middle of the street, and chased it all the way to its home a block away. Recent cats I’ve had would try the same with wandering neighborhood cats, except I learned the warning signs regarding “strange cat alert” behavior, and would be extra careful not to let them bolt out the door if given the chance

Siamese are twisted. I had one that would attack anything. My boss had one that would wait in a tree for a dog to come down the sidewalk and then drop on the dogs back. Dogs learned to cross the street when coming near his house.

We once had a big tabby named Larry,
and boy how he liked to chew tobacco.
This thirty-pound overweight grey puff ball,
exuded many tendencies quite wacko.

I never saw him hunt any prey with a stalk,
he much preferred porch overhang perch.
In Seventh Bomber Wing slogan-slingin’ fashion,
four 'n twenty blackbirds he sky-pied besmirched.

Then there was this time an eight-foot black snake came to call,
Larry wasn’t takin’ any of that apple salesman’s jaw.
He ripped devil into pieces biting off his head of dread,
carcass smattered with tobacco-stained furball.

But can’t really say I ever saw him takin’ umbrage,
to canine’s growled-thru-grin animosity.
Nor did I ever see him turn that tail and run.
I suppose he knew he wasn’t one for velocity.

No, I suppose he just knew it be better puttin’ out
a big helping of that sweet, sweet kitty-purr.
Hell, it melted even mastiffs from their menace maniacal,
guess ol’ Lars knew how to tame the beastly cur.

And thus it came to pass when often I came home,
on the front porch be entwined K-fee-ensemble.
Why once even pack of timberwolves were piled-up there en masse,
my sham of a cat their piled-on puffed-up pillow pal-o.

My wife was house hunting 30 years ago andet the only cat she has ever been afraid of. The room had a " beware of cat " sign on it but the realtor opes it anyway.
My wife said there was no doubt that one had death in his eyes. They slammed the door and escaped.
Any old house cat has an array of weapons that can do you severe damage.

Pictured is an old buddy named Woody, chilling out in his favorite spot, where he surveyed his domain,
Had him for 15 years; followed me around like a dog. Still miss having him around; he was a hoot.
Never could get him inside my “loafers” shed; he hated power tools with a passion.
But he was generally fearless, and very curious about wildlife. Went toe to toe with dogs, deer, possum, other cats, snakes, squirrels & skunks (never got sprayed?).
The only time I saw him get into trouble was when a big boar raccoon backed him into a corner on our rear deck. When I opened the deck door, the coon forget about Woody & acted as if he was going to try to back me into a corner. The coon (18 pounder) lost to a .22 magnum.

PS The only thing Woody was really afraid of was my Red Ryder bb gun. I shot him in the butt a couple of times when he got to close to a Bluebird house in our backyard. After a couple of bb hits in his butt, he gave all 5 of our Bluebird houses a wide berth. 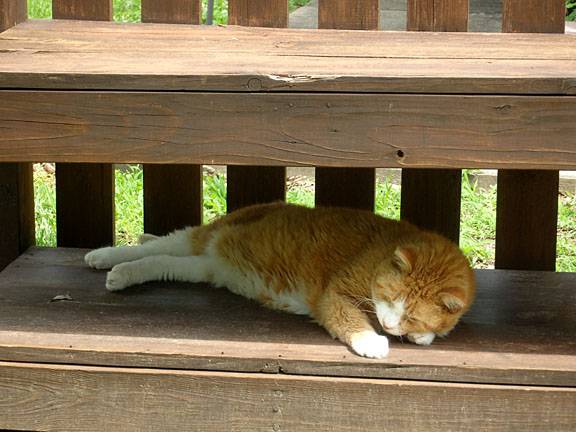 Looks like our cat Henry. They’d take him in the back at the vet then you’d hear things crashing and bashing…and the assistant saying, Now kitty…now kitty…bashing crashing sounds continue.

I’ve had a series of excellent, people-oriented cats during my life. But the smartest and bravest was Natasha the Nosher who was my companion for 17 years during my 20’s and early 30’s. She woke me up one night when one of my housemates had left the range turned on downstairs, filling the first floor with natural gas. She had kittens at the time and had moved them up to my bed and then pawed at me to wake up. I was able to rouse my roommates and get us, and the cats, out of the house and open all the windows.

A few years later, a drunk and angry ex-boyfriend forced his way into my apartment, cornered me and was being verbally abusive and threatening, ignoring my pleas that he leave – Nasha ran in and jumped between us, hissing and swatting at him. Jerk that he was, he was a dog owner and was attuned to animal behavior. He stopped in his tracks and said “Jesus, I am scaring you aren’t I – the cat knows” and he left. I was freaked out enough that I broke down crying after he was gone – Nasha fussed over me, putting her paws around my neck and licking the tears off my face.

I learned to trust her evaluation of any new dates – if Nasha approved of the guy (by rubbing his ankles, head-butting him and purring) he was OK, but if she hissed at him on first meeting and backed away I’d proceed with caution. I have to say she was a good judge of character and was never wrong.

Nasha had a mixed relationship with dogs. She was lounging on the front porch while I was working in the garden and a neighbor’s mutt got loose and came barking and charging at me – Nasha was on him like white on rice and sent him yelping and bleeding back to his own yard.

I had another housemate with a pair of Great Pyrenees. She and the 100 pound male hated each other. She would wait on the dining room table for him to pass and ambush him by jumping on this back. We would hear crashing and barking and yelping and rush downstairs, only to find chairs upturned, clumps of fur floating in the air and the dog and cat lying on opposite sides of the room looking “innocent” – “fight? what fight?”

But Nasha and the female Pyrenees, Snowball, were buddies. They had pups/kittens at the same time and used to share mothering duties. Snowball could clean a kitten with one big slurp and it was really funny to watch Nasha trying to groom a wriggling 5 week old Pyrenees pup nearly as big as she was. I even spotted them co-nursing when the litters were still small.

I’ve had (and still have) some great cats, but she was one of a kind.

We have been fortunate to have 2 like that. Dusty is still going strong but really showing his age. As is Reina the poodle. I won’t mention my wife and I.