I love sunset on the water 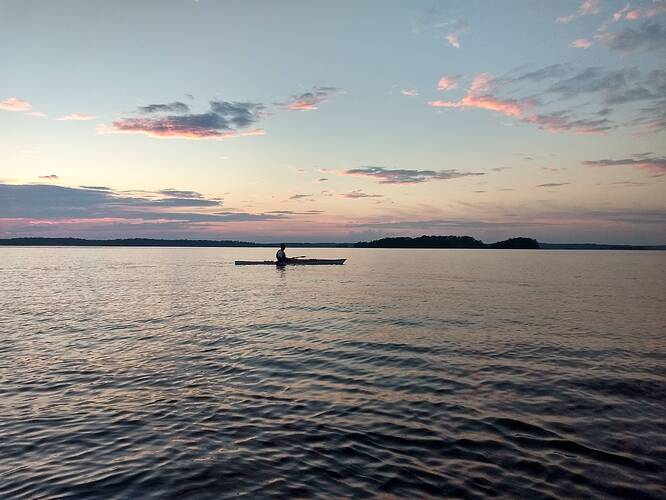 It was a beautiful afternoon. Hot when we put in about 6 pm. It was very nice by 8pm. The power boaters were gone.
Lake Hartwell, SC but could have been anywhere. The guy in the photo is a racer who seldom cruises, but did with us.
We loaded out in the dark; he put on his head lamp and was gone 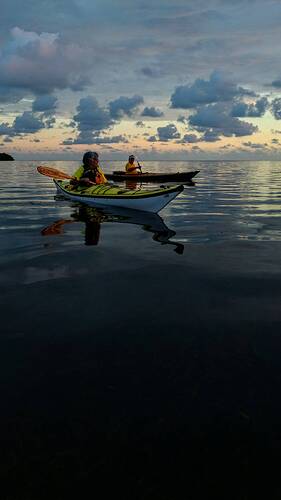 Sally & Greyhawk just beyond The Gardens, south of Pennekamp, Key Largo. You paddled there, String! 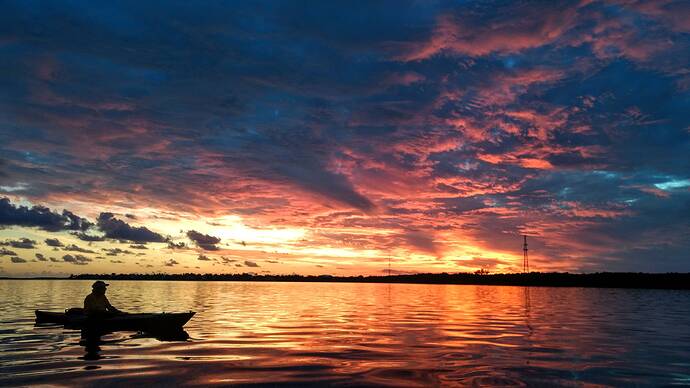 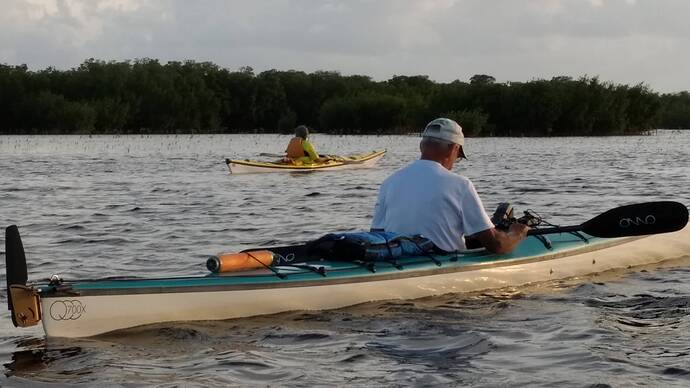 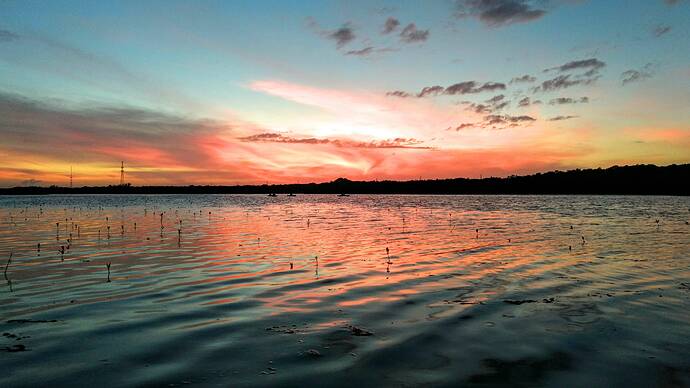 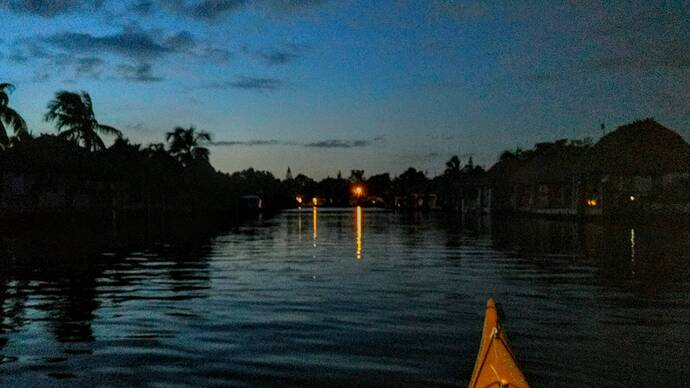 JackL and Sally on the way to the Gardens for a traditional Sunset Margarita Paddle.

Sunset at the Gardens. You can barely see our group in the distance on the horizon

Coming back after sunset.

Some great photos Frank, Thanks!
Photo on…err…Paddle on

A few sunsets while paddling. 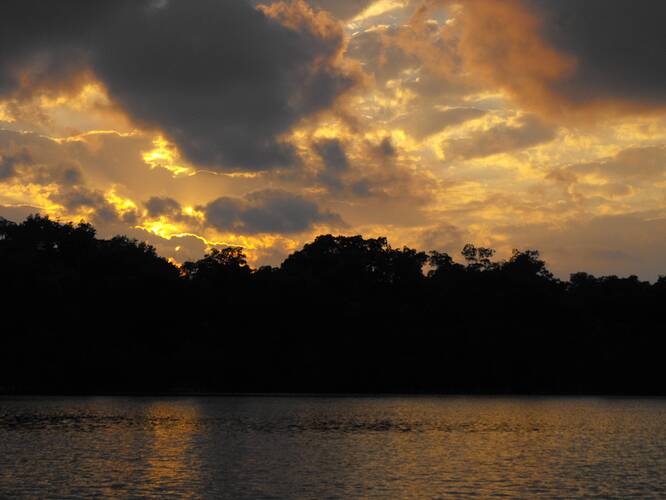 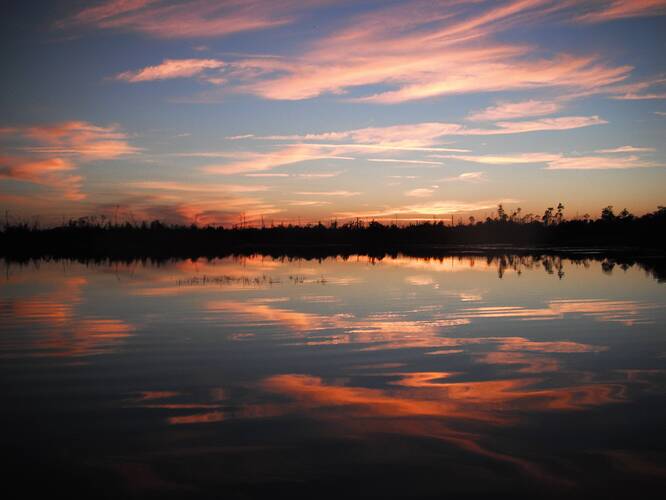 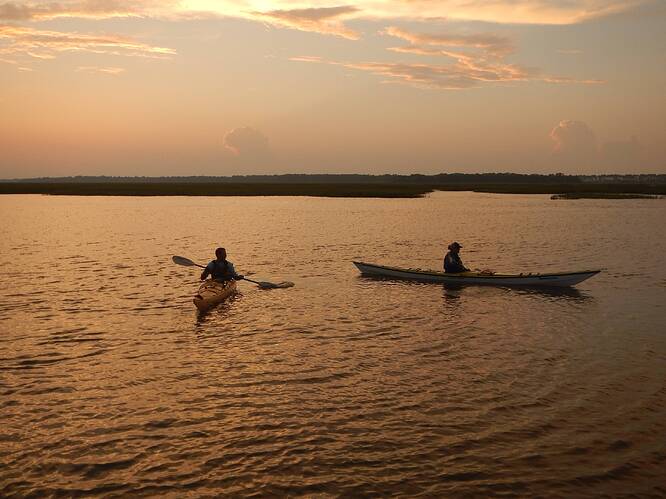 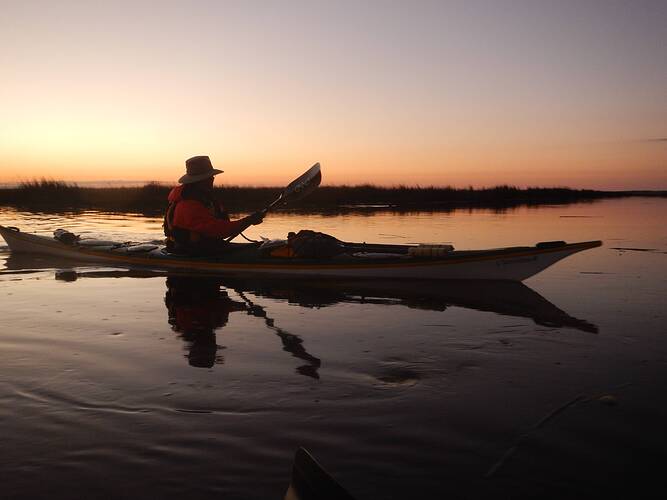 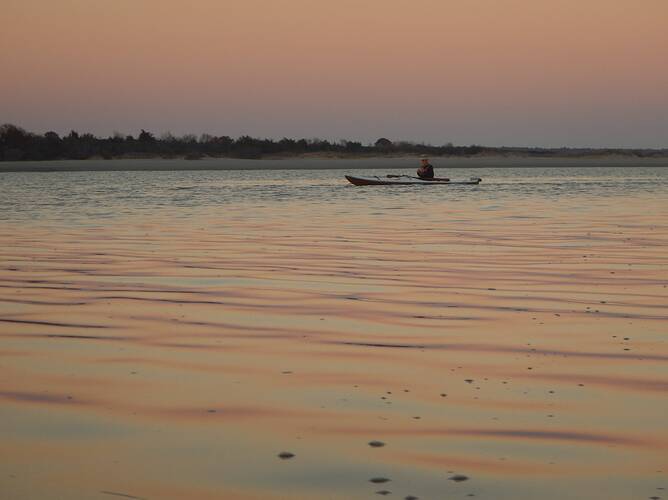 Me at same inlet at the cape. 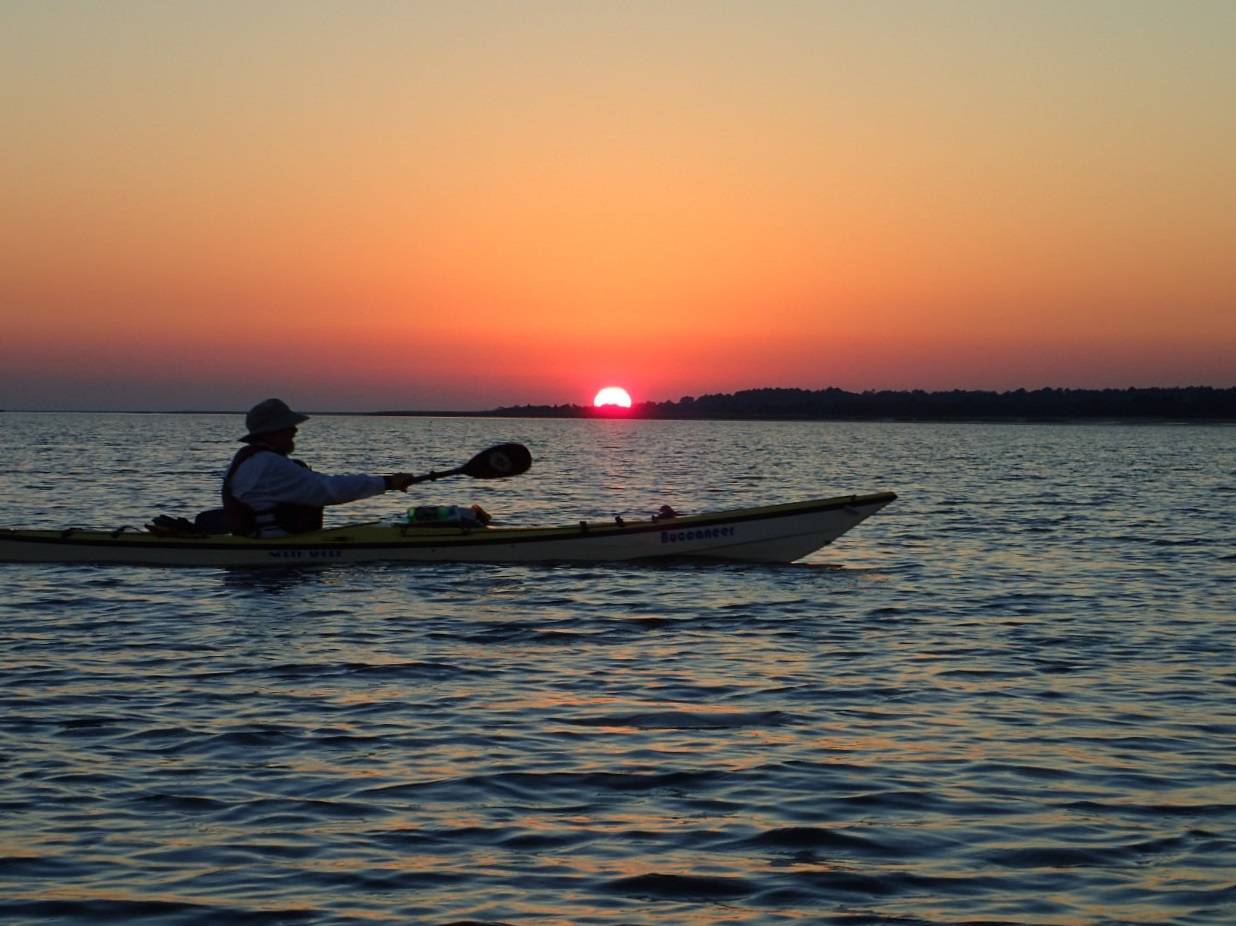 Beautiful. I should paddle more and bike a little less.

Beautiful shots! Here’s a couple more, Tennessee River and West Pike up in the BWCAW of MN: 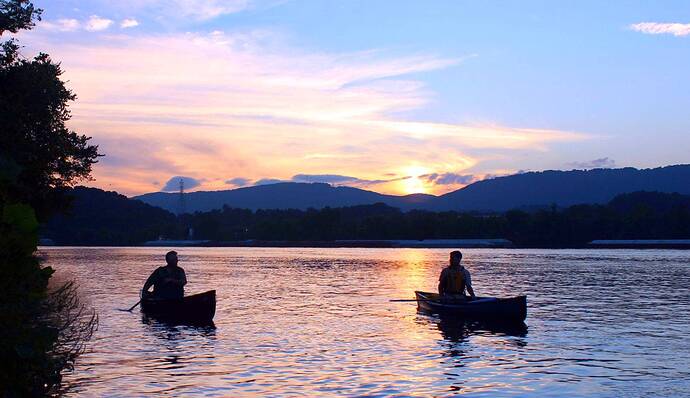 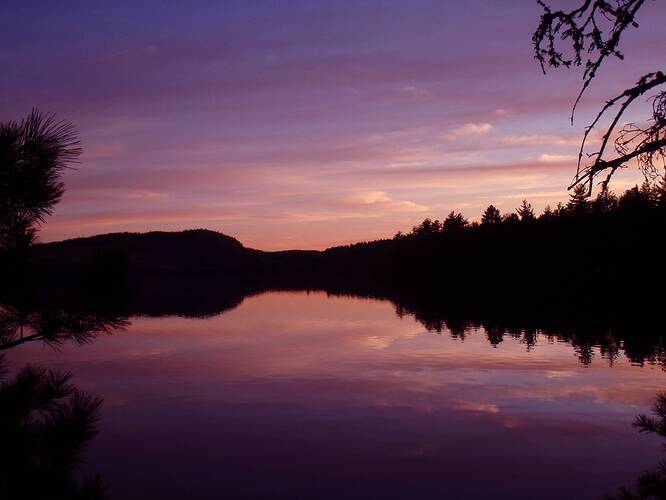 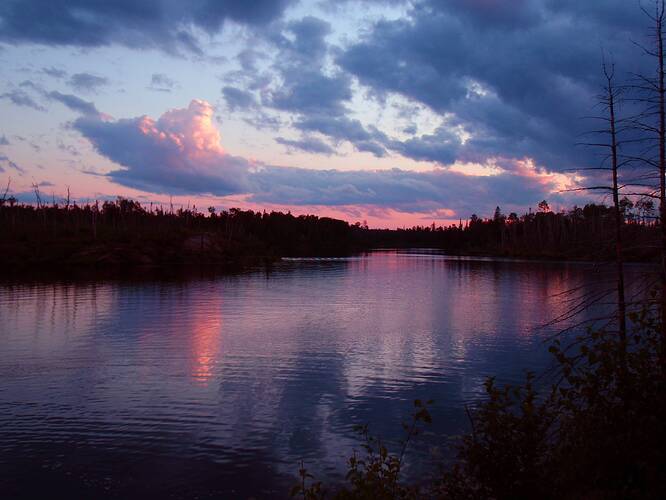 Pond Island sunset on the Maine Island Trail 2016. Doesn’t get any better than that. 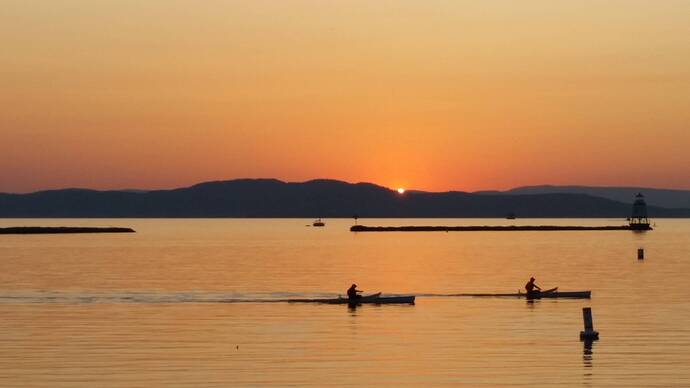 Our hobby allows us to appreciate things I’ll bet most never notice.

Sunsets can be striking on urban rivers, too – paddling down to watch the barge-launched fireworks on the 4th of July where the 3 big rivers meet at downtown Pittsburgh. Paddling back upstream after the show is over, the river turns from liquid gold to silver, sparkling with the reflected lights from the many bridges. 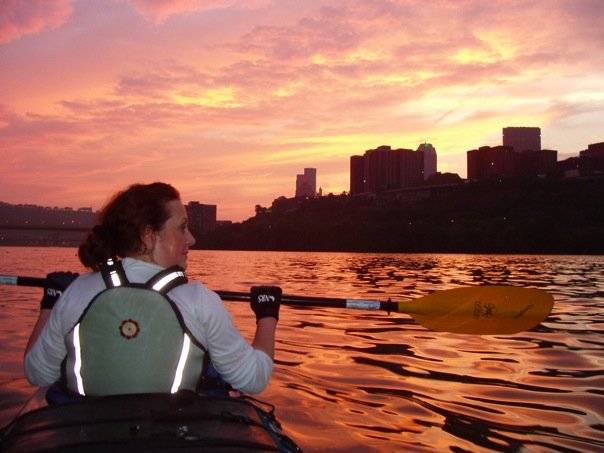 Natures water colors! I never tire of sunsets and sunrises. Mother Nature’s brilliant and subtle palette of color. Painting the clouds with the rays of our sun as her brush strokes. A dynamic and ethereal creation of the grandest scale bracketing the mystery of night, and the clarity of day. 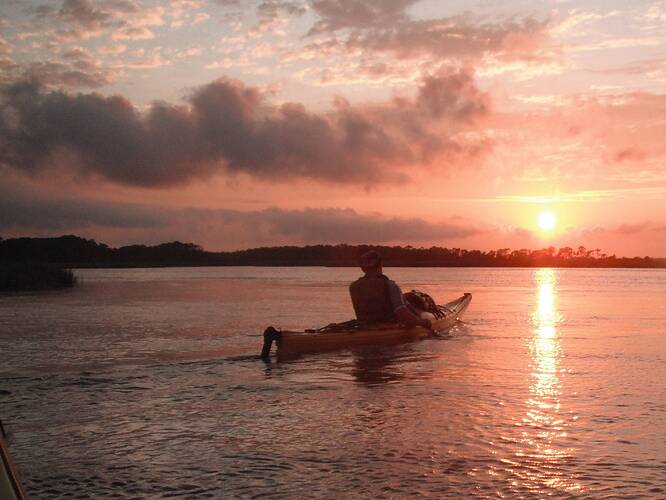 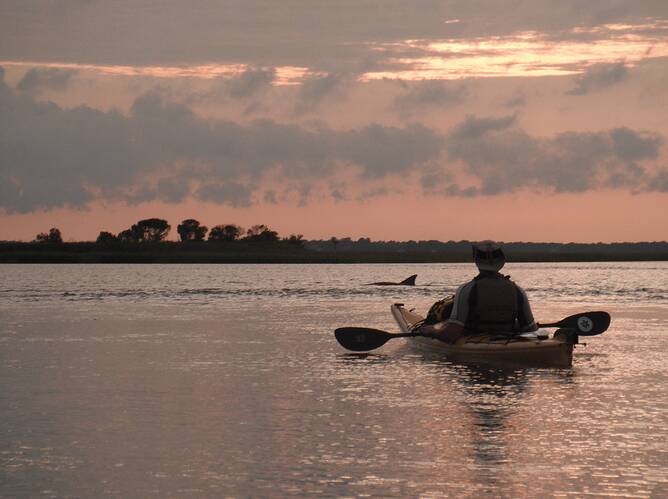 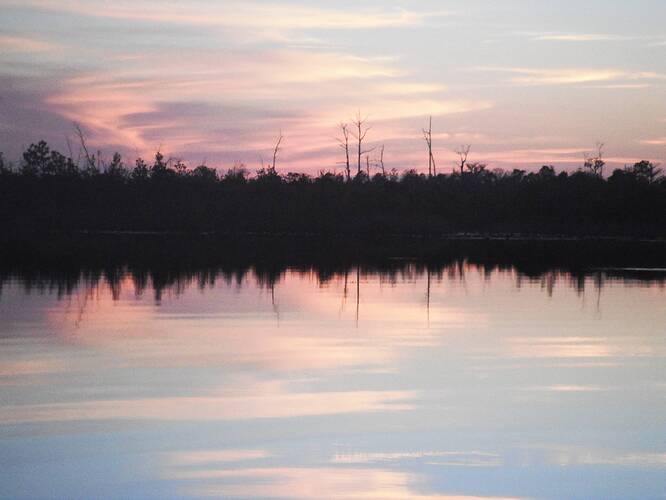 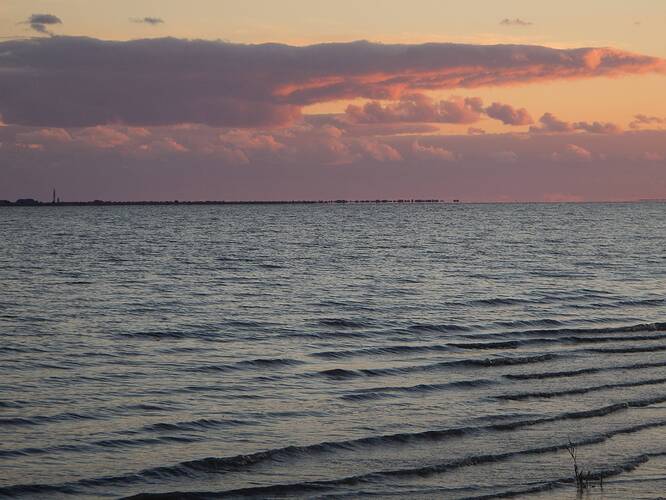 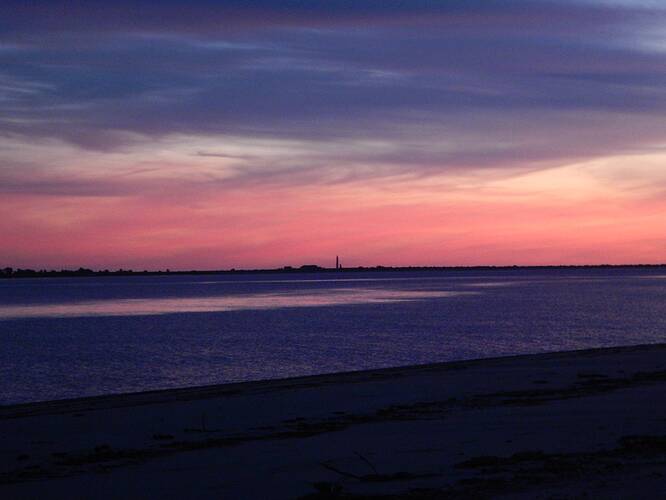 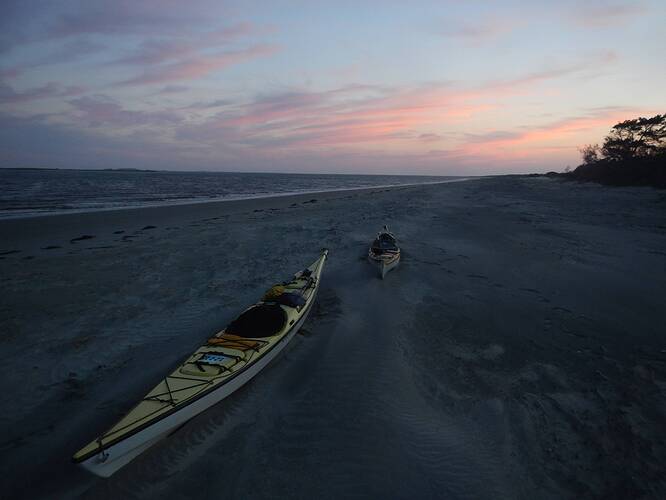 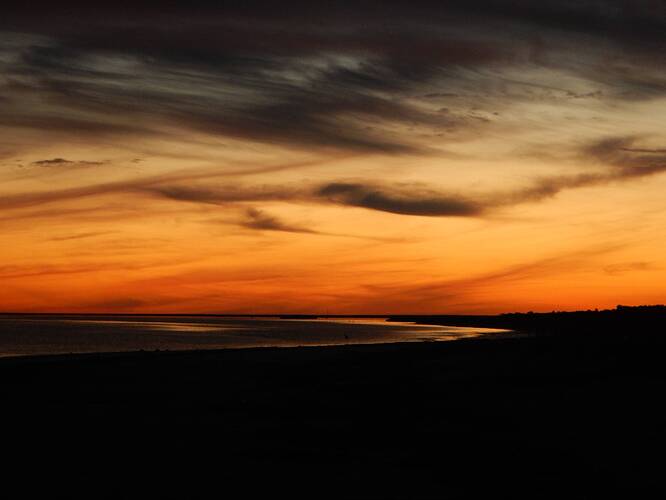 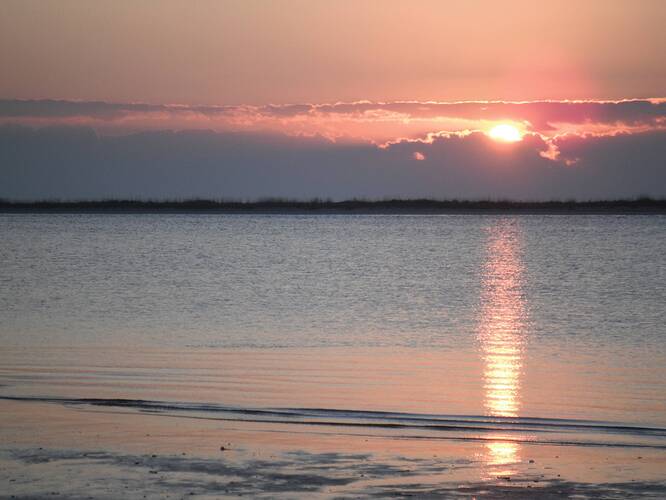 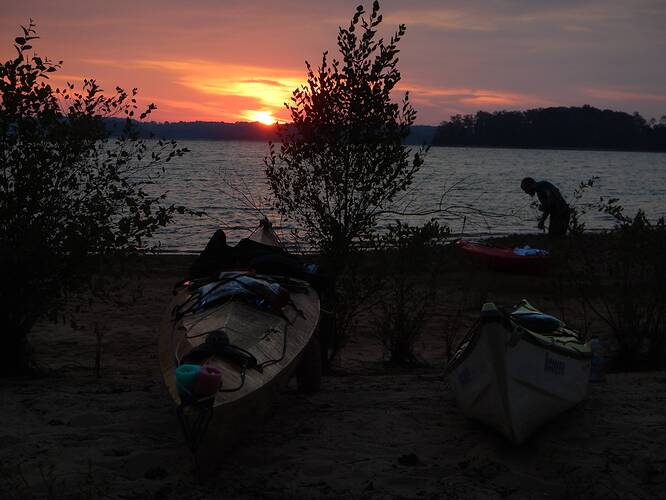 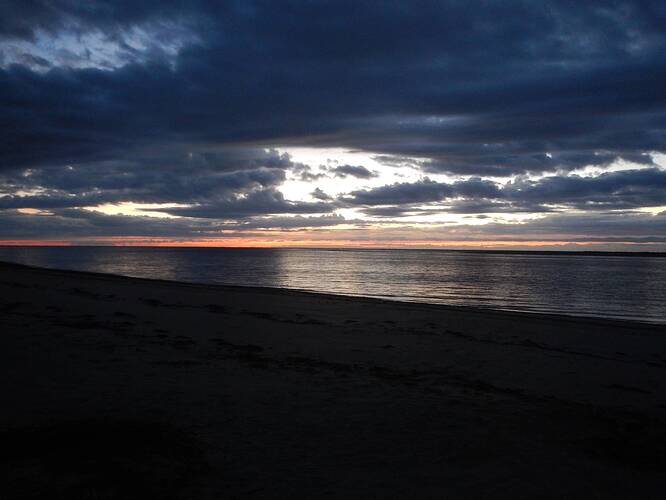 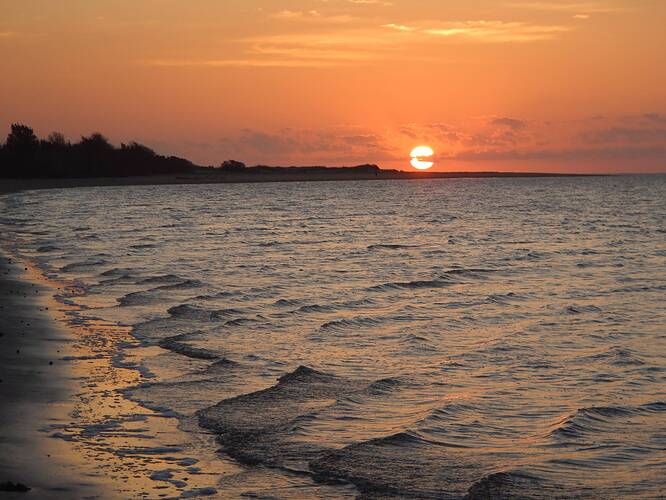 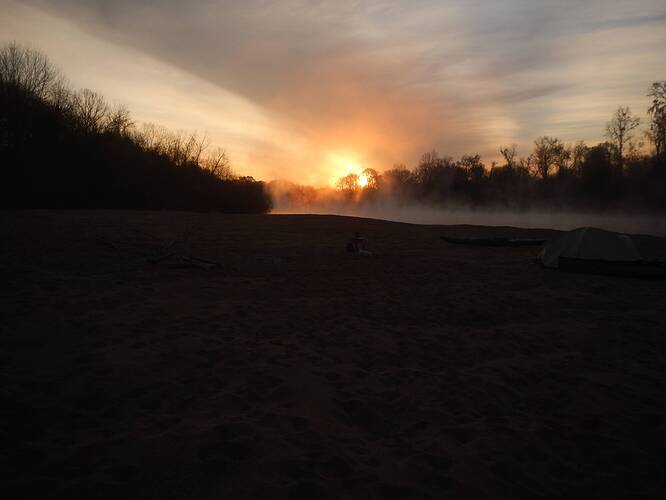