I tried searching and could not find the answers I was looking for. I picked up an old sawyer canoe today on Craigslist for free and would like to know more about it. It is in some need of work but it is in one piece currently, It is 18.5’ long, 30" wide, 14" tall at the ends and 12" in the center. What I found most interesting was a label inside that stated “This is a special lightweight competition canoe and is not covered by the Sawyer Canoe Guarantee” Followed by a “team” that is blank.

It is not exactly the canoe I had in mind when I picked it up but figured why not. I would like to know more about this and also its value if any. 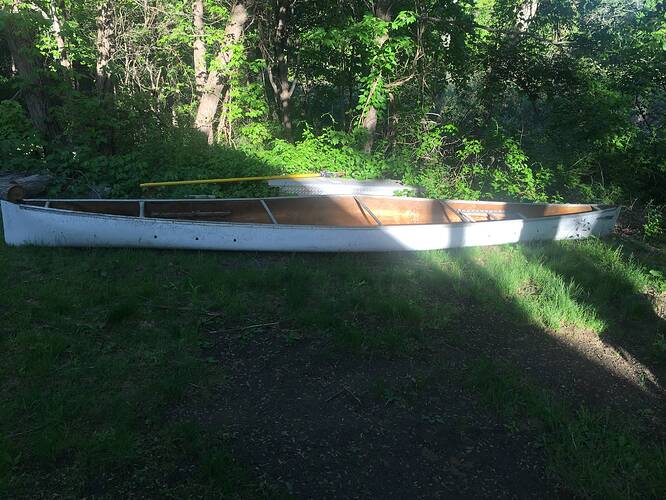 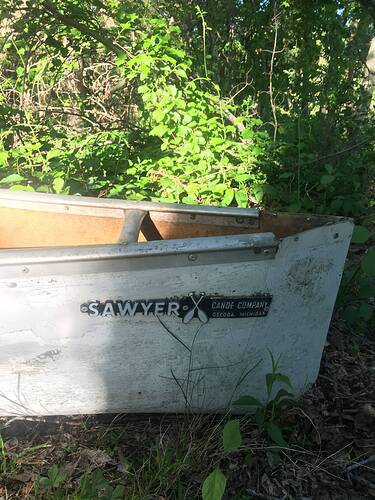 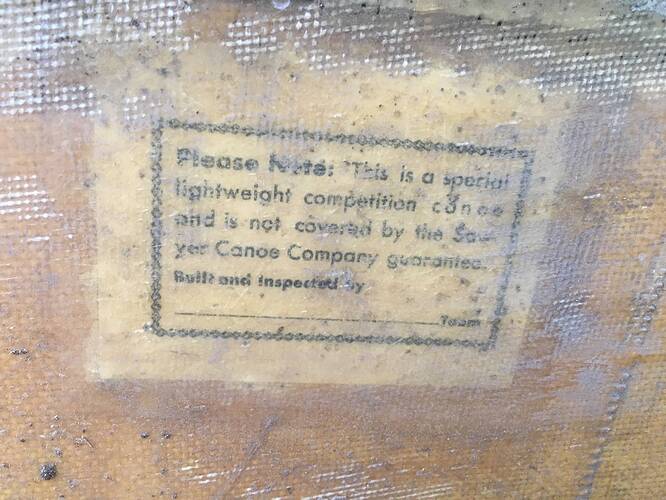 Andrew what you have here is most likely a 1970’s vintage USCA cruiser. When factories such as Sawyer, Mad River, and Wenonah were actively supporting Marathon Canoe Racing on a national level, they would supply the fastest teams with handbuilt canoes that met the specifications for the various marathon classes. These canoes were built light, and only expected to last one season. The next season that same team would get a newer designed canoe that was faster. The year old canoe was now obsolete. Most fell into the hands of lesser paddlers who did not get the factory support of the winning teams. They were used in local area races and served as training canoes for paddlers on their way up the ranks. The space for team name indicated who the factory built that hull for. And the warranty disclaimer kept a subsequent owner from expecting the factory to fix it when it came apart under heavy usage or just age. Yours is missing the fiberglass bucket seats and the fiberglass end caps. Both could be replaced by stock Wenonah seats and caps with some work. With luck Sawyer George will chime in with details about this hull.
Bill