May I ask persons who have experience with inflatable kayaks, if they have recommendations about the interior inflatable kayak width…of 18 inches versus 15 inches? I have put on weight, so do I need the additional three inches, or will a sturdy 15 inch inflatable flex a bit? (I previously owned a 14-foot Perception touring kayak.)

I found a 2015 question on this same topic, but most responses were people griping at the OP for even considering an inflatable.

Easiest way to figure out how much space you need is to sit in a hard chair or on the stairs and measure the side to side width of your resting butt. Though of course, human bodies, even plumper ones, are not generally perfectly round, multiplying the widths of 15" and 18" by Pi to determine circumference of a round object of those diameters yields 47" and 56 1/2" respectively.

Yes, the inflatable sponsons will give if you are wedged in, by the way. But if they are too snug you might experience chafing.

Have you considered the Sea Eagle tandem Razorlite 473rl as an option? That ticks all your boxes and has around 19" to 20" of interior space between the slim dropstitch upright walls at the seating positions. The Razorlites have been very highly-rated for performance.

Thank you very much for your reply, Willowleaf!

I had not considered the Razorlite…so i should definitely research that option, as well. I also had not thought of the chafing challenge. Very good point.

I though the Razorlite might have the reduced stabiilty of a touring kayak design, which is why i was most interested in the Explorer. I’m hoping to avoid tipping…in occasional waves or surges…such as when a large boat may happen by, for example.

I must do more research!

A touring style kayak will actually be more stable in waves and large boat wakes than a wider raft-like one. It will cut through waves instead of being lifted and tossed by them. Also would be less prone to being blown around by the wind than fat tube inflatables and would require less effort to propel in rough or windy conditions.

This guy has owned a LOT of inflatables and his video is a good intro to the types and aspects of each. Might give you some helpful tips. Just skip the inevitable ads. That’s the Sea Eagle Razorlite 393 (the solo version) on the far right and he discusses it around the 15:00 minute mark. There are some shots of people using the tandem 473rl in a video if you want to get a sense of how it paddles. 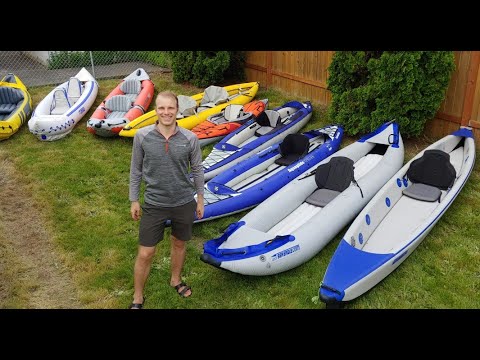 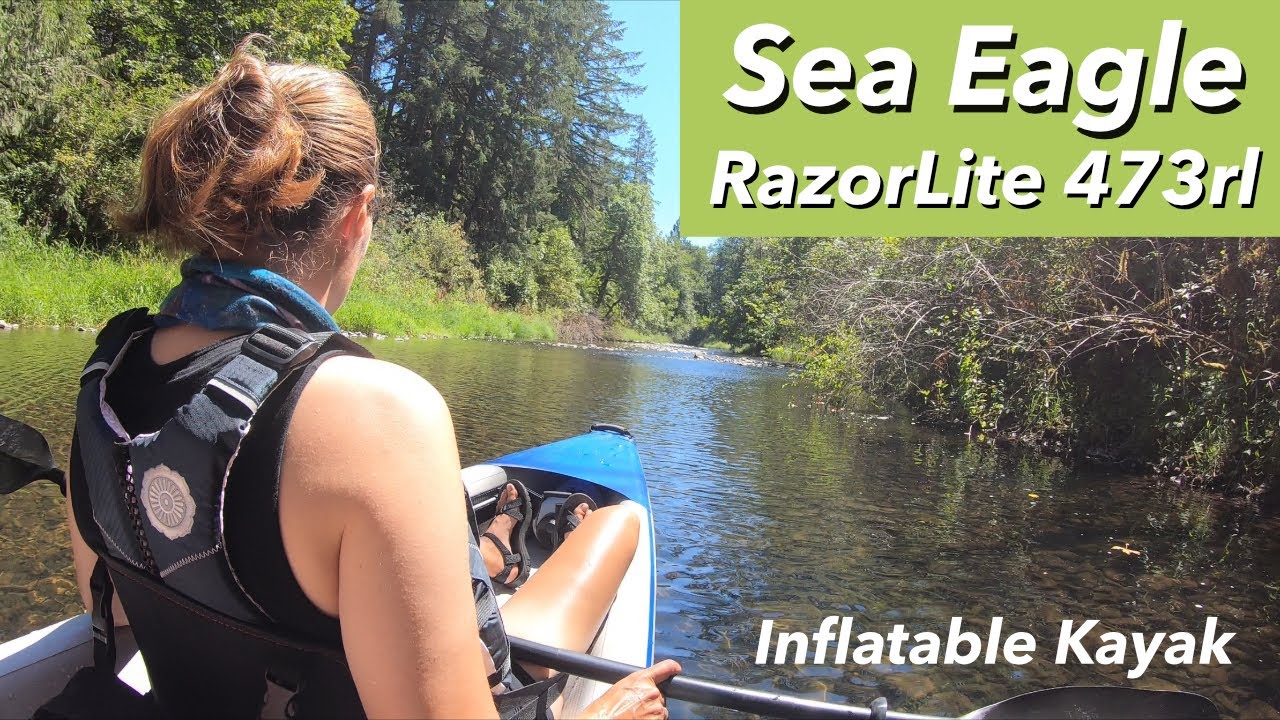 Thank you, again! Yes, I have watched the “Choosing an inflatable kayak” video, and read his accompanying article on Paddling.Com…and have been watching all sorts of videos on YouTube.

I 100% agree that a more sleek kayak will cut through waves better than a fat tube kayak (raft?). What I’m thinking is that surges that arrive on the side of the kayak might be more of a challenge in a narrower craft. While I have experience with the Perception 14 touring kayak, I don’t have experience with these three feet wide inflatables.

Thank you again for your detailed responses and help. I have a lot of research to do…and videos to watch.

Actually, it is waves that hit from broadside that are more likely to dump a wider flat or round- bottomed boat. This is one reason why sea kayaks are narrow with a vee profile. While their primary stability may feel “twitchy” they have higher secondary stability in rough water. They will tend to ride up over waves that hit from the side rather than pitching over at a steep angle and throwing the paddler off balance causing capsize.