Hi! Bought myself a 2 seater inflatable Aquaglide Yakima. Took it out on the lake a few nights ago and it was really tough to steer. Had to paddle on one side far more than the other, and whenever I slowed down, it spun like a top. I’m not sure what I’m doing wrong, or if that’s just how these kayaks are. Did I underinflate it or something? Please help! WIsh I could have a hard kayak but no place to store it and I need a tandem and they are $$$!

I’m sorry but that is a pool toy that will never go anywhere gracefully. I don’t think it’s you.
I may be wrong. Let’s see be what others say.

As string said, it’s not you.

Was there any wind? Inflatables can be difficult to start with and any wind will increase the issue. More so if it was just you in a tandem.

Difficult to answer this. Perhaps you could look towards a folding kayak for next season. Still limited but probably tracks better.

’m sorry but that is a pool toy

Actually, when I googled the product name, the very first hit was about some very adult toys.

To the OP:
If the kayak always turns either up against the wind or down with the wind, no matter if the wind is coming from the right or left, this could be a matter of weight distribution.

Between these two extremes, you can find a point where it behaves neutral to the wind. Sort of. Until something changes, for example your boat speed, and then you will have to find a new neutral point.

Short, wide, no skeg, tandem…turns will be easy …straight no so much.

When I tried out a similar inflatable (with skeg though) it worked better with two people than solo. Solo it got too much rocker , from weight distribution. Which increased turning …play.

Does it have and Did you install the fin/skeg?

Agree w Allan, pool toys rarely go for $900. Later add, am having some difficulty sorting out what to look at.

That said, inflatables especially a tandem with only one person in it are difficult in wind. Skeg might help a lot.

Thanks for the replies. It did not come with a fin or a skeg, and it was 2 of us in the kayak (my 10 year old and myself).There was a little wind, but nothing that would cause too much trouble. Is there a skeg you all recommend that I could attach to an inflatable? This was the only kayak I could find online…everything has been sold out for months.

Is this the kayak? https://www.ganderoutdoors.com/aquaglide-yakima-inflatable-kayak-670842.html

I checked the Aquaglide site and unfortunately didn’t see an skeg listed.

It is not my intention to be unkind, or come off like an elitist. Purely opinion, and basic truths here…

Bottom line: Basically, you got what you paid for; a big, thick, cheap, air mattress with pointy ends; that typically gets discarded at the end of Summer, if it hasn’t already self destructed by then. Typically purchased by someone who want to get out on the water as cheaply as possible, as quickly as possible,and does not want to take lessons to improve paddling skills.
I will venture a guess that you have little to no paddling skills. If you follow the suggestions given; you may gain a little more control over your , for lack of a better term, “water craft”.

Enjoy it for what it is; an oversized pool toy. Take it to a protected lake cove, wallow around in it, get wet, and have as much fun as you can. Don’t waste anymore money on it would be my advice.

Thanks for your honesty bob? Actually I do have paddling experience, I’ve been kayaking for quite a while now, but due to a lack of storage I have always had to rent at a lake near me or use ones my family has. I bought what I could find and what I could afford. Not all of us have $800 to drop on a hobby we enjoy. I’m hoping for honest advice to make what I have workable, I don’t expect it to be perfect but hopefully I can improve it a bit.

You have already received some suggestions that may be applicable.

If I were you, in the same situation; I’d start saving my money “right now”.
I’d endeavor to enjoy what I had availablem as much as I possibly could this year. Next Spring I’d be on the lookout for a “used” model of some type of boat that is more suitable for your interests/needs.
I’m pretty sure you can find something suitable, a whole lot cheaper that the $800.00 you mention.
Have any relatives with space available for boat storage?
That might resolve storage issue for a kayak? 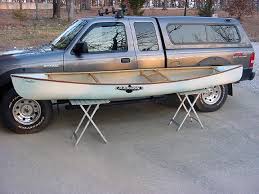 Used boat pictured was purchased for $200.00, in almost pristine condition.
You obviously don’t want a canoe, but the canoe shown might give you an example of some used boats (including kayaks) that are available at “well below” their original price. Especially those that have outlived their usefulness to the prospective seller.

Keeping your paddle stroke close to the side of the boat might help.

I read that, whatever it is you have, any solid boat is a storage problem for you. Yes?

Overall yeah, try to put aside money now for a better used choice down the road. One option might be a folding kayak. Or two… If your son is 10 yrs old now he is close to being in his own boat by next season.

Another option might be to look around for a marina or Association where you could get space on a rack for a cheap price. Lock the boat and take away the paddles and pfds when you leave.

Unfortunately, what you have is more of a raft than a kayak. The model closest is now called the Chinook and goes for $450 new so the performance is about what anyone could expect and no changes in technique are likely to change that.

Are you a kind of handy person? It is possible to make your own inflatable or folding kayak and many people have done so for very little cost (though even if you are handy, being a mom you may not have time for this, but I figured it would not hurt to mention it.) Yostwerks has free instructions and patterns for all sizes and many models of collapsible kayaks. You might consider starting with one of the child sized models to get the hang of it, something you and your son could work on together, and then make one for yourself. The “galleries” on the site show the range of boats that various people have built from common materials. One nurse built one using discarded aluminum crutches for the frame!

Some folding kayaks can perform just as well as a hardshell (I have been using folding kayaks for 18 years). I was able to buy most of mine used for less than half their new value but that requires knowing what to look for and where.

There are also better inflatables, such as the Sea Eagle Razorlite, which have a high pressure rigid hull. Those and others like them cost over $1000 new.

One thing you could try to improve tracking is to balance the weight distribution better. Grab some empty gallon water jugs and fill them at the launch site. If you are in the stern (rear) seat and he’s in front, add 3 or 4 full jugs to the bow (front) of the boat. If the bow is too light the weight of the paddler in the stern will mean the bow is not sunk deep enough in the water and will tend to want to float left and right with every paddle stroke.

If you are alone in the stern of the boat you may need to add even more weight to the bow (you can also get big collapsible 5 gallon water jugs at some camping goods stores, but gallon jugs are easier to fill and to stash in the boat.

An inflatable with a skeg (a fin under the keel) would track better and more expensive boats usually come with that option.