Is it time for a new map case

Cleaning out a box of outdoor gear I came across this Seal Line map pocket. It’s been stored flat in a Tupperware bin and has these blisters/creases. It’s easily 16 years old.

Has anyone seen this behavior? Would you trust it, or is it time for a new one? 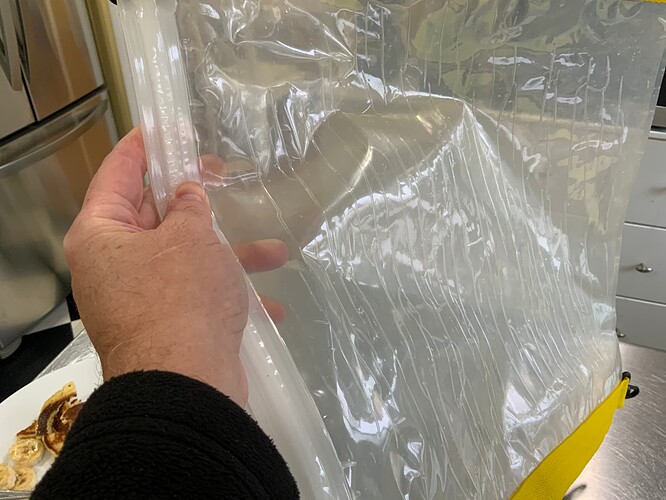 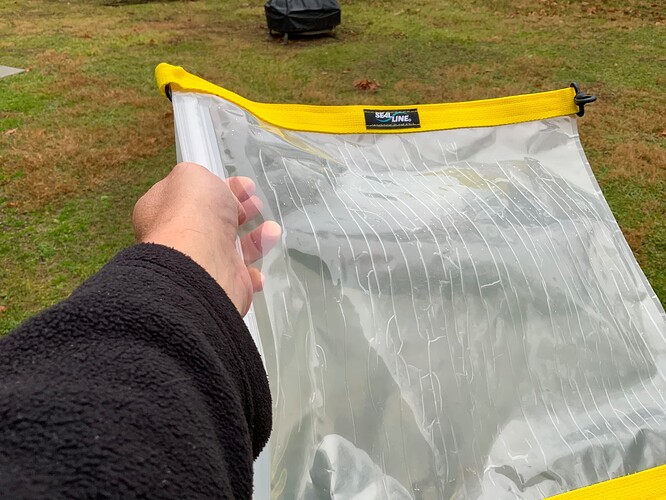 My suggestion: relegate that one to low priority tasks/protection and spring for a new map holder. Depending on your area, a map might be too critical to roll the dice.

On mine the two sides were fused together. Must have been hot in there. Replace…

If it’s the one with a Velcro flap that you roll and seal, it’s probably still good if the condition doesn’t make it hard to see through and the plastic has not become brittle. I use mine to hold a chart and GPS. Unless you capsize the case is really only affected by rain and waves splashing it. It’s not like it’s going to be submerged or sitting in water for a long period of time.

To test it, put something unimportant in it and submerge it in water for a short time and look for leakage. The most common points of failure are the side seams on either side of the open end.

The reason that I usually replace mine is that UV and use leaves the plastic fogged after a while.

I don’t trust the map cases that seal with just a plastic closure like a sandwich bag. These closures often don’t seal well at the corners and will wear and come open when they shouldn’t.

Its the older type with side seal a la sandwich bag. Ok time to go shopping.

Any recommendations or is Seal Line the main player in this market?

Seal Line and Sea to Summit both have rolltop and Velcro seals. Seal Line HP map cases come in three sizes, but are out of stock in many places. Sea to Summit cases come in two sizes. NRS now offers a single size map case with a waterproof zipper closure. I’m not familiar with this one, but NRS generally has solid products with an excellent return policy.

With the Velcro closures be sure to support both sides of the Velcro when opening it. to prevent the Velcro strip from separating from the vinyl after a lot of use.

Has anyone seen this behavior?

I have not.
How about you just test it out? Put something in there, and jump in the shower with it?

The NRS case looks like it too has a ziplock type closure. 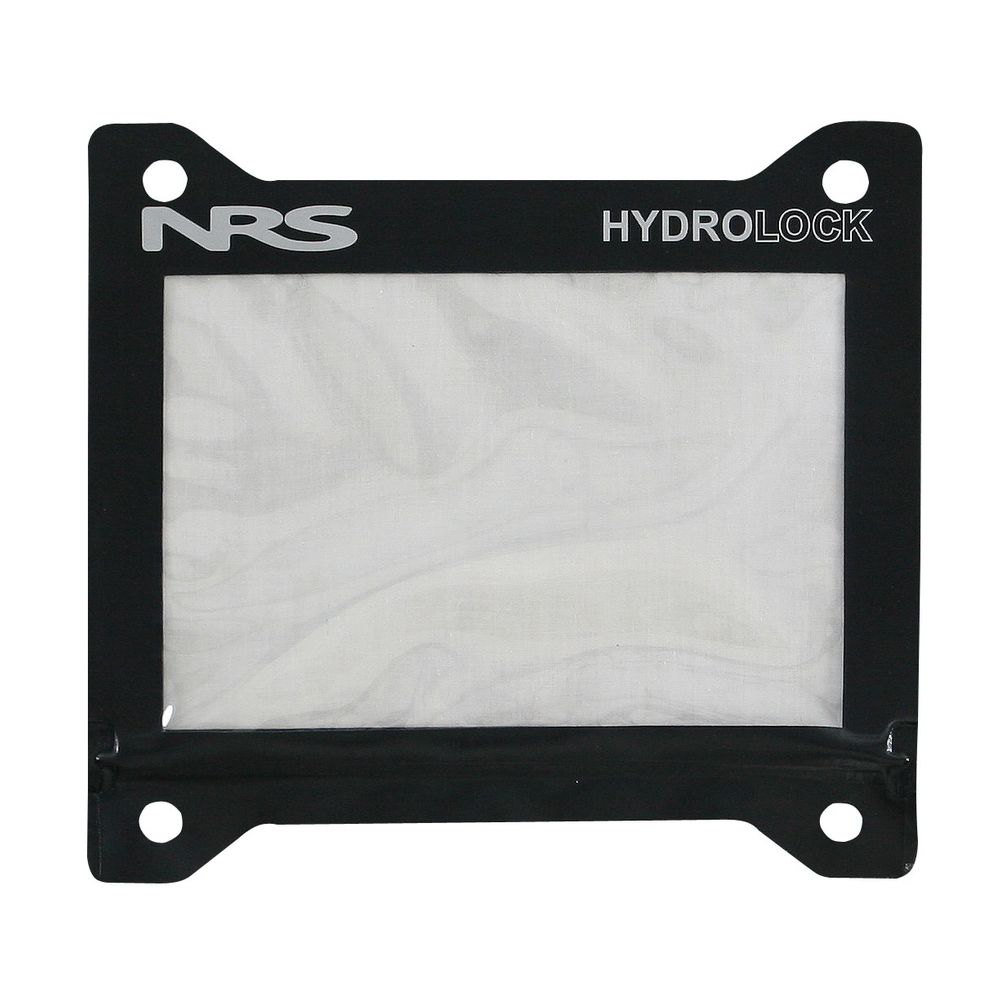 No more soggy charts. No more maps flapping in the wind. The NRS HydroLock Map Case helps you navigate with ease. Just fold your map to the right section, seal it inside, secure it to your boat, and go!

Ortlieb in the PNW also makes waterproof map cases. They first became known for waterproof cycling panniers, which I frequently saw used when we lived up there.

I bought their map case, which has a Velcro-and-fold-over top opening, plus lots of attachment points on both sides. It is designed with bike handlebars or hbar bags in mind, but I like multiple attachment points. I got it after we moved away from where a paddling map or chart is necessary. It will still be useful for hiking.

Ha, looks new compared to mine.

Bob is correct. The Hydrolock is a ziplock style seal. Heavy duty edging. Small and Medium are useful sizes for sea kayak decks. Large can be a splash deck on a canoe = ginormous! 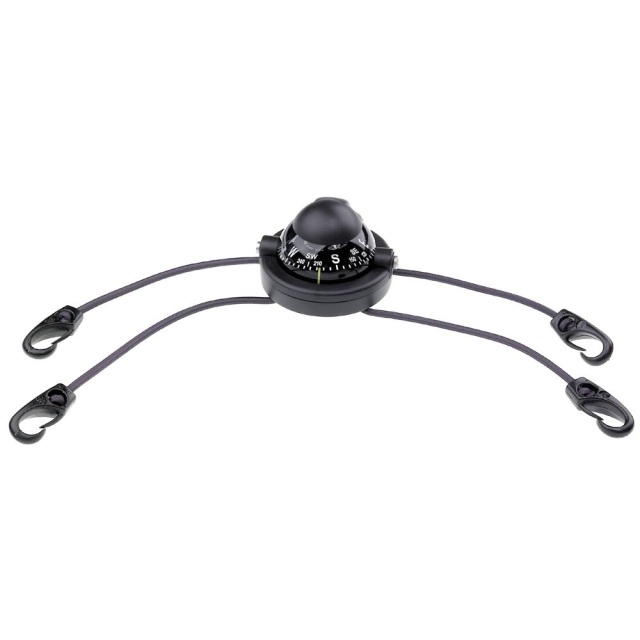 The NRS zip lock seal looks like it might work well. The ones I don’t like are the press to seal where you run your finger across the opening to seal it. The ends frequently fail to seal well and it’s easy to miss a spot in the middle.

For a day trip I frequently use just a zip lock freezer bag and a chart printed out from my mapping software. Works pretty well, compact, can be folded or rolled up, inexpensive, and it doesn’t contain anything that would be a great loss if it got wet. Can just tuck it under a bungee or stick it in a PFD. Corresponds exactly to my GPS.

For more serious trips I use a Seal Line HP map case and a real chart or chartbook. I’ll also use it to hold a spare GPS and my wallet. Never had one leak and only replaced ones when they got too beat up to see through well. I had one where the Velcro started to separate from the vinyl after a few years and Seal Line replaced it under lifetime warranty. Probably could have been avoided if I opened it more carefully.