I just purchased a 79 model Wenonah Jenson WW1 16’ with the center rib in pretty good shape for $200. The support for the seat is just 3/4" wide boards attached to the bottom with what appears to be fiberglass, foot brace is the same way, this needs to be replaced as it is coming loose, is this the way it was made and what are my options for installing a better seat, preferably a sliding one, without breaking the bank, also this is my first solo, and for those who have owned one I was curious as to how it handles compared to the newer Wenonah solo’s, prism, encounter, wilderness, I’m planning on running the Cumberland river next fall, possibly starting from the Big South Fork which I have ran twice in my Wenonah Spirit II, the trip will be about 700 miles, will resupply along the way and I pack light, and I’m just 5’11" 160# I was looking for one of the newer canoes but found this one at to good a price and read some great reviews on it, thanks in advance for the help.

I had a similar canoe, the 1979 16’ stock class races. It is a very similar hull but had a very low gunwale for racing (like a 15" bow and 10" stern, similar to current pro class racing canoes)

The easiest way to replace your janky seat is to but a new aluminum framed sliding rig from wenonah. Probably not the cheapest option, but definitely the easiest. Otherwise you’ll have to improvise something.

At the bottom of this thread, there is some good discussion about your boat, or at lease ones that are very similar hull wise. Sounds like you got a good boat at a good price! Enjoy

I have an old WWC1 in center rib construction that I acquired for the princely sum of $75. The seat and footbrace were long gone but a wood frame seat had been suspended with aluminum hangers like these:

The top of the long end of these hangers slides up between the skirt of the aluminum inwale and the hull. To mount them you will need to drill out a few pop rivets, then replace them and secure the top end of each bracket with a couple more pop rivets.

You can also get a one-piece type of hanger which is a bit less wobbly that works the same way, but you will need to drill out and replace a bunch more pop rivets to mount them:

The top ends of these brackets can be cut with a hacksaw to shorten them to suspend the seat higher, or cut at an angle to cant the seat.

The split aluminum hangers could be used to suspend a sliding seat kit but if you really want a slider and don’t mind the Wenonah tractor seat, that might be the best option. The Wenonah tractor seat is usually not too well adapted to kneeling, however, at least not for any length of time. For your use I would probably just suspend a fixed seat and trim the boat by adjusting your load, which should not be too difficult.

The WWC1 was designed for downriver racing by Gene Jensen. It is a reasonably efficient, hard tracking, and deep canoe. It can be turned more easily with a moderate heel. It will accommodate quite a substantial load and still remain seaworthy.

Here are a couple of photos of my old tub. Dogs were extra: 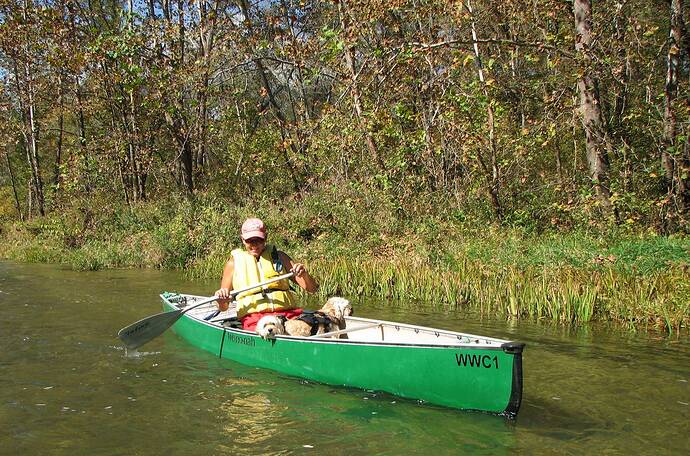 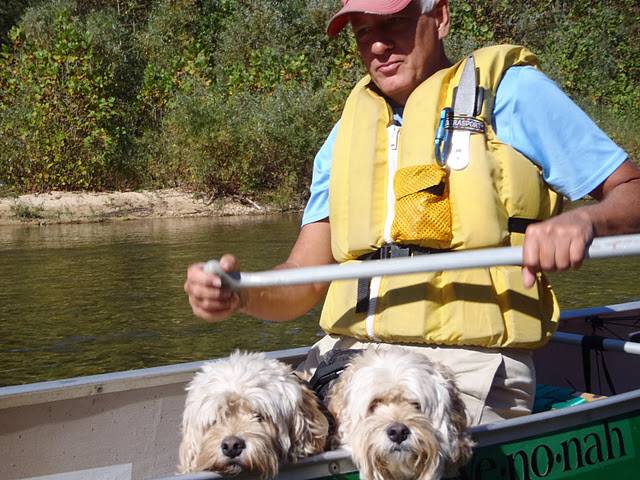 Thanks for the info, I was wondering if the sides were strong enough to support a seat hanging from the gunnels, the sides on mine are nowhere near as solid as on my Spirit II, I figured the Wenonah sliding seat might be my best option if I go that route, for the foot brace could I get the new style and rivet it to the sides or better to glass something in the floor