Really nice drone video of the homebreak for most of the video and then of Good Harbor at the end. Kind of surprise that a drone got used as the homebreak is really close to some of the flight paths for Logan…

Looks cool, but you know it’s getting real hard for drone footage to hold my attention. I guess we have stimulation overload in the 21rst century. I need 15 ft pumping barrels to even bother. I just got back from a trip to Iceland and at many scenic spots, very large signs No Drones ! I think drone people have worn out their welcome quickly.

Looks great man! Nice looking break! Better than the beach break at Nantasket. Does it work for all tides? Nantasket got kind of beat up from last winter’s storms, and has a ton of cobble piled up against the seawall, giving it a high steep shelf that just dumps at high tide.
I’ve only been out in a kayak a half dozen times this year, hoping to amend that now my almost 5 year old son is back in preschool. Been trying to get the boy out hiking and backpacking, and get backpacking more often myself to loose some weight.
Looking forward to the fall paddling season, by far my favorite, with no crowds, more waves, and still warm but not sweltering temperatures.
Hope you get a good season in and get some sweet waves, and thanks again for sharing the video.

Is that Winthrop to be under the flight path? Must take some big swell to get in there?

It’s amazing what you can scout just using Google Satellite maps… There is enough detail to see bottom composition, reefs, points and best swell orientation. Heck, based on Google satellite map, I think the east side of Great Brewster has two point breaks and a reef break worth checking out on any NE-SE swell (if I get there without having to paddle my waveski the 5 plus miles out)!!!

What you don’t get from Google maps is the parking situation, and encountering, dealing and integrating with the local fauna…

The beauty of the homebreak is the cobble and boulder strewn bottom. Produces 3 fairly consistent peaks with peeling waves. There is also a reef break about a quarter mile out. That one you don’t want to eff up at on your own, especially in the winter. The homebreak works well up to about 2 hours before peak high. At that point, the smaller waves will dump right on the steep cobble stone shore (broke a couple fin boxes doing that…). On head to head plus, you can ride from farther out and get off the wave before the shore dump.

Let me know if you are interested in meeting up for a Fall/winter swell, when a good number of the fairer weather surfers peel off for other activities…

I’m afraid I’m a fair weather paddler myself nowadays. When I get my surf mojo back I’ll get in touch. Been busy keeping the little guy in the middle busy. I need to figure out a new fitness routine so I don’t end up wrecking myself when I do get out in the surf boat. 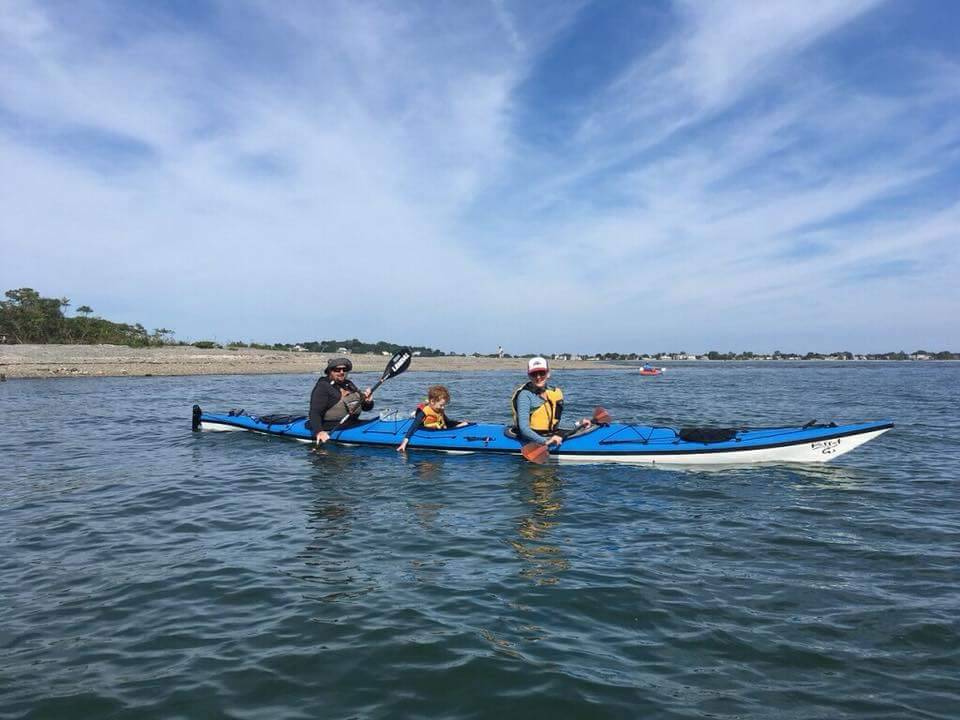