Just signed up on this forum!

I found this site and decided to create an account. As seen below in the photos, I am the new owner of a slightly used Cayman 124 SOT fishing kayak, from my brother-in-law. It used to be his (bought new, I believe, in 2015 from Dick’s Sportings Goods). 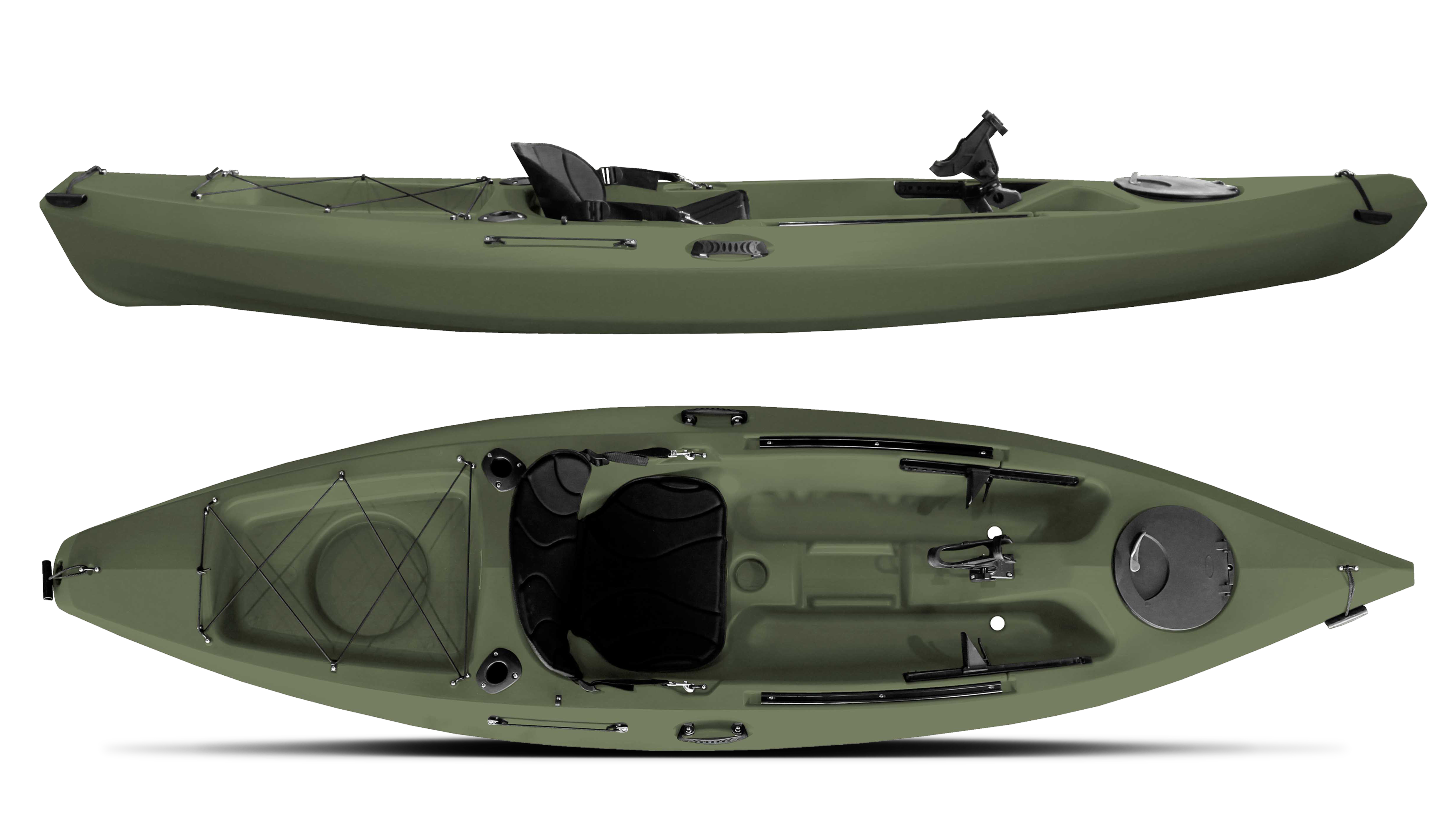 I have been out in it twice so far and absolutely love it! My first maiden voyage was last weekend, here in Richmond, Virginia going out on the James River west of the city. Yesterday, my sister and I went kayaking again on another (deeper) section of the James River, and this time after reading articles on the Cayman 124 and kayak fishing, I brought along my old Garcia fishing pole and a few bass fishing crankbaits. I quickly discovered that a smooth stroke of the kayak paddle, provides sufficient thrust to go “trolling” from a kayak! How cool! B)

I hope to learn a lot more on this forum and read lots of advice, suggestions, tips, from others. In the meantime, below are some complimentary photos…

From my very first maiden voyage in a kayak …ever… and I did fine! I quickly learned it is a very fast, very maneuverable, “small canoe with a double-bladed paddle”, and put that in my mind, and that’s all it took! Here, I padded over to a big sandbar on the James River in Richmond, underneath the Willey Bridge, and had lunch. 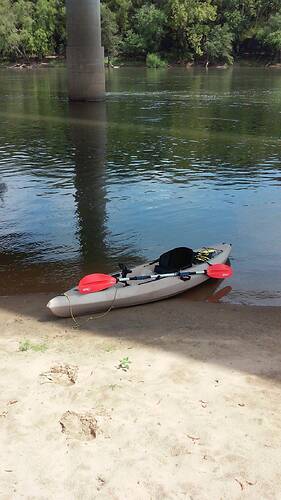 The next was from yesterday, when I brought along my fishing gear and used the front rod holder and paddled “trolled” for smallmouth bass. It was so much fun! 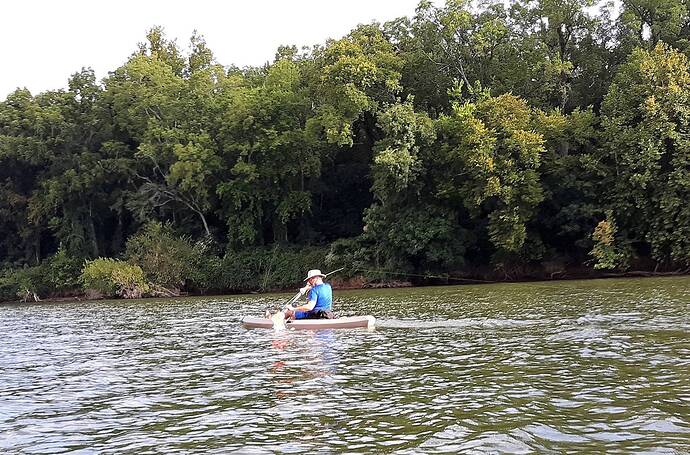 I am a new paddler and a newbie on this forum myself. I do sea kayaking in cold water mostly so I am taking it very slowly.

Looking at your second photo: I get the fun and new experience you must be having… But here comes the concern: that photo shows a real moving current, a wide span of water, a new paddler that is both navigating a kayak while managing fishing gear. A lot going on and you are not wearing a PFD (life jacket).

So, I would concentrate on your paddling skills and safety gear BEFORE adding fishing to the mix. The fundamental question is what happens when I fall out of my kayak? Are you ready?

Thanks, the PFD is behind me in the bungee cord. The James River here in Richmond, VA is really shallow is spots. I mean, 3’ or 5’ at max. Other sections (where I was fishing) was roughly 12’ in the middle. The current above Richmond is really mild and very slow moving. The photo just shows small waves from the wind and wakes from jet skiers. Downtown, the river has a section called “Hollywood Rapids” that is class III as the James River makes a nasty run down a fall line, and then into Shiplock Park by the locks, where it’s back smooth, but brackish and dredged out to 30’ for small cargo ships.