I recently bought a bright green sit-on kayak. I’ve taken it out to a small lake in our town and to a swamp/creek in the area. When paddling at the creek, I’ve had numerous yellow jackets come to my kayak and fly around it and sit on it. I’ve paddled at this creek twice now and both times I’ve kayaked here I’ve had yellow jackets come to my kayak (I had 3 jackets on it at one time twice now). My boyfriend has gone out at the same time with me in his kayak but his kayak is tan and brown and he hasn’t had any issues with them. From what I’ve read they seem to be attracted to bright colors.

I want to continue to be able to explore and kayak the creek but I would really like to find a way to keep the yellow jackets away. Has anyone else had issues with yellow jackets or wasps while kayaking? If so, what do you do to keep them away?

Are they present throughout your paddle or just in one spot? If the latter, there could be a nest nearby.

I have a red kayak and a yellow kayak and neither seems to attract stinging insects, although I’ve fished a couple of bees out of the water and set them on my boat to dry out.

First, good for you for calling them what they are, and not the generic (and wrong) “bees”. Anyway, I don’t think there’s much you can do about preventing them from checking out a color than makes them think of flowers or ripe fruit. When I visit construction sites and wear a bright-yellow vest, yellow jackets frequently come and hover around me for a bit, but will leave once they don’t get any olfactory cues to support their visual ones. I generally take a swing or two at them while they are in the process of figuring out “there’s nothing to eat here”, but on account of their erratic flight I usually miss. If I were you, I’d do the same. Don’t worry about “making them mad”, as that’s a myth. They don’t become aggressive when out prowling on their own, but only when they are “at home” and their nest is threatened, so in the situation you describe they can normally be convinced pretty easily to move along (though they will sting if you somehow come in contact with them when actually swatting them, but that’s a matter of self-defense (from their point of view), and not aggression).

I have been followed over the water, reason I changed from a yellow dry suit. Personally not my favorite thing. But they are going to like your boat. Get a hat and a shirt with repellent in them and it’ll keep them away from being an issue.

I’ve paddled yellow boats for years and never had a problem with the little beasts.

I tend to doubt that repellent would work. It works great on mosquitoes, but has zero effectiveness for black flies, deer flies or horse flies, among other things. And even if the stuff is amazingly effective on mosquitoes, it doesn’t stop them from buzzing around you, it only keeps them from landing on you (and they will land on any spot you missed). Yellow jackets rarely attempt to land on you in the first place. Left to their own devices, they’ll check out the attractive color only long enough to see that they’ve been fooled, then leave on their own (though new ones may arrive in the meantime). You can try repellent and report back, but now you know my expectation.

Sugar in any form will bring them in a hurry. They love sodas.

It could be worse!
Down in south Florida and the Keys if you paddle a gray kayak you need to be very careful around big male Manatees.

Could be perfume, or other scents that are attracting them and not your boat. They love fish, like tuna. They also love orange soda. Next time paddle after showering with no scented soaps and don’t use antiperspirants etc. If none of this works then maybe these little pests are trying to tell you to find a different boyfriend.

@JackL said:
It could be worse!
Down in south Florida and the Keys if you paddle a gray kayak you need to be very careful around big male Manatees. 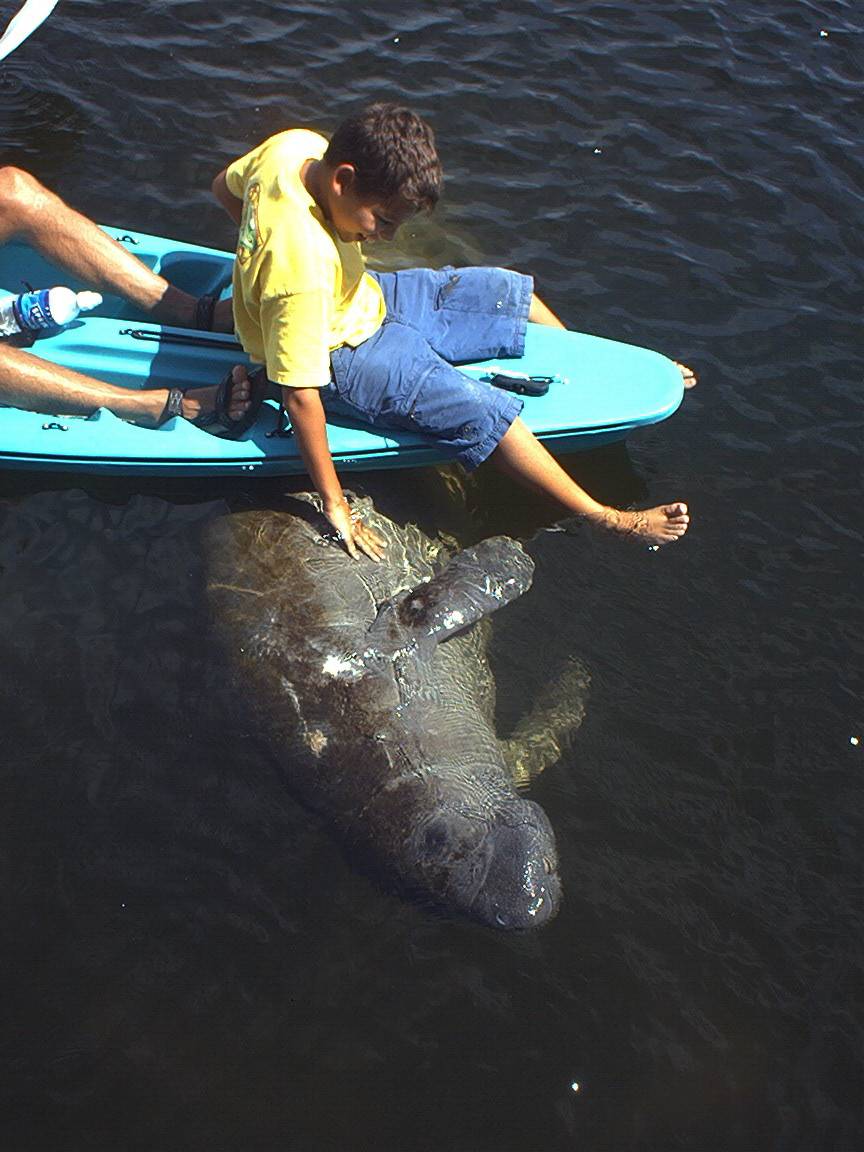 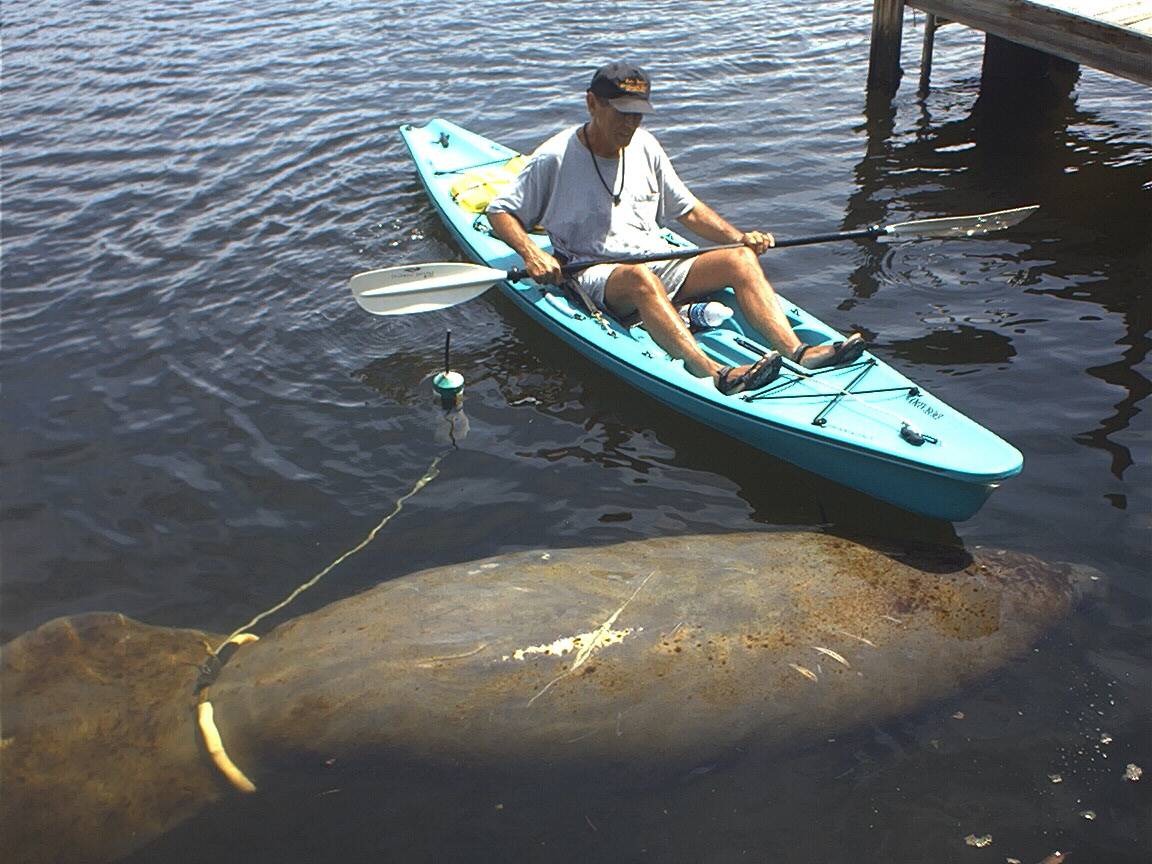 Is that a real mermaid? Awesome!

The funny part of the law is that the petting of a manatee (at the request of the manatee) can be considered harassment, but the strapping on of a researchers bouy transmitter is not harassment.

I’m guilty. We petted some juveniles in FLA.

That pic is a little over 20yo. I showed it to the law and they said it’s illegal but said the manatee didn’t look like it was complaining.
Mariah was released from rehab with the tracker and spent a couple days in my canal. I would stay 100ft away but every time she would search me out. We tracked her to Everglades City and then the tracker quit.