Has anyone had any experience with these: http://www.falconsails.com/ ?
I’m playing around with the idea of using one on an IK by attaching the sail hardware to a frame of 1" x 2"s. Maybe I should try it first on my iSUP and see how much side-slide happens (maybe need to glue an additional fin box near the bow?) Heh, I know that the combination of strong cross winds/waves will blow my iSUP over before I even try this, but it looks like fun regardless…

It’s lots of fun! The sail systems don’t care much what they attach to. I use a smaller SeaDog system which gives my sea kayak plenty of Go and isn’t as fatiguing on beam winds as a few larger sails I’ve used.

I realize that in some areas, quite a few paddlers play around with a sail, but I have to wonder, why not just get a sailboat? I’ve run across kayakers who had installed battery powered motors on their sea kayaks. Why? Maybe it’s just the mechanic in me wanting the right tool for the job.

I’d love to learn to kayak sail. But I’d like to try it first with rigging that didn’t require drilling holes in my boat (if there is such a thing).

I had a Butterfly sailboat. Sailboats don’t maneuver as easily as kayaks, nor do sailboats paddle well - unless you make mods as they have to for the Race to Alaska.

The wind is out there, so why not use it to your advantage to go faster and farther? It looks like loads of fun.

Magooch
Sailboats = something about being a hole on the water for your money to go down. Kayaks - not, relatively speaking.

When the winds in your favor, raise sail, keep paddling and go 30% faster. Cresting over waves to surf faster than the waves are traveling. Way fun! That’s what it’s all about.

You’re going to have your work cut out for you keeping a sail properly rigged on an IK (I speak from personal experience) also if a real strong gust comes along and you haven’t released the sheet in time, an IK with soft chines will turn upside-down turtle, quicker than you can say “Is that water coming over my gunwhale???”(Of course, I will preface this remark with that there are plenty of small commercial sails, that will spill wind before anything like this can happen.) And IKs can also be a bear to try and right again when you’re in the deep drink --Better to put a sail on an hard shell kayak/SOT. You can roll up(if you have the skill) or right and do re-entry much easier with a hard boat than with an inflatable. (You’d think the reverse was true, as an inflatable is kinda like a giant live preserver–But it only helps to keep you afloat IN the water, and not help you get back up ON the water) Can’t say as much about an iSUP, but myself, I’d first try a big clear/transparent umbrella for catching downwind rides >:)

–Having started out in sailboats back when I was a wee lad, I like rigging my own homemade sail contraptions. So go ahead, experiment! 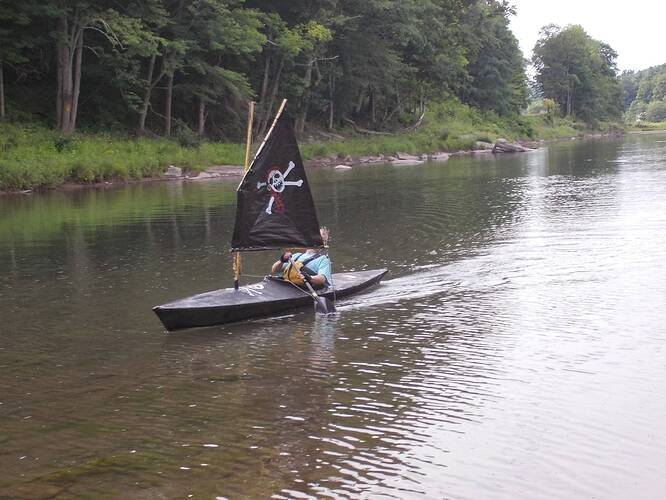 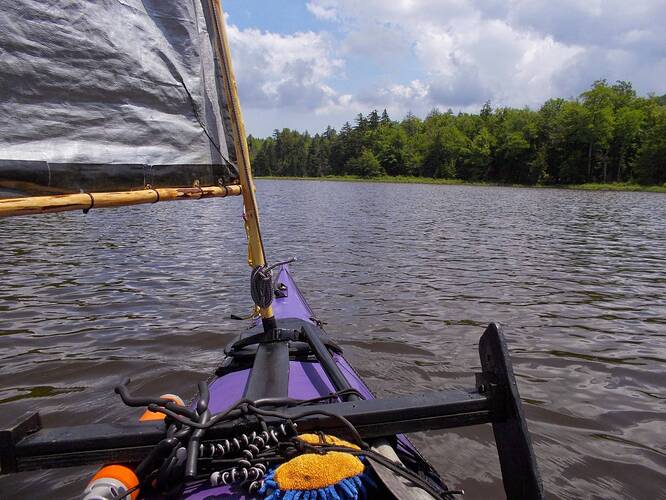 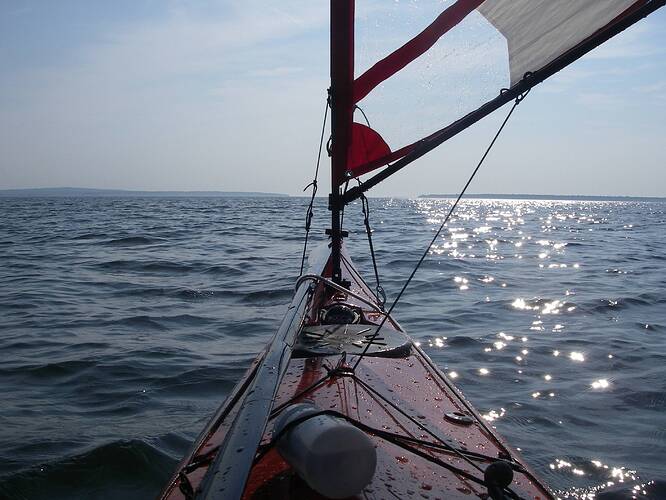