Kayak v fishing in Tenneesee, don't mess with fishermen you will go to jail

Trot lines and Limb lines are downright dangerous to kayakers. It is difficult to get these laws changed though as in my experience users of these lines claim that they are “substance fishing”, meaning that they have to fish to feed their families and lot of State Fish and Game people go along with it. Best compromise is for States to require fluorescent markers on each end and the middle and on limb lines the portion out of the water should be hi visibility too. Hopefully TN will do something about it before more are injured or worse.

Too late. A trotline has already resulted in a death on the Buffalo River in Tennessee in September of 2019: MTSU football player/CBHS grad drowns in Buffalo River one day before his birthday | localmemphis.com

yeah, I saw it, but from what I read, they were not sure that the trot line was the actual cause or whether he got snagged in it after he drowned.
What gets me more burned up on something like this is that some Grand Jury has the time on their hands to indict a guy for this. Seems more like something a game warden would give you a ticket for. Seems pretty “Boss Hogg” to me, i wouldn’t get caught speeding there, they will probably impound your car and put you on the county farm for for 30 days. 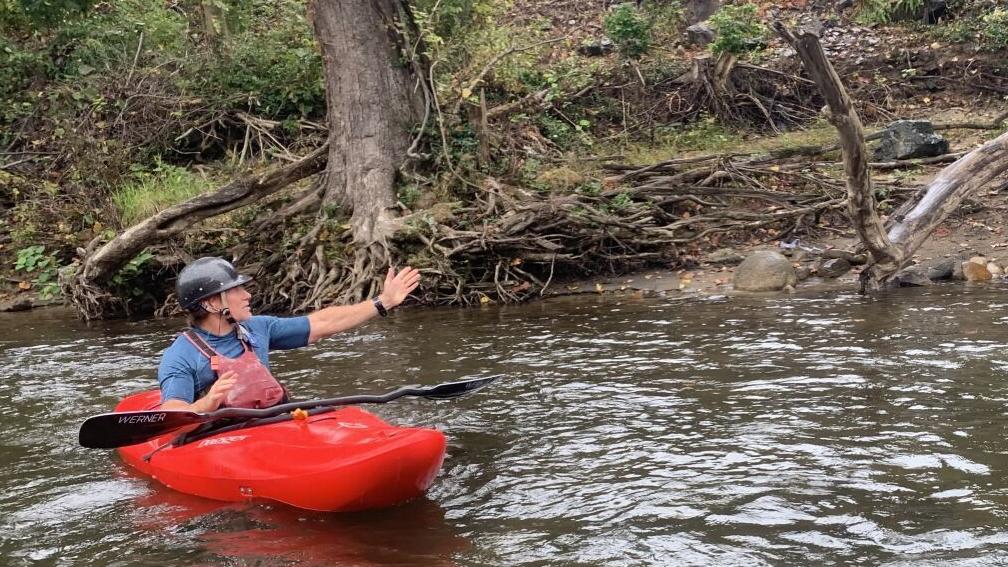 Editorial: Should trotlines be banned in Tennessee?

Nolichucky Outdoor Learning Institute owner Scott Fisher is facing charges for cutting a trotline that he saw as a threat to the public.

I did a two day recert/upgrade class with Scott, Robin and Robin’s son back in June. Great class, learned a ton and when I got finished I didn’t feel beat down but rather lifted up. I can’t say that about every aca class I’ve taken. I’m disappointed Scott is having to deal with this. I have paddling friends in Erwin. Overall, I think it is a good area to live and recreate in . The area where the trotline was placed is not only utilized by kayakers but also frequented by swimmers and tubers. Charging Scott makes about as much sense as hanging an elephant.

Clearly a stupid law. But obviously one that can burn you. Not the only one TN has. If you see a loose dog somewhere, do not rescue it. It likely has a radio on it so it’s owner can use that to find and kill bears. If you take and rescue such a dog that is a felony.