Kayaks similar to a Tempest 170

My grandson has decided he is once again interested in paddling. I had a Tempest 170 he liked and it fit him well.
He lost that opportunity and has finished college and is looking at used boats.
Suggestions please.

A Tempest 170 should be relatively easy to find used. I see them all the time when looking for kayaks I might want to buy to test drive for a couple months.

There is a Tempest Owners Facebook Group that you might check in with. I was just reading something there today that Tempest production had been halted due to the Pelican ownership. Something about existing molded hulls would be completed but no more were slotted for construction until further notice?

That was news to me and may not be accurate so I am not an expert on the matter.

Depending on what your Grandson liked about the Tempest and whether the 17 foot length was a gotta have he might consider a Zephyr 160 or 15.5 depending on his size. I’ve owned a Z155 and a T170Pro. Spent time in a Z160. The Zephyr is a really fine boat. Kinda-sorta similar to the Tempest but more of a play boat. Similar sort of straight line performance but way more maneuverable. Got to cruising speed about a stroke quicker than the Tempest 170 but the T’s and the Z’s are not fast boats. Up to 3 knots I found the Z took less effort but above 4 knots the T had an advantage but again…not fast boats. The primary on both are similar but I found the secondary on the Zephyr to be deeper and solid for a longer time prior to capsize.

I used my Tempest for trips and my Zephyr for every day. If it sounds like I am a Zephyr fan that would be accurate. You may have trouble finding the Tempest, maybe not. If you can’t find one consider the Zephyr. It’s a very good hull.

I haven’t compared directly, but I suspect the Necky Chatham 17 is pretty close. It seemed that either the Tempest or Chatham line was modeled after the other.

The Tempest is a British style boat, and many of the true Brit boats (NDK Romany or Explorer, Valley Etain or Aquanaut or the like, various P&H boats, etc) likely would be similar.

I do like the Tempest 170. Assuming the things that I like it in are things that your grandson likes, he may also be open to Dagger Alchemy L, Dagger Stratos 145 S or L, P&H Delphin 155, or the like.

In the meantime, a friend has a Zephyr 160 she’s willing to part with. Thanks for steering me that way.

If nothing else will do:

I wish I knew where to go to separate fact from fiction in regards to production of Wilderness Systems and Dagger boats now that Pelican has taken over confluence. I hear a lot of rumors in the whitewater community similar to the one you described about the Tempest. 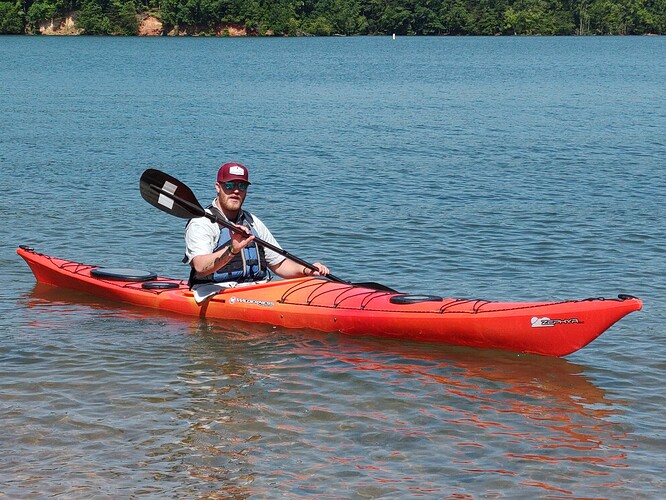 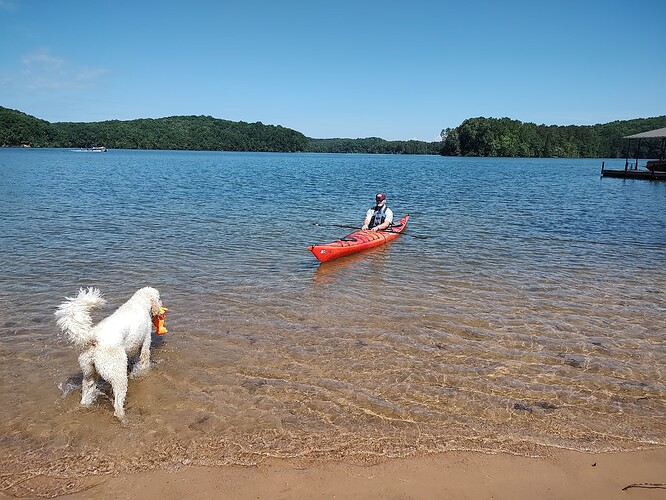 And Honey is a water dog , just not above her knees.