Keel Strips, which is best?

After a good 10 years, my boat is still in decent shape except in the sharp bow and stern keel area. It could use a keel strip going forward.

A quick call to my nearby kayak shop, the sales person said they have Gator patch, “but it’s not the most user friendly thing” to apply…

A casual google turns up at least 2: Gator Patch and KeelEazy. There may be others.

Which kind is the best? Durability and easy of application that is.

Had never heard of Gator Patch, so obviously no experience. I did install KeelEazy strips on the bow and stern areas (not the entire length of the boat) in 2018 and they’ve held up well.

I have also never heard of Gator Patch. I have used KeelEazy on a few kayaks. On two it failed in a couple years and the other two it is still going strong.

On the two where it failed they are kayaks that get a lot of use/abuse. One is the one that I use for guiding and it lands and gets dragged on sand beaches. The sand attached itself to the glue at the edge of the strip causing it to peal off the kayak, especially around the skeg slot. The other is my tripping kayak and the KeelEazy failed on a solo trip where I needed to land a loaded kayak on sandstone beaches alone. Both cases are probably not what the product is designed for. On both these kayaks I replaced the KeelEasy with a keel strip made with gelcoat with embedded sand for abrasion protection.

I have used both KeelEazy and Fiberglass keel strips. Based on my personal experience alone I much prefer fiberglass for a few reasons.

A fiberglass keel strip has about the same coefficient of friction as a fiberglass hull while the KeelEazy has a much higher coefficient of friction and acts somewhat sticky. That means that a glass keel strip will slide over rocks and logs the same as a bare fiberglass hull. The KeelEasy, on the other hand, tends to stick on rocks and logs. I’ve gotten “stuck” on submerged logs and rocks that the glass strip would just slide over.

The other thing that I prefer about glass is that once I wear into or through it the repairs seem much easier to perform. I don’t know that patching a KeelEazy strip is easy to do.

This may be old news as I have heard that KeelEazy changed their adhesive some time back but I found that direct sun heating the hull and the tape softened the adhesive and the sticky nature of the strip caused it to stick to some car racks and shift the strip off to the side. While I was able to re-heat it with a heat gun and shift it back I found it annoying to have to do so. Like I said, maybe that is old news and a new adhesive and taken care of that. I don’t know. The Gator Patch offers a watertight and impenetrable patch for almost every surface aluminum or fiberglass boats, kayaks, canoes, pipes, leaks and more! Excels as a Kayak Keel Guard, Canoe Keel Strip, and repair patch to seal up cracks and leaks. 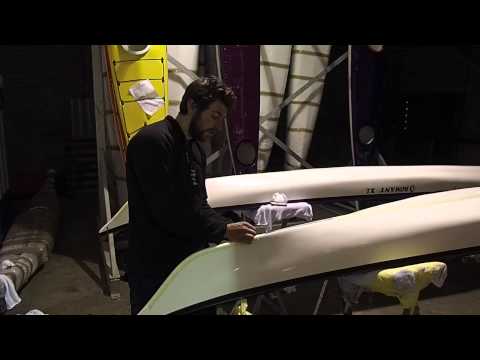 Best way but not nearly as cheap as adhesive keel strips. Especially if you need to pay someone to do it and or buy all the required supplies. 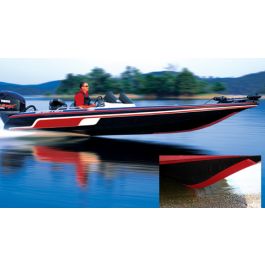 Why KeelShield Brand Keel Protectors? Because your boat needs the best in protection! KeelShield is NOT PVC, PVC based POLYCORE or plastic based protector. Instead, KeelShield uses a durable patented 5' wide rugged urethane shield from...

Thank you all for sharing your experiences. I’m inclined to pass on KeelEazy for this time. The failure mode you guys describe are the situation I often find myself in.

hdavies, keel strip made with gelcoat sounds like the route I’d like to take. Where did you get them?

Gelcoat & cloth has to be applied like the video above. Installed by an experienced person able to work with fiberglass and gelcoat. Buying it as a option on a newly constructed hull is probably 300 USD + or more from memory.

Look on Youtube for Kydex keel guard. It’s a VERY durable diy solution that’s very affordable. And you can find many different colors of it on Amazon so it can be close to a match for your boat. I’ve been happy with the results so far and in the future if it needs to be replaced, it’s only taped and siloconed on.

I didn’t use a premade product but more of a process. It isn’t too hard but somewhat intimidating if you haven’t done gel coat work before. I have made several simple repairs to my kayaks in the past since I like to play near the rocks.

I ordered gel coat with wax off the internet.

I started by sanding the hull where the keel strip will go and cleaning with acetone. Then, I laid down a 2" stripe of masking tape on the keel then laid down two more 2" stripes of tape one on each side of the first. I then removed the initial tape and used additional tape to finish off the ends and deal with the skeg slot. I mixed fine sand into the gel coat and painted in on the keel where the initial tape was. I added a layer of gel coat without sand to smooth the surface.

You have to work relatively fast as the 2 layers have to cure as one. Alternatively you can get unwaxed gel coat and add wax to the second layer.

Peel the tape before the gel coat fully cures but after it cures to the point that it won’t flow.

I do the same as HDavies only I don’t use waxed gel coat and I don’t mix sand in, I use Cabosil I spray or brush with PVA when done {Poly Vinyl Alcohol} I also rough the place for the keel strip using a rotary paint stripper lightly on a drill. { It looks like fiberglass brush not like sand paper}. 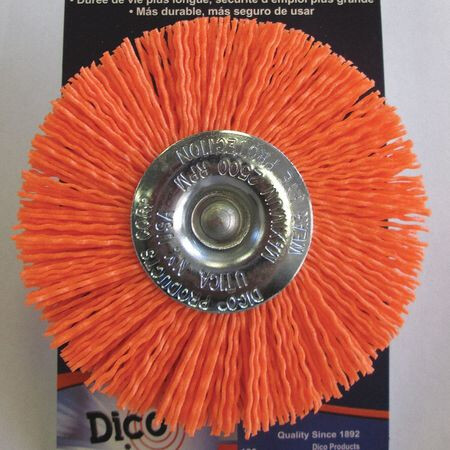 You took 10 years to wear through the gelcoat. I would simply apply a new layer of gelcoat where needed and spend the next 10 years thinking about which keel strip you might want. Then, if you’re still not sure, maybe just apply gelcoat again.
If you’re worried about how gelcoat behaves, mix a tablespoon with the recommended drops, and apply it to some disposable similar shape for a practice round. Gelcoat is good stuff for the wear you expose your kayak to. I only have a keelstrip on one kayak, and I wish it wasn’t there. It made an already strong-tracking kayak even more strong-tracking than one without.

I was in fact thinking about that. 10 more years before I need to think about it…

But truth be told, I didn’t use the kayak quite as much the first 8 as I did the last 2. (who hasn’t, with the pandemic and nothing else to do). So the reality is I wore through it in about 2 years of very frequent use (2-3 times a week, May through November).

Looking forward, I will continue to use the kayak relatively frequently. So it may only take another 3 before I need to patch the gelcoat again. The “labor economy” will tilt towards having a keel strip over another gelcoat patch again in 3 years.

p.s.
I prefer not to “baby” my boat. I just use it and enjoy it (though not abusing it). And when it needs work, work on it. So the keel strip idea is just to minimize the amount of work and interruption due to needing to work on it rather than spending that time paddling it.

I prefer not to “baby” my boat. I just use it and enjoy it (though not abusing it). And when it needs work, work on it.

I share that sentiment! Use it and learn to fix as needed. I have had to patch my various waveskis numerous times. If you hit the surf, well at some point, something in the surf will hit back. I have already gotten some dings on my pretty new Sterling Kayak Progression. But, that ride is meant to ride waves. To me, it would be disrespectful to the designer and builder to “baby” that very capable kayak for surf.

My wife and I have given up on KeelEazy. The adhesive begins to fail after a few years. The tape can shift on a hot day and the adhesive picks up sand and other debris along the edge of the tape. The adhesive also gets on your hands, saddles, and other things and is a pain to remove. When side loading we’ve had the KeelEazy strip snag on a saddle edge. Regardless of what technique you use it does not adhere well on curves over time.

My boat is 23 years old and every gouge on the hull that I’ve bothered to repair with gelcoat has been on one side or the other, not right down the keel. Same with my wife’s boat. Maybe the gelcoat on our boats is heavier along the keel line. Of course, YMMV depending on where you paddle.

I’d much rather spend and hour or so every few years doing gelcoat touchup that deal with the aggravation that KeelEazy has been.

I just applied a KeelEasy strip to the bottom of my 17’ boat. I’d never done it before and I was a bit apprehensive but I took it slowly and it came out perfectly. I was told you can use either a hair dryer or a heat gun for the application but my wife’s hair dryer really wasn’t up to the task, my heat gun worked fine.

I’ve patched up the area where the gelcoat had cracked or worn through. Those are in specific area of impact (landing on concrete ramps, for example. And to a lessor degree, landing on rocky beaches).

Though other area of the keel near the bow and stern are also showing sign of wear, it hasn’t worn through yet. Also doesn’t look like they’re in danger of wearing through soon.

I’ll see how long this particular repair last. Then decide if I should add a keel strip or just do gelcoat patches once in a while.

Recently I acquired an Old Town Canadienne, the 15’7" one. It needed some repairs with fiberglass and epoxy. Once those were finished, I looked carefully at the shear lines of the bow and stern. They contribute greatly to the speed and glide of these classic canoe designs.

There is no way in Hell, that I would put clunky kevlar felt on a canoe like this. The stems showed some wear so I added a couple of strips of fiberglass cloth and expoxy. Once painted they are hardly noticeable and the canoe is still lightning fast.