Last year I got a used Current Designs Gulfstream, the kevlar version. I don’t have a garage but keep it suspended under the deck and cover it with a Danuu kayak cover.

I’m in southwest PA and our winter temps can get into the low 20s. Should I be worried at all?

No worries about the cold weather. How is the kayak suspended? It should be hanging from straps at the bulkheads, either on its side or upside down.

It’s suspended with straps, seat side up and straps running along the bottom. One just behind the front storage hatch and the other near the center of the rear storage hatch. Not exactly centered though, the front strap could probably be moved a bit more forward.

Nice boat. I have a CD Prana LV, kevlar. I’ve kept it on stands in my back porch in similar temps with no issues. Supported at the bulkheads.

I will admit that I do eventually move the boat to inside storage, not because of the temperature but because I also keep my firewood in my back porch and it’s a PITA to have to move around the boat to bring firewood inside. Next winter I hope to store it in a nearby unheated barn which is closer and has easier access.

Front strap sounds good. Move the back one forward until it is directly under the bulkhead. Keep in mind the Danuu covers are not completely waterproof, so if the boat is right side up keep the hatch covers on and I would put a cockpit cover under the Danuu cover. A cockpit full of water could definitely cause some damage. I store a small plastic Dagger outside on a rack using the same system - cockpit cover and Danuu cover. 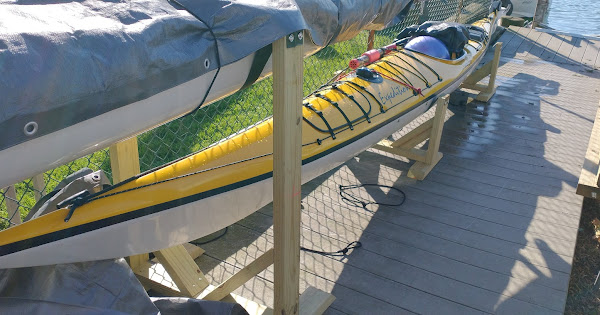 I have four CD yaks in straps, one on foam blocks. Ball from target in cockpits and Seals cockpit covers, then the tarp with bungee’s. One’s like that ten years. One is 22’ Libra XT in fiberglass the others are kevlar. Always dry inside not even moisture that’s detectable.

I have two poly SOT in straps deck downwards same tarp on top. They’re there 10 years hanging. Hobie Quest 13’ and Ocean Trident 15’. One Eddyline Journey in straps also. Straps are great for any material kayak. 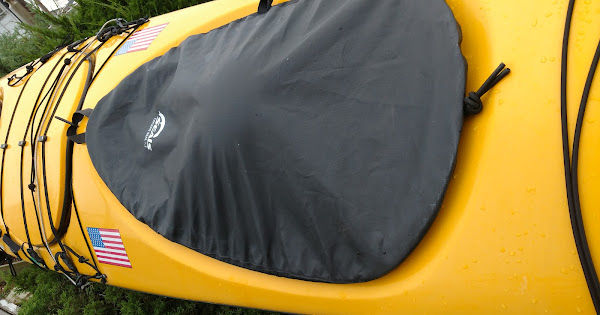 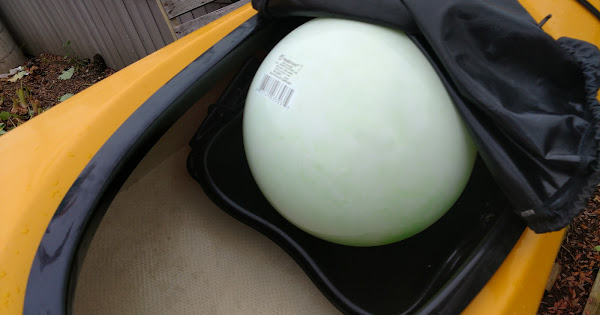 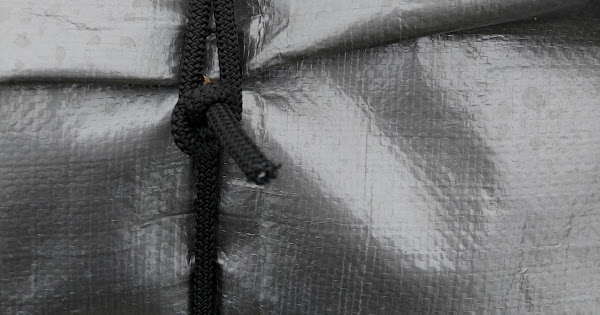 I kept the hatch and cockpit covers on when I stored it. All are completely covered by the deck too. I figured better to be safe than sorry.

It’s only the last foot or so on either end that see any snow.

When I had been looking there was a really nice Eddyline (forget which model it was) but went with the CD instead. No regrets. Unfortunately, I only have room for 2 boats right now lol.

I have an Oldtown Guide 119 solo canoe as well, use that as my fishing boat lol.

The main concern I would have is that a significant amount if water finds its way in and then freezes (and water expands when it freezes, so could cause damage). Having it under the Danuu cover should reduce or prevent this. If water does seem to be getting in, flipping it over so cockpit opening is down should prevent water from getting in.

Other concern would be an animal making the kayak into a nest. The Danuu cover should prevent this.

I store all my boats outside upside down on either padded racks or straps.

Never had water or anything in the boats. 6 boats like that some near ten years.

You should be just fine. I have been told by a few boat builders though that anything hard plastic (fiberglass, kevlar, abs) should be left in the racks when the temp gets much below 20 F. as the flex from use in the water and carrying atop the car can be damaging. That’s when it’s time to pull out the rotomolds.