Another tragedy.
https://www.wlns.com/news/michigan/adult-and-kid-pulled-from-lake-lansing-kayak-nearby/
Why would you even think of taking a 4-year-old out on skim ice? We had temps in the low teens Monday morning and they were in the twenties when this happened.

We have had people try to walk on ice that they assumed was thick enough. It may be six inches thick but in March the structure changes from interlocking crystals to columns. Its called candle ice and while thick is very weak… Its causes tinkling sounds when the wind grows and gets waves going under it.

As to why that happened… no idea but that is child abuse. The kid had no choice.

A question was asked how would someone take out a child on skim ice? This is a tragic accident and wished it never occurred. Without knowing more details, I find the timing very ironic as to the very recent discussions about responsible advertising.
I can only imagine the anguish the family and rescue crews must be going thru. I’m so sorry!

That is sad, and VERY local to me. I had stopped by the launch on Lake Lansing ~2 weeks ago to see if the ice was coming off & the lake looked ice covered all over. No need to get closer to check the quality of the ice. I had been thinking about taking a look this afternoon to see if it might be open for a paddle early next week. No need to do that now as the question is answered.

This tragedy opens up a question that had come up during the Covid lockdowns: Is it irresponsible for those with the required equipment, experience, and skills to go out in conditions that are well within our limits but might be challenging or, perhaps, fatal to those who are unprepared. For me, I’d say mostly no, it is not irresponsible, but it is worth paying attention to the question.

I did have a conversation with a paddler at the Lake Lansing launch last May. I’m there with a sea kayak (Delphin), dry suit, etc. on a sunny afternoon with a strong wind from the north. The launch is on the north shore of the lake so an off-shore wind. At a guess the water temp was around 50 or so - chilly. She had been renting on the local river (the Grand), had fallen in love with the sport, and had a brand new rec. kayak with paddle & PFD. We talked for a while & pointed out the waves & wind out a ways & the water temperature - suggested that she step in to get a feel. She thought about it a while and chose to go downtown to the river (slow moving & quite calm there - also out of the wind mostly) where knew the environment. Not a perfect choice but better than going out on the lake that day. 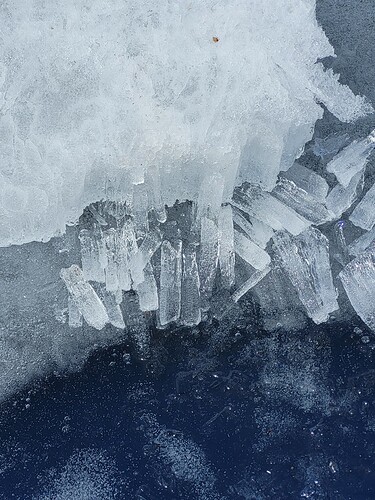 That is very sad.
There are so many variables in human thought processes and emotions that lead to behaviors. I was raised by parents and am alive today. But I can find little wisdom in suggesting that this directly correlates to my parents or any other of my caretakers really truly being somehow better than this adult of whom I know nothing but this one mistake she made.
My best friend’s parents had a canoe. I think two of us were 16, and two of us were 14. Myself and my next younger brother, my best friend and his younger brother. My brother and I had never canoed. I don’t think my friend, who’s father owned the canoe, had ever really canoed other than riding along with Dad at a younger age. His parents let us load up that canoe in South Dakota during a thaw around the 10th of March, and run it down a flooded creek, off on our own. My friend’s parents are very good people, smart people, a model loving marriage from what I ever saw, and I knew them pretty well. They were parents that anyone would be lucky to have.
We went around a bend, were pushed into a strainer, and capsized, not having any real control over anything that was happening. We didn’t have lifejackets. We capsized into fast moving snow and ice melt flood waters. We all made it to shore at different points shortly downstream. Had we not all survived, which was well within the realm of possibility, that couple would still be the kind, loving, smart, respectable, responsible people they were and are. But they did make a mistake in letting us load up the canoe to run a flooded ice water creek that day. They weren’t dumb kids either. Both of those kids graduated law school. A family of smart, high-functioning, loving, good people. We are all susceptible to making mistakes, even tragic mistakes.

I don’t know if we will learn the background to this tragedy but, considering the time of day and the weather that morning, this doesn’t seem like a “It’s a warm sunny day, let’s go for a paddle” tragedy. If I have it correct, the call came in shortly after 9 AM. Sunrise is about 7:20 am so they would have launched 1 1/2 hour or so after sunrise. The air temperature was, I recall, low to mid-thirties with a breeze so the “Feels Like” temperature would have been in the mid to upper 20s. Even later at 1:30 in the afternoon when we went for a hike it was only 40 - 42 degrees.

Definitely lots of questions about this incident. Taking a toddler kayaking so early in the morning in such cold temps is an irrational act.

As the incident is still under investigation, guessing they’ll test the woman for alcohol/drugs.

So, the annual “killing season” (for paddlers) is here. Yes, every spring and late fall.

Water temperature on the lake was 33F. After the rescue / recovery, the kayak remained overturned in the ice near shore. 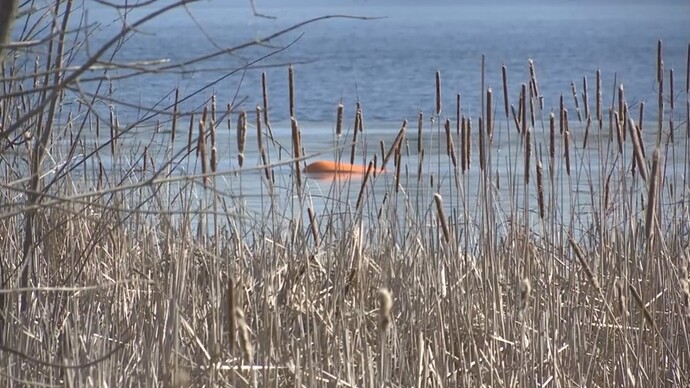 This episode is indeed very sad, and if this mother is anything like most mothers, she’ll never forgive herself. That noted, in this case, and in the large majority of similar cases, the root problem is innocent ignorance, not malice, indifference, or recklessness. The ignorance may be lethal, but it is “innocent” in the sense that not only do most people not know the danger of cold water, their life experiences give them no reason to know about it. They equate the temperature of water as having the same meaning as the temperature of air with respect to the cooling that will be associated with exposure. They may not understand conduction & convection, much less the differences between air and water with respect to these mechanisms. For most people, it’s an “unknown unknown”–they don’t even realize that cold water is a lethal threat about which to inform themselves, so it can’t occur to them to look into it.

This point–innocent ignorance–is why I think Moulton’s work is so valuable. I’ve never seen him use that term, but he clearly understands the concept, because it informs his work. His challenge is reaching the audience that needs it. It’s also why the strategy of challenging the paddling sports industry makes sense–their advertising reaches much wider audiences than we can.

I think it is pushing things to introduce the idea of anything more than really bad judgement. As Sing said it is the killing season.

Granted each year there are boaters determined to prove that they can be both ignorant and drunk. But when it comes to cold water, substance abuse is not really needed. Perfectly sober lack of understanding of cold water is all it takes.

I did not read judgment… Tox testing is routine in these instances.

Where did you see it reported the woman was the mother? I’ve not been able to confirm that.

The relationship is not mentioned in the Lansing State Journal article, only that both were from Haslett.

First-responders were called to Lake Lansing Park South around 9 a.m. and found the two people in the water, with an overturned kayak in the area, officials said. Firefighters in cold-water rescue gear pulled them from the icy water.

The boy was unresponsive at the scene and did not survive, Meridian Township Police Chief Ken Plaga said. The woman remained hospitalized late Tuesday afternoon, and her condition was unclear, he said.

The boy and woman are from Haslett, officials said.

Plaga said the incident appeared to be an accident but remained under investigation. Nobody saw the two people until they were already in the water, he said.
“If anyone knows anything, we’d appreciate it if they gave us a call,” he said.

Anyone with information is asked to call township police at (517) 853-4800 or submit an anonymous tip through the department’s social media sites.

Most emergency vehicles had dispersed by about 11:30 a.m. Those that remained were parked near Swan Cove Condos, located at 5856 Shaw Street in Haslett. The condominium complex has a small lakeside dock.

Pretty much what all the other news reports state with none identifying the woman as related to the child.

Since the officials know where the two came from, seems logical that if the woman in fact was the mother of the child, she would have been identified as such.

If the child was 4 years old, odds are that they are somehow related. This is not the way someone trying to snatch the child would have escaped. The police quote sounds like there may be a messy set of family relationships they are trying to sort out.

But the relationship between these two has nothing to do with whether the cold water and perhaps lack of swimming ability with no PFD could be fatal.