Been storming the past few weeks making it hard to get to the water. Caught a break on Thursday and paddled between systems in Passage Canal, Alaska. Headed to Resurrection Bay in the am. 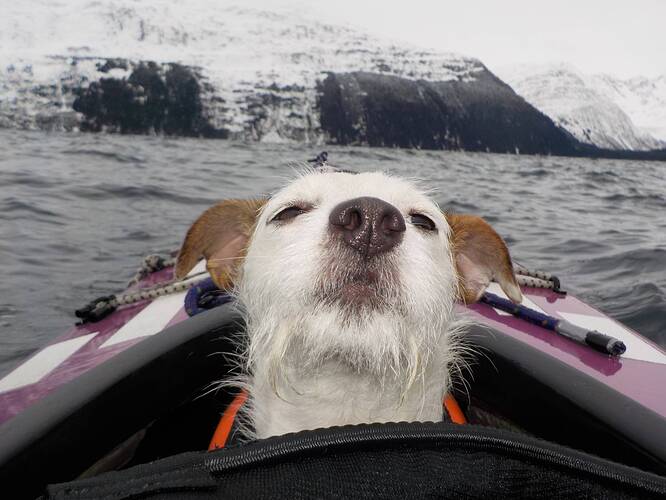 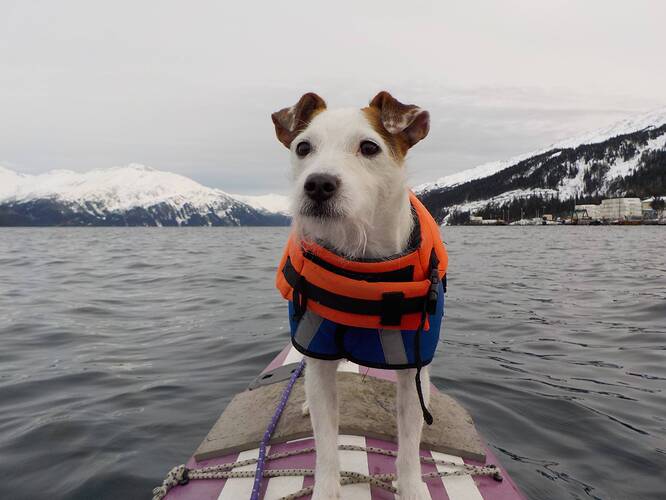 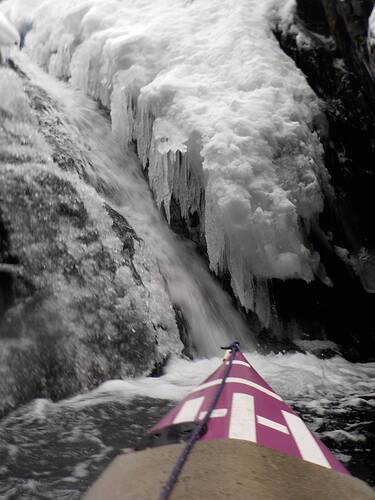 My last paddle for 2016 was nothing to get excited about. It was at the lake in town where I took my Loon for my first paddle since I pulled a hamstring on my right leg. I was mostly concerned about carrying the boat to the water and getting in and out of the boat. It was one month after the hamstring injury and the only negative effect was a nagging soreness in my right buttocks after about an hour of paddling.

Now I know I can do it, I’m looking forward to getting one of the sea kayaks on the water. Some sunny days are predicted for the week ahead, but it’s also supposed to be freezing at night, so I might wait awhile for a little warmer weather.

My last one for 2016 was kind of a paddle-sail(pic below, but alas no pups along). Hope to get out today(2017)on the same little river, as its banks are now covered with snow and even a few floating ice floes. 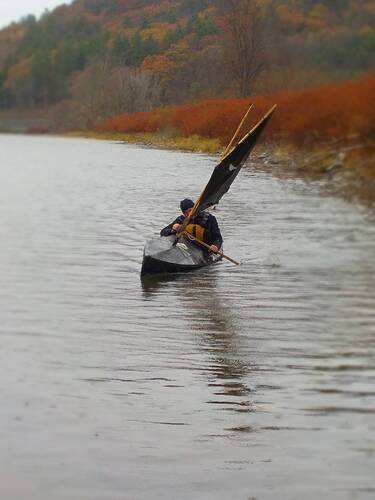 Chuck I have to know your dogs name and gender if you don’t mind. What breed of dog is he? He’s got balls of steel! He doesn’t get cold? What if he falls in? I saved his pictures and called him Ice Dog! I have three peekapoos and two would not go out today to pee in the cold and wind. The other one shoots out it anything snow, rain, wind!

Her name is Paris. I can grab her quickly and stuff her below deck. She prefers running and hiking. She is a Parson Russell Terrier. She would not do well in Florida. She is a cold weather dog. She has her own Facebook page, Paris The Parson 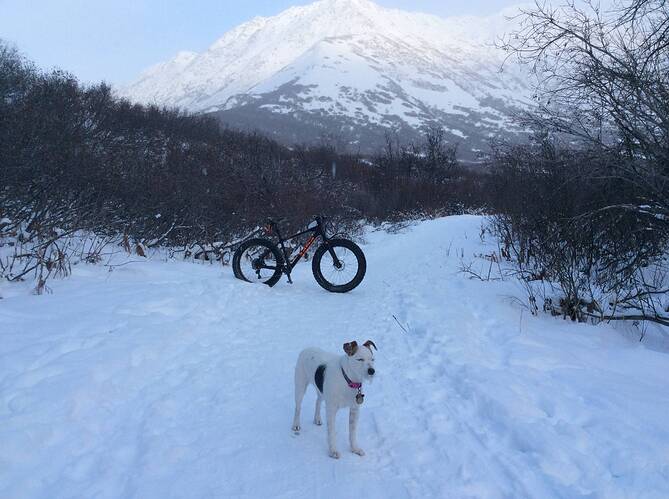 LOL cool thanks! Surprised she has patience to stand on deck being a terrier.

My last paddle of 2016 was kayak camping on Apache Lake Sat, 31 Dec 16 through Monday 2 Jan 17.
Yes it rained and was cold but was worth it as the lake was deserted the entire length.
My first paddle of 2017 will probably be a day-trip 7-8 Jan 2017 on Silverbell Lake.
My first real trip of 2017 will be the MLK-day trip down the Colorado from Blythe to Yuma.

Nothing remarkable, just tooling around Morro Bay and playing in some small surf at the harbor mouth as the tide started ebb.