I’m looking for a good model toy kayak that will fit in a day hatch and even one small enough to fit in a PFD. One of my instructors used one to illustrate points about kayak motion, edging, rescues, etc. and I’d like to do the same for my students. It’s not that easy to find one that looks like an actual touring kayak. Anyone have a link to a good one? If I can’t find one, I can carve one out of wood, but a ready one will save time.

Google “kayak ornament” Those work & I have some, but right now I cannot find my favorite which is plastic though too big for a pfd, but would easily fit in a day hatch. 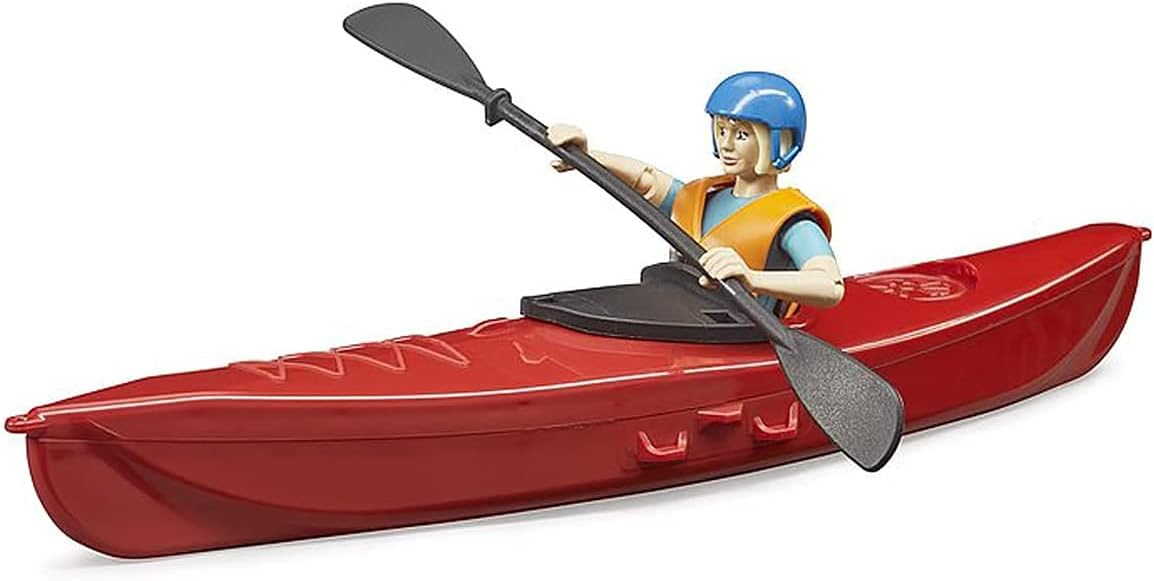 Amazon.com: Bruder bworld - Kayak with Figure (63155) - For Ages (4) and Up - Made with High-Quality Plastics - Floating Kayak and Paddler Equipped with Helmet and Paddle : Toys & Games

Commemorate fun memories made while enjoying activities out on the water or on weekend camping trips! This kayak ornament is perfect for those who enjoy a little adventure in their life.

Thank you. I had tried searching for “kayak toy” and “miniature kayak model” but hadn’t tried ornament. Once I tried ornament, it turned up many of the same results. I’m looking for a toy, ornament or model that has a realistically shaped touring sea kayak bottom and proportions. The closest I found was a keychain kayak on Etsy but it’s really small. That bottom Kurt Adler kayak ornament looks like one of those recreational kayaks rather than a sea kayak. The above one also came up - it’s ok but not quite what I was looking for.

I’m guessing my best bet would be one from a 3D printer, if I could find a good file for one.

How much do you wanna spend? I’ve looked at these as a novelty to go with my real Raven but I’ve been too cheap to buy one.

This is the perfect model for every kayak enthusiast. This replica model has been created to scale and is designed to include all the details of the original Eddyline Raven. This model sits on its blue stand similar to how the kayak would rest in the...

These are on Randi Kruger’s site. Maybe they will work.

Model Sea Kayaks Batch 1 Buyer receives one of the exact kayaks in this batch of photos. Multiple kayak purchases will receive random mix of colors. MESSAGE ME FOR SPECIAL REQUESTS These are hand carved from various beautiful woods, here in Accokeek...

The link you supplied sure doesn’t deal with paddling. If you meant the paddling dot net store that used to be, it went down the tubes when the site was sold.

Rookie…on the printed stuff neither means anything. Both paddling-dot-com and paddling-dot net are the same thing. I was in my shop working and didn’t take the time to go there…the actual link is Kayak Jewelry - Kayak Inspired Pendants, Bracelets,… | Paddling.com … and they used to have Christmas ornaments that would fit the OP requirements. BUT two things… 1. I got no idea how that link in the other post (removed) works cause when I type it I go to the paddling store on this web site the forum is on. 2. As it turns out the “store” closed in February. I just haven’t been there since December.

Knife and a scrap of wood?

@Varmintmist because I can’t find anything great at a reasonable price (and I’d like at least 2-3 miniatures as it’s helpful to demonstrate aspects of rescues), I may just cut my own from some pieces of Douglas Fir I have around. Either that, or seek a 3D model I can print in plastic.

for demoing or playing in the bathtub
foam or wood, canoe or kayak this site has it 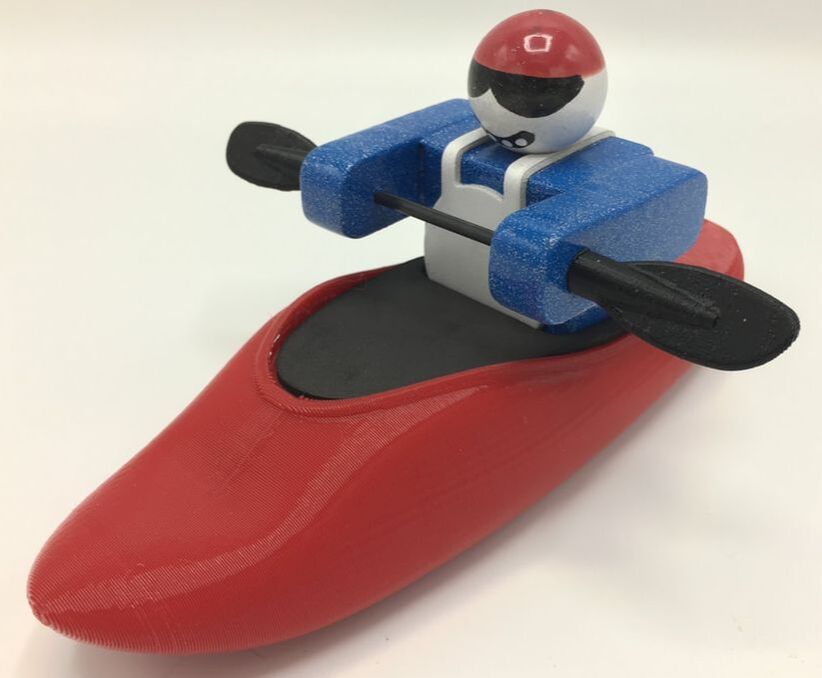 Premium Foamies take foamies to a whole another level. If your looking for something completely handmade that is functional and beautiful. They come with life jackets and skirts; have a super strong...