Loading/unloading on an SUV: Ramp or Step Stool options?

Background: My sea kayak has been sitting in the garage for over 8 1/2 years. Mostly because of car topping issues, but I’ve a serious urge to get back on the water. Kayak is light, but it’s the height of the SUV that is problem → It’s 12" taller than my first car used for kayaking (1989 Toyota Camry). And the Thule Hullavator is out, because it would have to come off when the car is in the garage.

Possible Solution: Step stool with short steps (<= 4" between each step), but a ramp would be better. (Have an industrial strength stool that is 7 1/2" tall, which is too big of step, carrying the kayak.) But where do you find such an animal?

What is the clearance between roof top and garage door?
There are a few companies that do a rear load slider like this. Easy Kayak Loader For Your Car! - YouTube

I just added a harrier ladder rack to my sprinter van that is 9 feet tall at the roof top that has a lift assist. I load a 60 pound boat solo.

You say a Hullivator would have to come off when the car is in the garage. Well then, just take it off, there is just one pin that needs to be removed to take the Hullivator off it’s mount. I leave the roof rack and the Hullivator mount on my SUV all the time, I just pull the pin and removed the Hullivator rack. Just a thought, this still may not work for you.

Clearance is tight with the Thule saddles on my factory. But thanks for the chiming in.

Well then, just take it off, there is just one pin that needs to be removed to take the Hullivator off it’s mount.

Saw that in the videos, and considered it be more a pain than it’s worth. Trying to make the process of getting to the lake of choice, and back, easy.

Some more background: Have tried more load assist options with the this car/kayak combination, including the Roller Loader (picture a kayak cart with suction cups) and earlier version of the Malone Telos system. Most reliable was a bathmat draped on the roof & windshield w. an aerobics stepping block on the hood, then loading from the front … but even that experienced mishaps.

Between you & JimRocco’s posts have me reconsidering load assist: Researching the Malone SeaWing Stinger Combo.

Already looked into this: Similar to the SUV Roller Loader from Oak Orchards, which was one of a couple of disasters, because the rollers are too flat.

For a ramp to step up on, how about ramps for working on a car, like these Rhino Ramps: 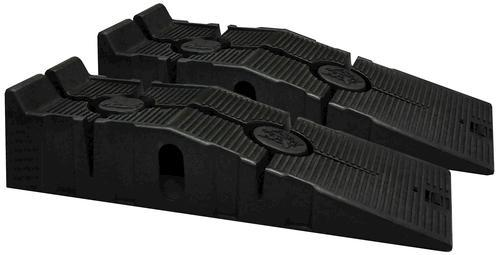 Yeah, I chose the Malone rollers because they have an angled roller… but the boat will roll right off of it if you are not careful.

I did see these on Amazon, but was deterred by this comment in the Questions section,

I just measured my ramps and it is 9 1/4 inches from floor to where the tire rests. It is 11 inches from the floor to the top of the tire stop at the rear of the ramp.

12" would be ideal, but now you have me thinking: That extra 2 3/4" might not be mission-critical.

You might have solved my kayaking car topping problem, Wolf.

My only question is how slip-resistant are those treads? Will post the question on Amazon.

It’s the ‘not careful’ part. Mistakes happen, especially after a long paddle. Malone was the US distributor for the K-Racks … those had enough of a ‘V’ to guide my skinny kayak.

The actual Rhino Ramp brand are plastic and seem pretty grippy. And you could screw some square pieces of 2x10 wood on top to give you a bit more height. Also, maybe one of the slide out bar extenders like this would help with loading. Load the front of the kayak on the extender and then climb your ramp in the back to lift the kayak. 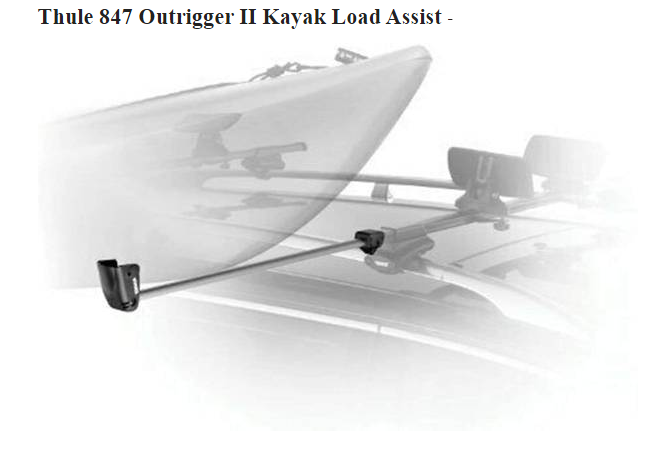 Just to go to a basic, is there a reason the car has to go into the garage every night?
If it can live in the driveway unpinning the Hullivators would not need to happen after every paddle.

Or you could go with a kayak trailer. Super easy to load and all tying down takes place at waist level. I built mine with a storage box to hold all of the gear so everything is ready to go. They aren’t vehicle specific, either; as long as you have a hitch and wiring you’re set.

I realize trailers aren’t an option for everyone but they are worth consideration.

Totally out of the question: Either my car would have to get booted from the garage, or I need a house w. a 2-car garage. And just for starters. But it would be an easy way to load the kayak.

Believe me, I have visited & revisited the trailer option many times since I started kayaking, and always shot it down.

And I’ll take it further: When the kayak bug really started biting me, 1 1/2 weeks ago, entertained the idea of getting a folding or modular kayak.

Kicking the car out of the garage is not going to happen. (Yes, I thought about that good & hard, before totally abandoning the idea of the Hullavator Pro.)

Tried to the extension bar idea, years ago, and it was a miserable failure. Miracle that the kayak didn’t crack.

Have run into an issue with the Rhino Ramps: What is their true height? Getting contradictory info, and 6" means find something else.

I personally like loading my kayak from the side and then pivoting it onto cradles. But I had to make the system myself and it only works with relatively low cradles. A removable post helps ensure the kayak doesn’t slip sideways while loading. And a trailer is really nice too. I use one to haul stuff to a second house, and have it configured to be a kayak trailer too. But some launches don’t have parking for trailers. 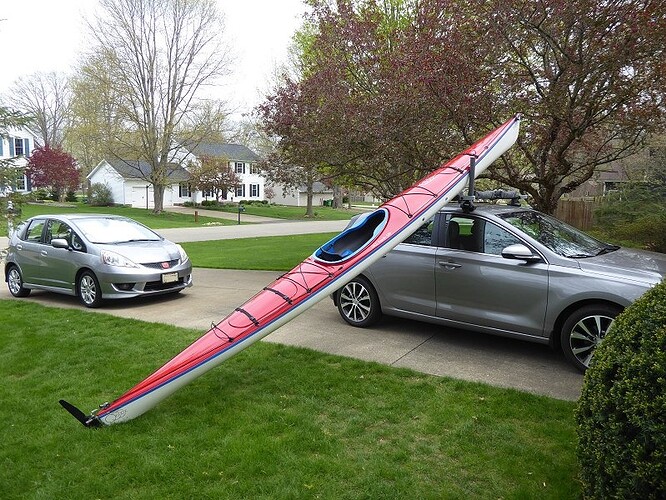 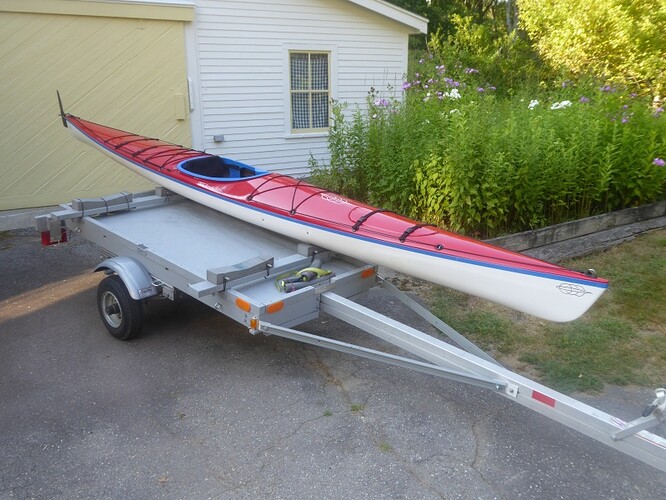 Tried to the extension bar idea, years ago, and it was a miserable failure. Miracle that the kayak didn’t crack.

Interesting. I’ve never used one of those extenders but don’t really like the way there’s so much weight on a skinny little bar, cantilevered out over just one roof rack tower.

There are lots of brands of car service ramps. I’ve seen some with a central platform and removable ramps. That might be interesting too.

Interesting. I’ve never used one of those extenders but don’t really like the way there’s so much weight on a skinny little bar, cantilevered out over just one roof rack tower.

Ours had a vertical support bar, no worries at all. Then again, once you go with Hullavators, you never look back.

I’m not understanding why you can’t unpin them. Are the newer “Pro” ones that much easier to unpin? If so, sell you old one online and buy a set from @Marshall , you won’t regret it.

We unpin ours at boat launches just to reduce the chance of theft.

Seriously, the Hullavator is a game changer, so much more so than a new paddle or any new gizmo, they are just that good.