The St Joseph river just dipped below 3000 cfs for the first time this year. It was well above 8000 cfs for all of March and April and then dropped very slowly; even the 4500 cfs a week ago seemed low. I always paddle along the shoreline and with the more gentle current I’ve been going further upstream. 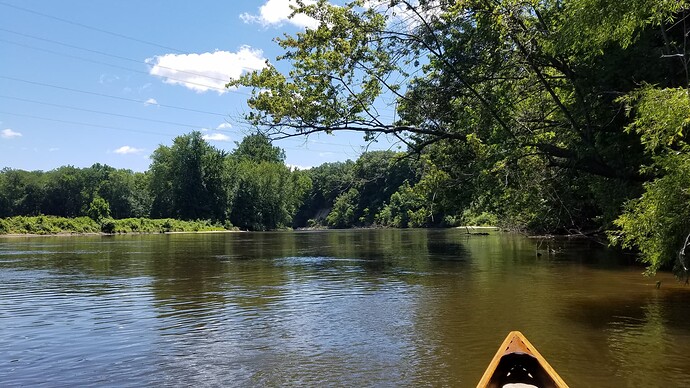 20220627_1402231920×1080 376 KB
With the river dropping so quickly there are rocks and other nasty things popping up. I’ve damaged a boat before by ramming a rock when the river dropped. I’m always leery of the metal support shown below year-round…it has scarred at least one of my canoes. I also know there’s a second one maybe 10 feet further offshore. Then I realize that this is the deep one and the one I usually worry about is up on the river bank. 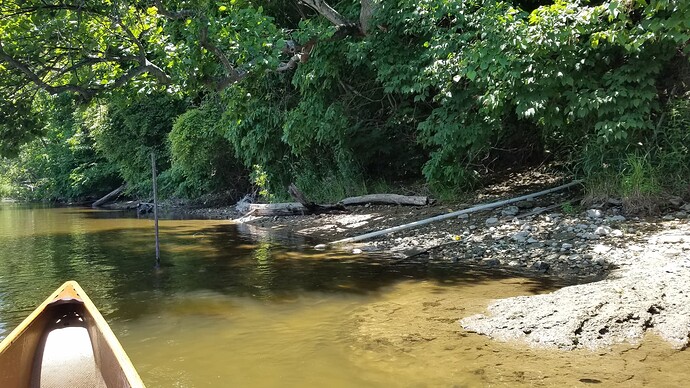 20220627_1400021920×1080 376 KB
Also along my normal route is some ironwork that is probably from about 100 years ago when tourists took boats from Chicago to Silver Beach and some then took riverboats upriver. That barely submerged metal is scary stuff. 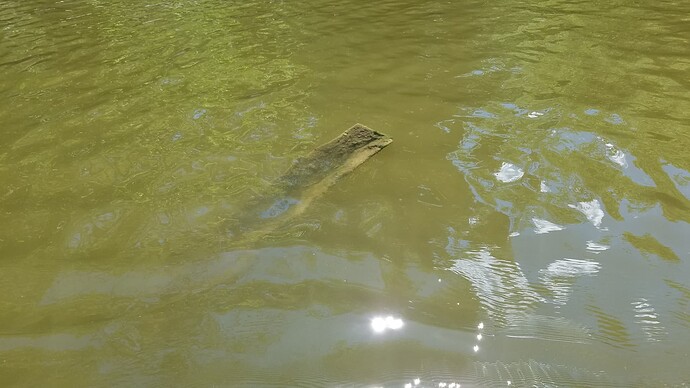 Kinda hard to see but the canoe is pointing towards four iron remnants, the closer 2 are submerged and the further 2 are above water. 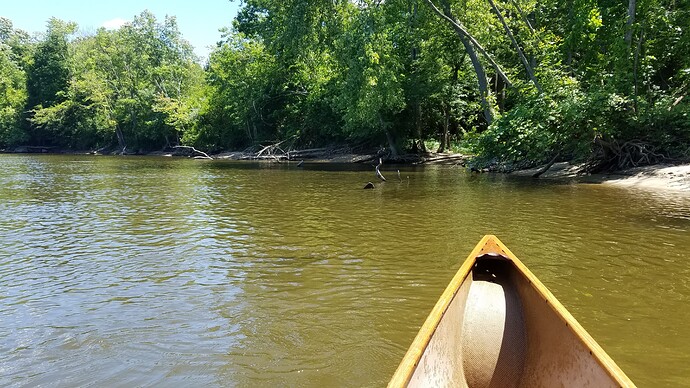 Anyway, I found myself floating among the pointy metal in my new-to-me lightweight Wenonah yesterday so today I’m in my trusty and extremely sturdy '96 Bell Magic.

We have similar problems every 12 hours. Only ours have mounds of oysters also.

In the (TX) Colorado there’s a rough iron bar across about 20%, mid channel just above Bastrop - couldn’t be worse if someone had placed it explicitly to gouge boats! Fortunately only hit it once in my old Scirocco.
But the oyster beds in the gulf - yep, they are the worst - only good thing is you can usually just look for birds standing ankle deep (assuming birds have ankles), and avoid them like the plague!

In TX, shallow water is pretty much all summer. I ran over a shopping cart last Thursday in a creek in Dallas. Last year thanks to low water and some dam repair a whole lot full of stolen cars were found n the Trinity River. Add to that water mains, sewer lines. natural gas and Oil Pipelines and you really have to keep you r eyes peeled.

There is nothing quite like paddling muddy tidal water and hearing the crunch/grind of an oyster bed you didn’t see. I only paddle plastic in those places.
Of all places I hit some rebar in a little white water patch on the Withlacoochee . Knocked a chunk out of my Rapidfire.

Ugh. I think the thing that bothers me most about coming across something like a shopping cart or washing machine is that it forces you to think about the dark side of human nature right when you should be enjoying the outdoors and de-stressing.

I don’t mind the 1/4 mile or so of hidden tank traps on my local river so much because they are ruins of an old dock so they sort of belong in the river. Even going super slow I did manage to polish the tip of one that I didn’t see with my canoe 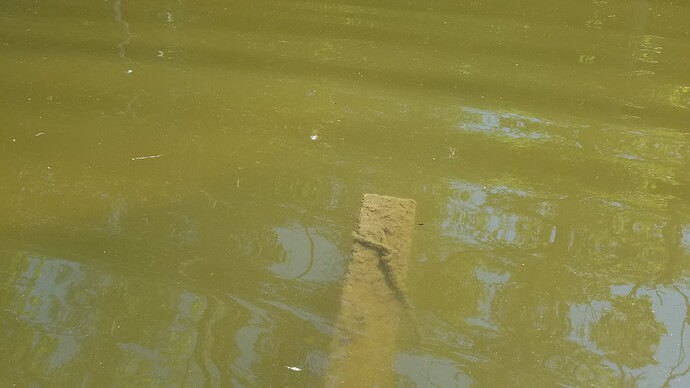 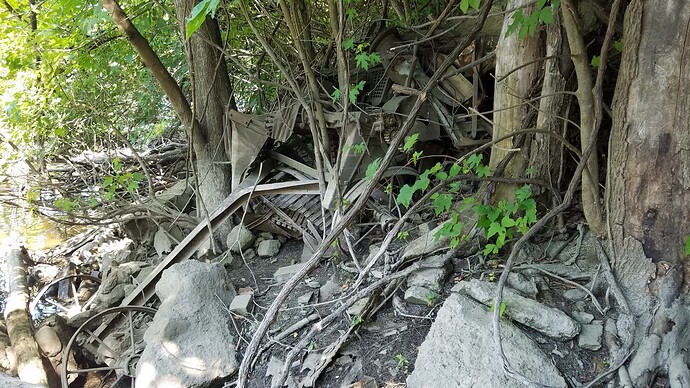 Western rivers have fluctuating flows.
Many of them have very low flows below 1,000 cfs by summer.
Many have flows below 500 cfs.
Paddlers still manage to negotiate them with loaded boats.