Just curious.
What do you people take for your lunch on a trip, day or multi-day?

I have a waterproof hard-case into which I put a drybag with napkin, flatware, sharp knife, etc.
And another 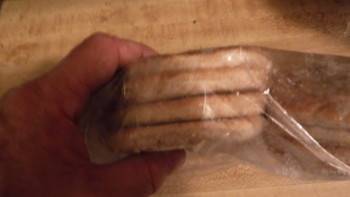 small drybag with flatbread, bag-o-meat, mayo & relish pack from the burger-joint, string cheese and chocolate.,
The food goes into the dry-bag and both drybags go into the hardcase which fits behind my seat.
On a day-trip I load it at home but on a multi-day trip I reload it every morning as I am packing.
Lunch meat and mayo/relish goes into a zip-lock baggie which then becomes my trash bag.
I also bring a roll-up plastic mat to sit on to stay dry and clean.

Ken has a similar hardcase but carries hummus and a box of crackers, bag-o-meat and a spoon though sometimes he brings a MRE and his jetboil.

What do you people do? 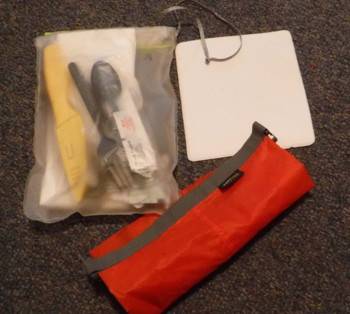 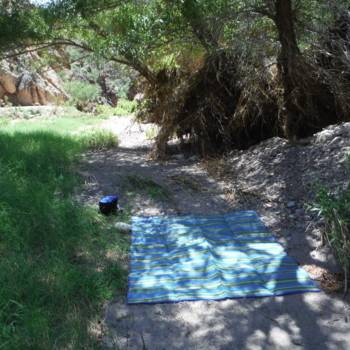 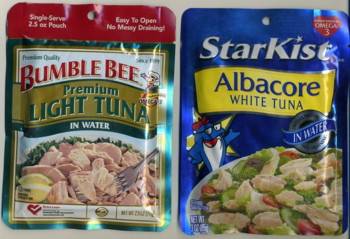 No real lunch. Snack. Carried on thwart bag
Protein like dried sausage and cheese
Dried fruit. ( I like dates and pineapple)
And a granola bar of some sort
That way I dont have to unpack to assemble lunch but more importantly I don’t need to get out of the boat. Sometimes there isn’t a place to exit such as in the mangroves
Sometimes a little gorp of my own fabrication

P, B, and J,fruit dried or fresh, gorp a Friend usually brings by the half gallon. And an ice cold Coke for the ride home.

Wraps with tuna or some other sort of meat and usually a slice or two of pepper jack cheese. Maybe some spinach leaves if I had some around. Assembly on site, which is very quick.

Energy bars for on the water. I like the high protein ones.

Sometimes I’ll pre-make a wrap to haul along and some fruit. When I’m lazy its Mr. Cliff or Ms Luna. Multi-day I’ll have tortilla or some other flat bread and peanut butter. Maybe hard cheese & hard salami. I’ll ususlly also have some gorp as well.

PB and J. Fruit(s) like oranges. Sweet n Salty nut bars. Lunch bag sizes of fruit treats. Spork, knife is the one I have in my vest. I have tried heavier stuff but found I never rarely eat it.

I never snack, so all I ever take along is a bottle (plastic) of frozen water. I don’t camp, so I don’t have to pack the boat full of anything.

two old school (hard) packs of quaker oat granola bars stuffed into pfd pocket (them cliff bars are overpriced). An apple gets squeezed in behind a stern airbag. Spare water gets stuffed behind other airbag. After the river almost always involves some local eatery with friends. I’m not very good at adding much for extended trips besides gorp or some dried fruit. Food is the motivator that keeps me paddling to the next town. If I was really going to splurge I might take some homemade hudson bay bread, or stop and cook hot dogs over a fire but those are special occasions! Lunch routine is usually pretty simple: stop, get out and stretch, drain boat, nibble on a snack and get back in the boat. Occasionally I might pee, but usually wait until the end for that. If I get hungry on the water I break out the second granola bar. I do drink water regulary when paddling (which helps me feel full and seem to recover faster at end of day), but maybe less when wearing a drysuit, with many layers underneath, even with a relief zipper it can be a hassle.

I snack always. My PFD pocket always has whatever snack bar is on sale with some string cheese for a quick boost. But on a long paddle, be it a day-trip or multi-day, I find a lunch is a good idea. It is what I eat that changes.
I used to wrap a tortilla around some peanut butter and hard cheese.
Now I stop and make sandwiches.
“Tomorrow” I will do something else.

Well lately we paddle in the morning for 10 to 15 miles and stop for bbq on the way home. Snack during a break in the middle. … or not.

Wife came home from Sam’s today with 2 boxes of Krispy Kreme Honey Buns. 9 per box,
Each 25g of fat, 9 g saturated and 75g of carbs.
Anyone up for a marathon, an all day paddle, or a 20 mile hike?
I like honey buns, sometimes. When she asked if I wanted them, these are not what I had in mind.
I know several scrawny paddlers. Maybe the won’t be scrawny this season.

@string said:
Wife came home from Sam’s today with 2 boxes of Krispy Kreme Honey Buns. 9 per box,
Each 25g of fat, 9 g saturated and 75g of carbs.
Anyone up for a marathon, an all day paddle, or a 20 mile hike?
I like honey buns, sometimes. When she asked if I wanted them, these are not what I had in mind.
I know several scrawny paddlers. Maybe the won’t be scrawny this season.

Wife came home from Sam’s today with 2 boxes of Krispy Kreme Honey Buns. 9 per box,
Each 25g of fat, 9 g saturated and 75g of carbs.
Anyone up for a marathon, an all day paddle, or a 20 mile hike?
I like honey buns, sometimes. When she asked if I wanted them, these are not what I had in mind.
I know several scrawny paddlers. Maybe the won’t be scrawny this season.

Ook
Hardtack.
I think I’d sooner eat a Pilot cracker
If I could find one

One of our favs not mentioned already is PB sandwiches with frozen blueberries. Yum!

@kayamedic said:
Ook
Hardtack.
I think I’d sooner eat a Pilot cracker
If I could find one

just say no to crackers in a can, freeze dried tuna fish salad and army fake cheese in a foil pouch. On extended trips stay away from bagels- they mold easily. Pepperide farm this sliced bread packs well, doesn’t mold, but its full of preservatives. Them donuts are soundin’ better and better.

Peanutbutter and Fluff on Wonder Bread was my favorite, but my wife stopped buying Wonder Bread, so now it is usually on wheat. At least the peanut butter has some nutritional value, and the stuff is indestructible in the dry bag - you can crush it, you can freeze it, you can bake it, you can get it wet and it still tastes good. For a snack I love Keebler Club crackers and cheese. Not sure what the “cheese” is made from, but it tastes good.

every hour: alternate almonds one hour, raisins the next

btw, I remember, in my early days of finding a ‘feed’ that would satisfy, eating pilot biscuits with cheese and dried cherries. A delicacy (at the time). Also, the bears of the Lake Superior area smell remnants of cheese in kayaks very well (and they can puncture & lift off rubber hatch covers with ease).

Then there are surplus MRE.