Some no-name off shore disturbance has been generating some waves for the northeast breaks for last couple days. About 3’ @ 9-10 seconds this AM according to Boston Buoy. Nicely cleaned by a gentle off shore breeze. 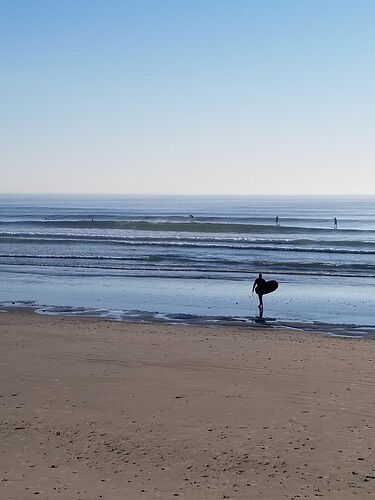 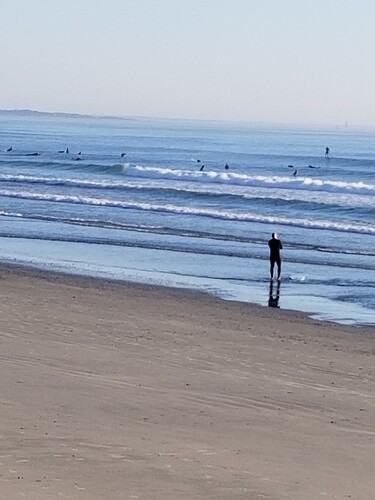 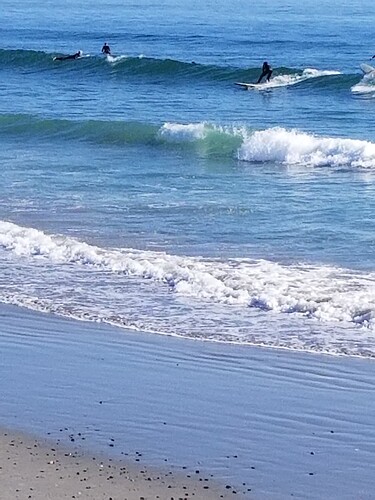 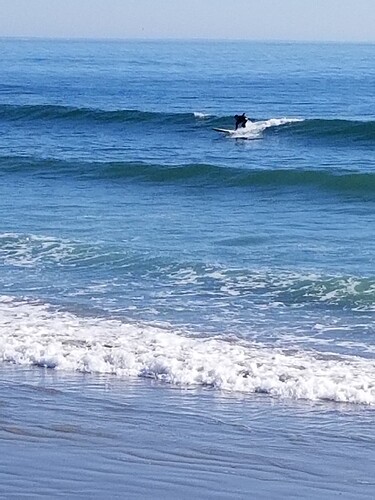 Got in about 1.5 hours. Lots of fun mellow rides. But the sun felt hot on my unprotected face and the waves were heading towards the seawall on waxing tide.

Shot some back of the waveski footage with GroPro. Checking it out later. 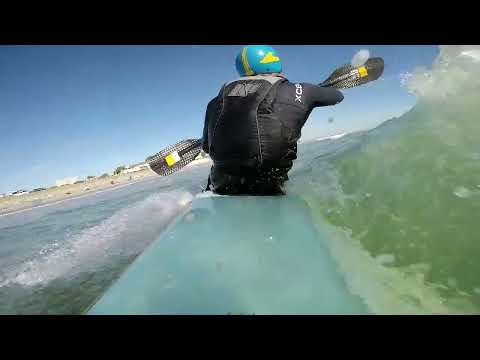 I liked that. Thanks for posting. Nice to see some mellow stuff. Not everything has to be big to be enjoyed. Videos like that make ocean paddling look more accessible to us less experienced folk.

Caught this on you tube subscription. Looks like the waves were empty as well as mellow. Non-crowded conditions in summer are worth getting whatever the waves are .

Jeeze… Guess I am spoiled. I’m used to maybe two dozen or so of boardies at most out in the line up. Granted that I surf mostly the shoulder and winter seasons. Yesterday, I saw boardies all the way down the break. Had several drop-ins. Even though I had “right of way” for the wave, I pulled off because there’s no point in disrupting my own vibe. This beach break is popular in general and gets a lot of newbies. Northeast Surf Sessions run their beginner classes there.

Yes, anytime I can get some wave riding in… Mahalo!

So, what is fun for some is not so much for others: 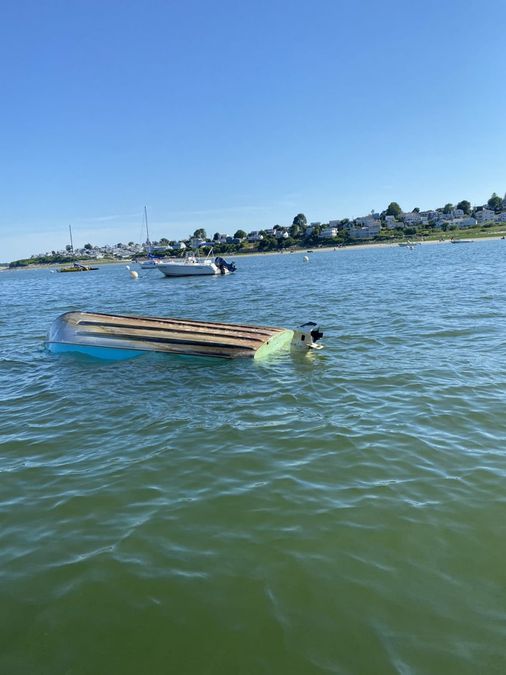 Pregnant woman, baby among five rescued in Ipswich after boat capsizes - The...

All five were checked out by an ambulance and cleared, police said.

This happened just north of Cranes Beach, Ipswich, just inside the mouth of the Plum Island Sound, which has a strong tidal flow. I have done some longboat surfing in that area. It’s a tricky place. At the time of the incident - 3:15 PM - it was nearly low tide. But, the flow from the tidal marsh trails the full ebb. So the current was probably running into the income waves, stacking things up.

Stuff happens. Could have been much worse, given the lack of PFD wear among the capsized passengers.