I just got my 2.2 spray skirt for the Manitou. I just use it for a splash guard since a greenland paddle can be a very wet paddle.

I just can’t put it on! The seat is so far forward that I just can reach back far enough to engage the rear of the skirt. 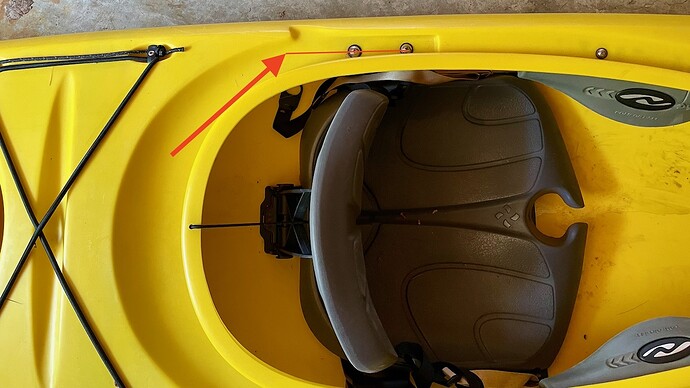 I can see two options, move the seat backwards. It looks like a simple enough job. The second is to ditch the spray skirt and just use one of the half front cover. (Or use a Euro Paddle, I did that on the last trip.

Oh, moving the seat back also has the advantage of putting those thigh braces further away. They are nicely placed but my legs are long and it is really hard to get in the boat because of those braces.

I’d like to say this this boat will only see calm-ish waters. I still have my Cetus for the big stuff, but, we can’t bring the Cetus (or the Lincoln) if we’re camping!

Is it the seat or just the back? I’m still in the considering phase about whether to pull the back off mine and go w/ a backband.

I can reach past the seat back and can get the skirt started on the rim, but I can’t spread my arms wide enough to make it around the bends of the rim.

Back band would be nice, yes, but the seat back isn’t too nasty.

So far I’ve managed to get a skirt on every time (only had it out twice) and the seat back hasn’t been in the tunnel too much to stop it from fitting like the back on my Tsunami did. Maybe I have longer arms?

I did also move the thigh braces forward one hole and they seem to set better on me.

Maybe I have longer arms?

I have long arms also, I think you just might be more flexible. I should try it again I guess.

So it is easy to move the thigh braces? Cool.

At least on my year model they have three holes in the plastic frame that is under the padding. I removed the entire unit and repositioned the padding on the plastic frame and reinstalled them.
The difficult part on mine was that the T-nuts (the part you can see when you look at them from below) was rusted to the screw just enough to turn when I tried unscrewing them. Had the yak upsidedown for a week dripping PB Blaster into them every so often. After that a little set of vice grips helped hold that nut in place while I unscrewed them.

It looks like just one hole on each side to drill and you will know. I would go for it and plug the other hole with a bolt and rubber washer.

Working on flexibility AND rotating your butt in your seat when putting on the spray skirt should do the trick. To do this more effectively, take your foot off the foot peg on the side you are putting under the cockpit combing.

One other thing I have done on a crossover WW kayak of mine that was impossible to get the skirt on…cut some small nonskid strips (I use 1" x 3" strips) and affix them to the underside of the plastic cockpit combing so the skirt has something to grab onto. The ones I use have self adhesive backing. It worked wonders for me - now the spray skirt gets put on quickly. Note: The adhesive strips will wear off after a season of use…no problem, just clean the area (I use rubbing alcohol) and install new nonskid strips.

Hope this works as well for you as it has for me. No need to drill to move the seat.

It looks like you have a lot of space behind the seat, so I think I would see how much trouble it is to move the seat back first, then give it a try if it is easy and you move the seat to its original location if it doesn’t help.

A stretch that I do and may help is this one: 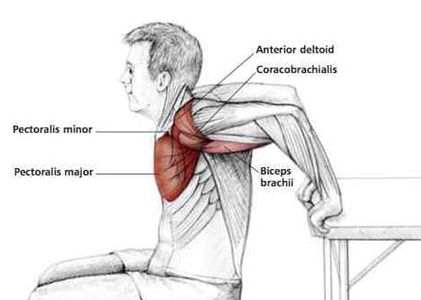 Moving the seat back will change the keel attitude.

It has been a long time since I saw one of those boats, but I think that when it came out the seat was farther back and the boat wouldn’t go into the wind. Necky has had that problem a few times, with the CAD designed boats they marketed.

Can you start setting the spray skirt at the back and finish in front of you?

Oh that’s interesting. My hull, probably, isn’t correct. When it sits on the car it looks like the previous owner must have been overly ambitious with a bow strap and I think the bow sags a bit. I need to find a straight piece of something to lean it against. But, with more weight aft, the bow would come out of the water more, so maybe I’ll correct the bow position! LOL.

Okay, if you want to try, take out the bracket. The bolts you point out are half of them, the other half are on the starboard side.

Flip the whole thing over, the seat should be screwed onto the bottom of that bracket. Take measurement before doing this, so you will know how much you can move the seat.

Good Luck, though it should be easy.

Flip the whole thing over, the seat should be screwed onto the bottom of that bracket. Take measurement before doing this, so you will know how much you can move the seat.

oh interesting! I was just going to move the bracket. It sounds like I can just move the seat! I guess I’ll know when I open her up!