So I recently had occasion to re-watch Deliverance. What a fantastic movie in spite of the redneck rape scene.

Found this great story about how it all came about: https://www.mensjournal.com/adventure/deliverance/382859/

What other movies capture real canoeing in fictional film?

Set in 1643, Jesuit priest is assigned to search for remote Canadian settlement. Is transported there by Huron indians via canoe. They have to fend off attacks by warlike Iroquois tribe.

Worth a watch, if you can find it…

thanks for mentioning “The Black Robe.”
I was mesmerized by it.

Canoes mostly show up in old westerns being paddled poorly by Native Americans.
Last of the Mohicans had some good scenes with canoes.

Young family on whitewater rafting holiday in Montana. Trip turns into dramatic adventure when they are taken hostage by a pair of dangerous fugitives.
Some good whitewater rafting scenes.
Meryl Streep and Kevin Bacon in starring roles.

Worth a watch, but nowhere near as good as Black Robe.

I immediately thought of that one too – particularly remember the scene when the priest is traveling in the huge Canot du Nord and has to hang his butt over the gunwales in full view of fellow paddlers to empty his bowels. That was a great film, and pulls no punches about the realities of life back then (and the effect of pandemics.)

Another whitewater movie with Kevin Bacon was Whitewater Summer but not as good as River Wild. A cheesy tv movie where a c1 gets chased by a fleet of black perception kayaks was White Water Rebels.
If you haven’t seen Fitzcarraldo by werner herzog about an amazonian river boat being dragged over a mountain you might enjoy that- has some apocalypse now qualities and there was a documentary made about the filming of the movie called Burden of Dreams. Fitzcarraldo is not a canoeing movie rather just a really messed up river trip and of course there is African Queen in that same vein.

“Brotherhood”. A tragic story of how things can go very wrong.

For those who enjoyed Deliverance, there’s a really neat memoir by James Dickey’s son. It’s titled Summer of Deliverance.

It surprises me that this renewed interest in Hollywood for the trapping era (Revenant and Frontier) that there isn’t more emphasis on canoes. Hmmph. Probably too expensive and time-consuming to shoot (see above link on Deliverance filming).

In Hap Wilson’s book "GREY OWL and ME STORIES FROM THE TRAIL AND BEYOND " chapter 7 is about Hap being the Canoeing & Bushcraft consultant for Grey Owl the movie. I don’t know about the movie but Hap’s book is worth the read.

Also… A Canoeing & Kayaking Guide to Georgia pp 49-55 has behind the scenes info on the filming of /deliverance.

I Dug the Dugout

As a kid I used to stare in awe
at Tarzan’s jungle thing.
How on earth did Janet’s grand malfunction
not visit Me-Jane in mid-swing?
But all the more amazed I stared
at determined tribal ranks,
that fed themselves to crocodiles
paddle-pushing warped banyan planks! 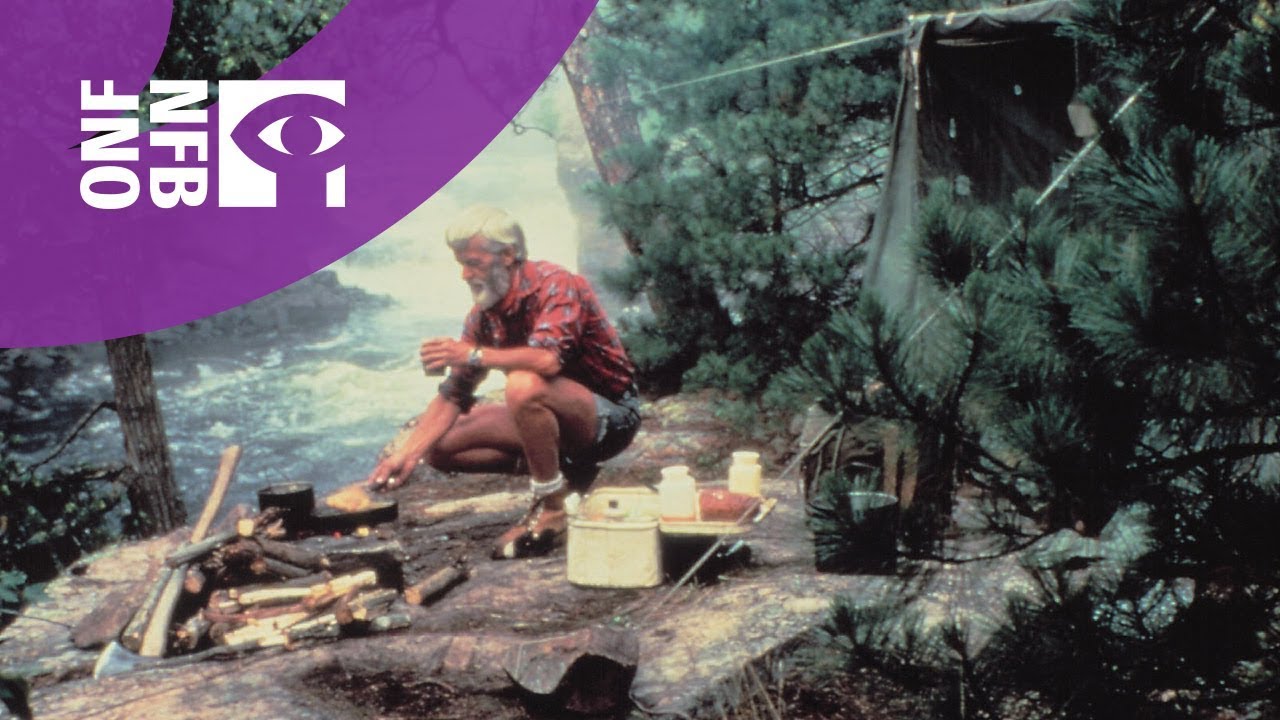 Not fictional film - its better than fiction. Can’t be overlooked if we’re talking about canoeing and film…

And the movie Grey Owl is worth watching, too. Pierce Brosnan plays Grey Owl. Not really about canoeing, but there is some canoeing in the movie. Grey owl was an interesting historical character and his is an interesting story.
Grey Owl’s actual writing is worth checking out as well.
Tales of an Empty Cabin and Grey Owl: 3 Complete Works are the ones I’ve read and would recommend. Others might be worth checking out as well. All I’ve seen are written in an early 20th century style which takes a little getting used to, especially if one is in the habit of reading a lot of stuff online. Grey Owl don’t do tweets.

I have a copy of Gray Owl’s “Pilgrims of the Wild” on Kindle. I’ve enjoyed it very much. (I rather suspect that Archie Belaney would perhaps Tweet and possibly also be a youtube influencer today.)

Quite possibly he would tweet, but I doubt that if he did it would be in as flowing, detailed, and descriptive a style as his other writing. I’m not sure that twitter followers would even tolerate such linguistic excess if he did.

This is the reason I specifically asked for fiction. I did a search before posting and Bill’s films are all highly acclaimed.

Oh, and also I guess Fellowship of the Ring has canoeing in it.

My apologies. Sorry about that… but Black Robe isn’t fiction either. I believe that is based on the founding of an actual mission by an actual priest though, no doubt, some liberties were taken in the telling.
And Ben’s right also - Paddling is almost as incidental to the movie Grey Owl as it is in Lord of the Rings. In Grey Owl’s books he is often photographed paddling with beaver, posing with a paddle, seated in front of a cabin with a canoe pulled up in front, but those photos were taken after the time in his life that the movie depicted. I guess I associate him with paddling because I’ve seen those photos and because the place and era depicted in both the movie and his writing I associate with canoeing, much as one associates horses with westerns.

What we need a new Hollywood genre: the northern. Why are we so caught up in countless fictions based in the west of that era and not the north? Why are there no shows like Rawhide (Beaver Pelt?) based on fur trade brigades traveling with canoes instead of horses? (I wonder, do horse lovers have westerns that are favored - regardless of plot, photography, acting, etc. - because they feature great horses or horsemanship? I know I can enjoy an otherwise pretty crappy movie - the River Wild, for example - if it has some good paddling sequences…)

BTW, Bill Mason’s early movie Paddle to the Sea would qualify as a fiction, no? (Its an NFB production and available free - It might be fun for the kids.) For better or worse it doesn’t have much in common with Deliverance or River Wild though…

No problem. There are just other threads pointing out all the training and documentary films relating to canoeing. Was hoping to find some new entertainment that’s not strictly factual or educational…There are some canoeing scenes in Frontier, but they are few and far between.