Hey folks,
I got myself an old Valley Nordkapp in partial trade for the sailboat I could no longer afford. I haven’t paddled her much yet, as I also got a new puppy around the same time. Whew, puppies are intense.
Anyhow, I wrote to Valley, showed them my certificate of number, and learned my kayak was “built by Geoff in 1992” and probably imported by Great River Outfitters of Detroit. Cool. I am assuming it is a Nordkapp HM, as it had the chimp pump on the deck (non-functional), oval hatches, a skewed stern, and is the right year.
Hope to leave the puppy ay home and go paddling soon. 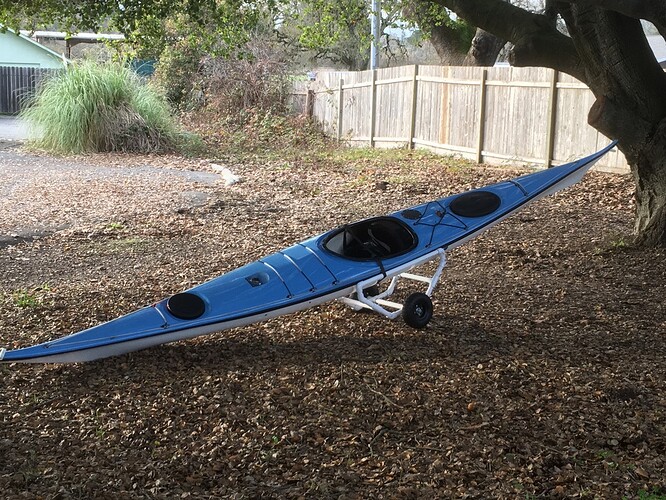 if the beginning of your serial number starts with the letters DKJ , Then it was imported by Stan {GRO}

May want to add some perimeter lines. Looks nice.

The lines are there, hard to see because they were white. I changed them to black.